Will this pandemic's legacy be a universal basic income?

Our editorial: The entire country is now a laboratory. And we will soon have reliable data on how the CERB affects individual decisions and outcomes on work, school and health. 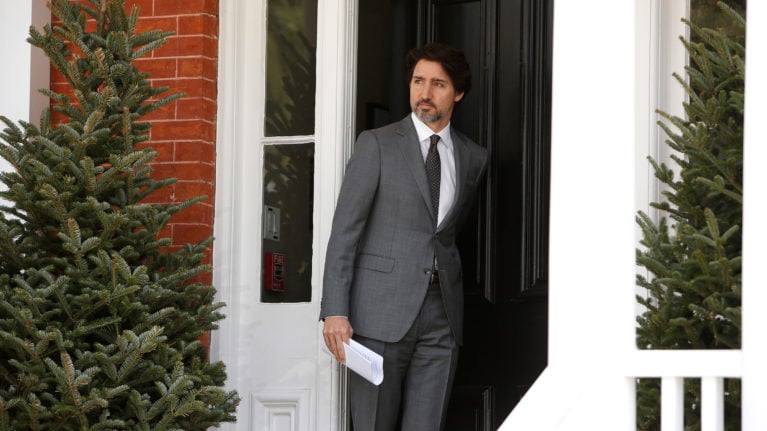 The Great Depression of the 1930s gave us the Bank of Canada, Employment Insurance (EI) and federal equalization payments. The Great Recession of 2008 produced a revolution in monetary policy and a legacy of concern about household debt.

Will the Great Lockdown of 2020 bequeath us guaranteed universal income?

Among the many unprecedented aspects of the global coronavirus pandemic is the sudden appearance of a widely available handout from Ottawa. The Canada Emergency Response Benefit (CERB) provides $500 per week to anyone who’s out of work because of the virus, or the economic shutdown it precipitated. And while CERB originally excluded students, gig workers and many others, subsequent refinements now mean nearly everyone who finds themselves in need can get some federal cash.

Such a policy innovation was made necessary by the many flaws of the federal EI and provincially run welfare programs; pre-COVID-19, nearly 40 per cent of unemployed Canadians didn’t qualify for EI, and welfare is much too cumbersome to provide emergency support. Within a month of the lockdown, the federal government had processed CERB claims from over seven million Canadians—a third of the entire workforce—and delivered $22 billion in temporary payments. It’s a stunningly successful policy rollout in the midst of a once-in-a-lifetime crisis.

But the notion of a universal or guaranteed basic income as a solution to poverty has been around in many forms for years. Proponents have ranged from philosophers to social welfare advocates to Milton Friedman, the late free market economist. A basic income given to every adult who needs it, regardless of ability or status, promises true social justice by ensuring no citizen suffers from a lack of necessary resources. For Friedman, the attraction lay in eliminating enormously complicated welfare bureaucracies. A cash payment is the simplest and most efficient way to help all people.

With so much to recommend the concept in theory, many experiments have sought to put it to the test in the real world. Several studies in the 1960s and 1970s revealed a range of encouraging social indicators, such as a greater tendency to stay in school among low-income children. Canada’s contribution, an experiment in Dauphin, Man., from 1974 to 1979, suggested benefits in hospitalization and high school graduation rates. Stockton, Calif., is currently providing select residents with a no-strings-attached $500 per month stipend; the latest evidence suggests recipients are making wise use of the money, with 40 per cent going to food.

And yet most studies also reveal a few significant disadvantages. Most notably: If you pay people not to work, they tend to work less. A 2013 academic study by current federal Treasury Board president Jean-Yves Duclos found a proposed minimum-income scheme for Quebec “would have strong negative impacts on labour market participation rates, and mostly so among low-wage workers.” Plus, it’s very, very expensive. In 2018, the Parliamentary Budget Office pegged the price of a Canada-wide basic income scheme at nearly $80 billion a year, or four times last year’s deficit. If universal income replaced all other federal programs aimed at low-income Canadians, the net cost could fall to $44 billion per year. While pricey, that’s cheaper than CERB to date.

In fact, we ought to consider CERB to be the biggest basic income experiment of all. The entire country is now a laboratory. And we will soon have reliable data on how it affects individual decisions and outcomes on work, school and health. If the results are supportive—and if Ottawa and the provinces are prepared to wind up all their other social assistance programs to create the necessary cost savings—we will have a historic opportunity to end poverty once and for all with a simple, efficient and dignified payment to all Canadians in need.

A universal basic income seems a fitting rebuttal to the universal hardship wrought by the current pandemic.

This article appears in print in the June 2020 issue of Maclean’s magazine with the headline, “A pandemic’s legacy.” Subscribe to the monthly print magazine here.