Philippe J. Fournier: A new poll shows the UCP has maintained support after 10 months in power, with an 8-point lead over the NDP 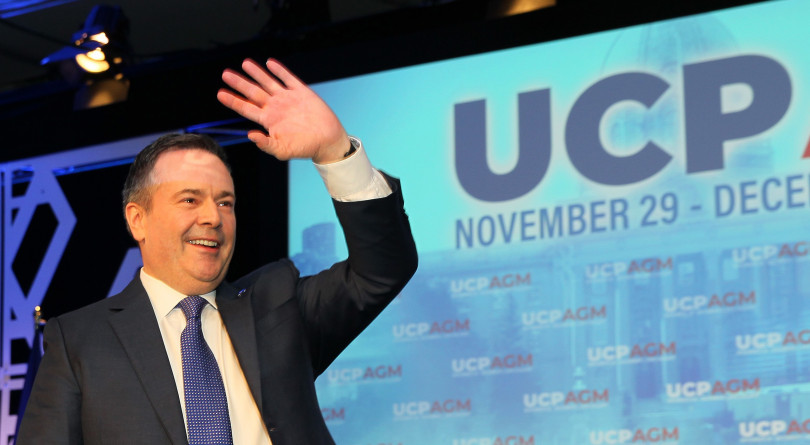 One year ago, Rachel Notley’s NDP government was in its last weeks in power at the Alberta Legislative Assembly. The merger of the PC and Wild Rose parties had successfully coalesced into the new United Conservative Party under leader Jason Kenney, and polls throughout the winter and spring of 2019 were unanimous: although Notley’s party was still holding its own in voting intentions, the UCP appeared poised for a clear majority.

On election day in April, the 338Canada electoral model had the UCP as a 25-to-1 favourite to win a majority government. That evening, Kenney lead his party to a decisive victory with the UCP winning 63 of the province’s 87 seats. Although the NDP had received more votes in absolute terms than 2015, the UCP tidal wave reduced the NDP to only 24 seats. Neither the Alberta Party nor the Alberta Liberals managed to win a single seat.

Today, after nearly one year in power in the Alberta legislature, Premier Kenney still holds a commanding lead over the Alberta NDP,  according to a new poll from Mainstreet Research commissioned by 338Canada.

The poll asked this question: “If the provincial election were held today, which party would you vote for?” Here are the full results: 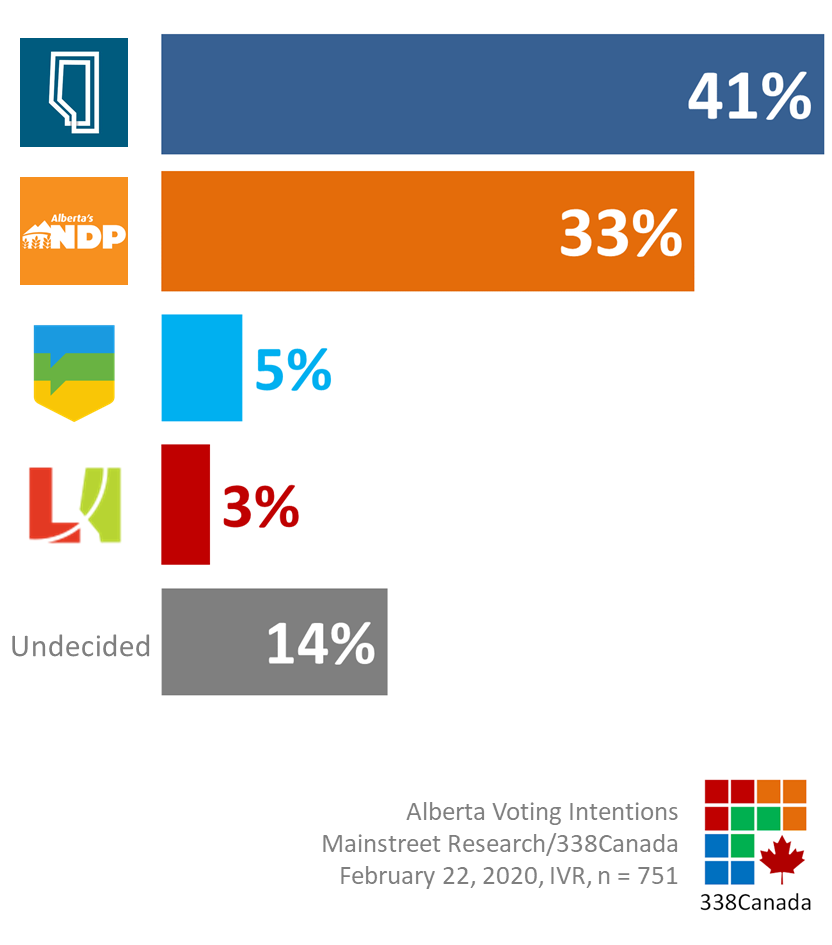 The UCP holds a statistically significant eight-point lead over the NDP, 41 per cent to 33 per cent. The Alberta Party, still without a permanent leader, stands as a distant third with five per cent.

Here are the results of decided and leaning respondents: 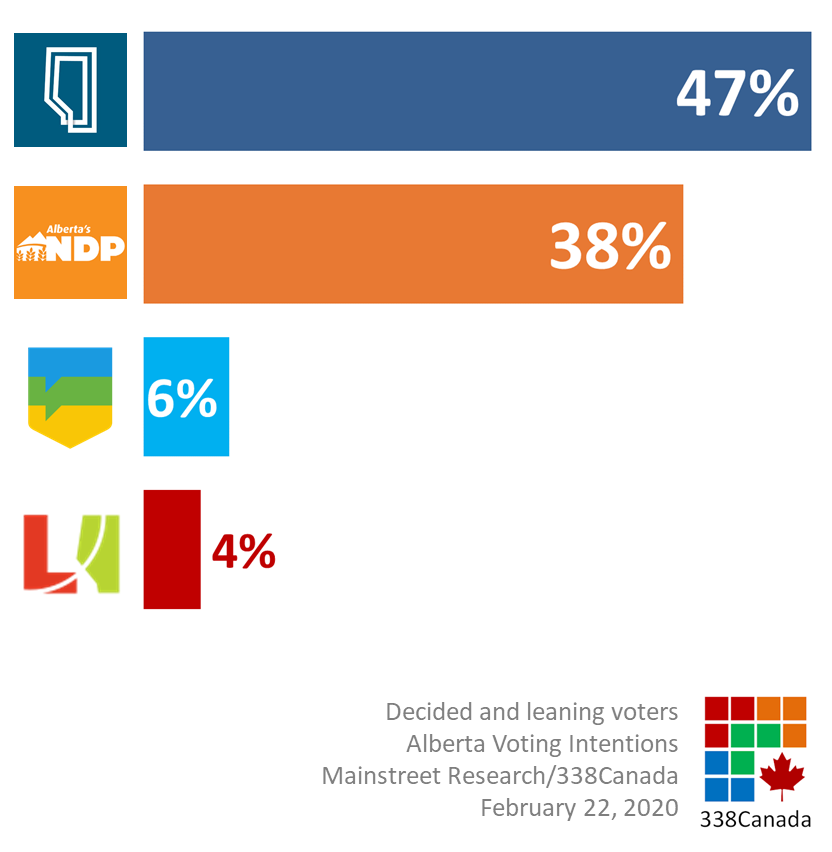 Close to half of decided and leaning respondents (47 per cent) support Kenney’s UCP. Let’s recall that in April 2019, the UCP had surpassed expectations by winning 55 per cent of the vote in what was the highest voter turnout for an Alberta election in decades (the final poll average had the UCP closer to the 50 per cent mark). It is therefore reasonable to conclude that Kenney has maintained most of his support after his first 10 months in power.

As for the NDP, the party remains competitive in Alberta’s two major cities, but is lagging the UCP by as much as 25 points in the rest of Alberta. According to the poll’s data, the NDP is statistically tied with the UCP in Calgary and is leading by six points in Edmonton. Naturally, we must use caution with regional subsamples because of the higher uncertainty of the results. Nevertheless, these numbers are in line with past election results and trends. In Alberta, just like Quebec, Ontario, and at the federal level, the urban-rural divide dominates the political landscape.

Visit the 338Canada Alberta page for vote and seat projections for all 87 Alberta electoral districts.

The poll was conducted on Feb. 22, 2020 by automated telephone interviews (IVR: Interactive Voice Response) and was commissioned by 338Canada. The poll’s total sample size is 751 respondents and the margin of error for this probabilistic sample is just under ±4 per cent. Details and tables of the poll can be found on this page.