338Canada: The by-election that could break the Parti Québécois

Philippe J. Fournier: In an April 11 by-election, the PQ will battle for one of its last seats. To lose the former stronghold could threaten the survival of the party. 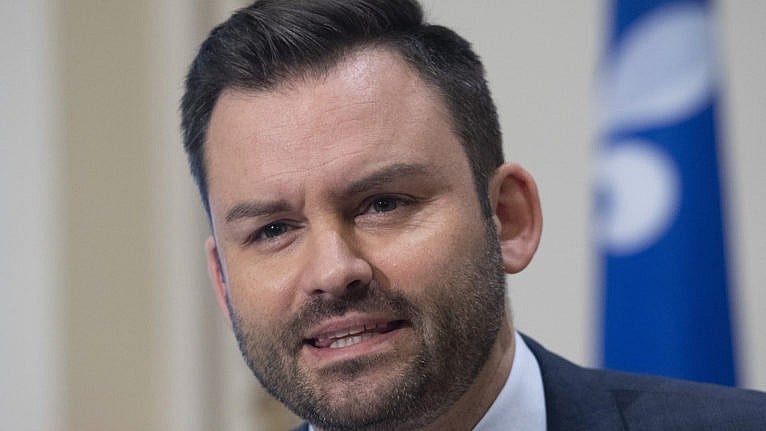 On April 11, voters of Marie-Victorin, a Quebec provincial electoral district in the heart of Longueuil, on the south shore of Montreal, will vote to elect their new Member of the National Assembly. While the outcome of this by-election will not directly change the dynamics of the current session, as the CAQ current holds a solid majority with 75 of the National Assembly’s 125 seats, it could play a major factor in the very survival of the party which has won 11 straight elections in Marie-Victorin: the Parti Québécois.

Several columns about the fall and possible dissolution of the PQ have been written over the past decade in Quebec media. However, I often felt those doomsday scenarios for the PQ read more like wishful thinking than predictions based on empirical data. While pollsters do not ask Quebec voters’ view on independence on a monthly basis anymore, the most recent data on the topic shows sovereignty is far from a non-issue for many Quebec voters—although even die-hard sovereigntists would admit support for independence is nowhere near its peaks from the mid-90s or during the sponsorship scandal in the early 2000s. In the winter of 2021, a Mainstreet Research poll measured the No-side leading 56 to 32 per cent. A year earlier, a Léger poll showed similar results with a 52-27 advantage against sovereignty. See a list of Quebec independence polls here.

Nonetheless, in the latest provincial polls, the PQ is standing on the edge of a precipice: In March alone, four Quebec polls measured PQ support between 7 and 10 per cent province-wide, significantly below the party’s already dismal 17 per cent result in the 2018 general election. The latest Angus Read poll in Quebec has the PQ at 9 per cent and, cross-referencing the results with the 2021 federal vote, we see that only a quarter of Bloc Québécois voters support the PQ at the provincial level.

In the 2018 Quebec general election, then-PQ rising star Catherine Fournier barely held on to Marie-Victorin for the PQ, winning the riding with 31 per cent of the vote, a mere 700 votes ahead of the CAQ candidate. She held on to this last PQ seat in the greater Montreal area until she left the PQ caucus to sit as an independent, citing that she felt she no longer belonged to the party. This past November, Fournier ran for mayor in the Longueuil municipal election and won in a landslide, vacating her National Assembly seat and forcing this by-election.

According to the 338Canada Quebec model, the by-election is currently projected as a toss up between the governing CAQ and the Parti Québécois. However, a local poll for Marie-Victorin was leaked in L’actualité by the Parti Québécois earlier this week. It indicated that PQ candidate Pierre Nantel (a former NDP MP first elected at the House of Commons in the 2011 Orange Wave) was holding a 12-point lead over his CAQ rival among decided respondents.

While we do not question the poll’s methodology, it is worth stating that it was conducted by Repère Communication, a PQ-leaning firm, and then leaked by the PQ itself. Naturally, while we do not completely discard these numbers, internal polls like these are not voluntary leaked if they are unfavourable to the leaking party (thus creating a selection bias in the data). Other sources on the ground in Marie-Victorin (contacted for this column) have indicated the race should be much closer, especially since the CAQ enjoys a robust Get-Out-The-Vote organization throughout the province.

Nevertheless, should this internal poll be accurate and Nantel saves Marie-Victorin for the PQ, it would be a significant victory for a party that has not enjoyed much positive coverage since 2018. Winning a close by-election a mere seven months before a general election may, in certain scenarios, bring along some much needed momentum to a party (and also help in recruiting candidates of quality). And while winning Marie-Victorin would not necessarily overturn the PQ’s current troubles, it still remains a far better scenario than the alternative.

Additionally, PQ leader Paul St-Pierre Plamondon could use some good news. Not only have the latest polls measured the PQ at its lowest levels since its early days in the 1970s, but data shows Plamondon is simply not perceived as a serious candidate for premier. To the question: “Which party leader would make the best premier for Quebec?”, the last Léger poll ranked Plamondon dead last, in fifth place, barely registering 3 per cent of support among all respondents. Even among PQ supporters, Plamondon was the preferred candidate of only 31 per cent of respondents.

On the other hand, what if the leaked poll does overestimate PQ support and Nantel loses this once PQ-fortress of Marie-Victorin? It could signal that, in the current Quebec political landscape, there are simply no more safe seats left for the PQ, save for Matane-Matapedia, where popular MNA Pascal Bérubé (former interim PQ leader) won with close to 70 per cent of the vote in 2018. If Plamondon and his team do not turn things around soon, starting with the Marie-Victorin by-election on April 11, Bérubé could potentially find himself as the last PQ MNA standing in the next National Assembly legislature next fall.