6 things we've learned about Jason Kenney and the Alberta UCP 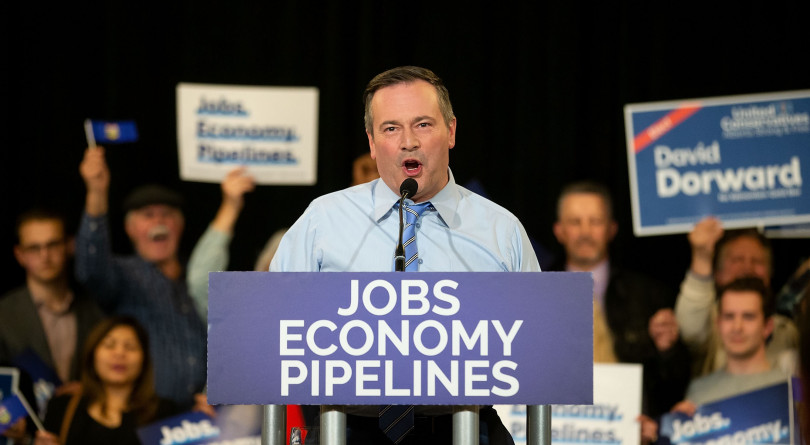 This is from Alberta Politics Insider, the daily Maclean’s newsletter for the provincial election campaign. Click here for what we’ve learned about Rachel Notley and the NDP.

1) He’s not such an amazing campaigner, after all: Jason Kenney came into Alberta politics renowned for his organizational prowess for the federal Conservatives—a co-architect of the Harper majority. In his first test as a political frontman, his flaws could be glaring. While charismatic at times, his stump speeches showed his wonkish tendencies: overlong, stuffed with 12-point platforms and constantly interrupted with “and oh, by the way” asides that Kenney just had to squeeze in. His vetting of candidates with intolerant views and past remarks was subpar, or perhaps his team was kept busy with a wide field of rejects and he had to overlook a few problematic figures.

2) Revenge fuels their electorate. Kenney likes to remind his partisans that Vancouver’s mayor has discussed a carbon-free city by 2040. It tees up his applause-grabbing line about “turning off the taps.” “Well, if the B.C. New Democrats continue to block our energy, we’ll happily give them a carbon-free Vancouver by 2020.” Alberta has curtailed shipments as leverage before, during the 1980s National Energy Program. Kenney’s self-proclaimed “fight back” strategy has targets and demands all over the place: environmentalists, international banks, Quebec, energy companies (they need to fight back, too) and of course Justin Trudeau’s Ottawa. One sign this works politically? Notley has often aped his approach, like her B.C. wine ban last year—his idea months earlier.

3) He was accessible to media—up to a point. Kenney rose through the political ranks at Stephen Harper’s side, but was always far more comfortable than Harper parrying with journalists. He engaged in long scrums throughout the campaign, eschewing the former Prime Minister’s policy of taking only five questions per day the media. He let reporters spend one-on-one time in his campaign vehicle (a pickup truck). In the final days of the race, he stopped welcoming reporters’ questions; aides attempted to physically prevent them from getting close enough to ask him about his candidate whose business was raided by RCMP.

4) Investigations will dog a Kenney government from Day One. Last week’s late-night police search warrant on a business owned by Calgary–East candidate Peter Singh is one in a series of legal troubles the UCP would bring with them into government, if polls prove correct and they win. The RCMP is questioning people about alleged voter fraud in Kenney’s party leadership victory, while the Alberta Election Commissioner continues to investigate the shenanigans of Jeff Callaway, Kenney’s stalking-horse candidate in that contest. This many controversies can sometimes be enough to drum a politician out of office. But to enter office with this many problems? In a way, Kenney must be grateful economic anxiety is running so high in Alberta.

5) The UCP will legislate on social issues. Two years ago, when Kenney first mused about parental notification of students in gay-straight alliances, he faced overwhelming backlash. So it was surprising he promised mid-campaign to undo some legislated protections for GSAs that the NDP enacted. This triggered some of the fiercest reaction his campaign has provoked, fromrallies to Charles Adler’s radio program. Given the aggressiveness of the NDP’s attack strategy and Kenney’s willingness to nibble at the edges of LGBTQ rights, it surprises me that Notley’s team didn’t warn darkly about what a UCP government might do on abortion rights.

6) Kenney might be a bigger drag on the party than expected. Many UCP candidates were not only wary of bringing up Kenney at the doorsteps, for fear of negative reaction, but also shied away from their provincial party’s name. Saying “hi, I’m your Conservative candidate” was a handy way to focus on the popularity of generic conservatism, and downplay the party Kenney created. If there was a campaign brochure with Kenney’s face, odds are it was from the New Democrats. UCP pamphlets were less likely to feature photos of the candidate with his or her leader.