A day in the life of an election 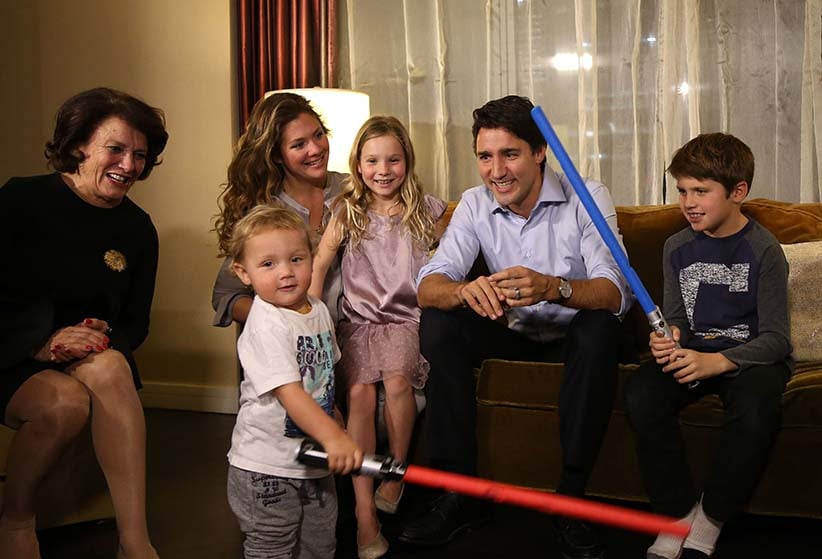 There were no more stump speeches left to give and no more debates to be had. On Oct. 19, the final task for the party leaders in Canada’s 42nd election was to get out the vote.

We voted as a family this morning in Papineau. Get out there and make your voice heard! #realchange #elxn42 pic.twitter.com/W1VcfE9iTI

Stephen Harper didn’t tweet out a picture of him voting, but when asked how he felt after casting his ballot, he talked about the nice blue sky. Tom Mulcair, meanwhile, didn’t have to worry about waiting in line today, as he was one of about 3.6 million Canadians to vote during advanced polling.

Braved the rain today to do the most important thing this election: vote. I encourage everyone to vote early. —TM pic.twitter.com/VZyHyeLpOJ

Across the country, Canadians were encouraging each other to vote by snapping selfies outside polling stations.

I've been waiting all year for this day. :D #elxn42 #IVoted pic.twitter.com/Kw0oWuCf0b

#Ivoted! Hopefully you will too. Let's make Canada better! pic.twitter.com/dEfxQoNcge

And there were several initiatives online to encourage people who don’t vote as often. In 2011, fewer than 45 per cent of eligible Aboriginal voters on reserves cast a ballot, so this time around, many tweeted out a rallying cry to “Rock the Indigenous Vote.”

And it may have worked.

And to encourage future voters to get in the habit of casting a ballot, Maclean’s called on mom and dads to #GiveKidsTheVote by taking their children to polling stations with them.

Huzzah! #ivoted with my daughter! She sat in the polling booth while I marked my X #takeagirltovote pic.twitter.com/SjR9uNQAqX

@EqualVoiceCA well, i took two girls to vote, but one is a camera hog. #takeagirltovote pic.twitter.com/llPyctSD4V

That’s not to say voting was as simple as it should be. Many voters were frustrated by new ID requirements that could easily have led others to simply to give up and not vote.

But for many Canadians, the simple act of voting was, as Mohamed Fahmy put it:

Euphoric! I could get used to freedom and democracy…… #elexn42 #Canada pic.twitter.com/KydcnXzaLX

When the polls closed out east and results started coming in, Atlantic Canada quickly turned a Liberal red.

Did Atlantic Canada vote this way on purpose to make their regional map look like a lobster? #passthegarlicbutter pic.twitter.com/bPcj7Fyzvc

And within 10 minutes of the polls closing in Ontario and Quebec—and with people still voting in B.C.—all the major TV networks projected a Liberal government.

CANADIANS DECIDE THEY DO NOT WANT TO PROTECT OUR ECONOMY.

And it would be a majority.

Well for a new generation Trudeaumania2 has arrived. A majority. Again. Pollsters wrong.

The Conservatives will make up the official opposition, though they won’t have Finance Minister Joe Oliver or Immigration Minister Chris Alexander, who were both ousted in their ridings.

The scene at Chris Alexander's party. I use that term loosely. #elxn42 pic.twitter.com/C5cBauw3dM

And the tide went out on the 2011 Orange Wave, as the NDP fell to third. In fact, several big-name NDP MPs lost their seats, including Megan Leslie, Peggy Nash, Peter Stoffer and Olivia Chow.

Justin Trudeau will be the 23rd prime minister of Canada.

Guys, @JustinTrudeau gets to move back into his childhood home. #elxn42

We have another Prime Minister Trudeau as Liberals sweep into power: https://t.co/iECdT8h0hv pic.twitter.com/MNlCNxqCc8