A fall election? The Liberals may not get a better window.

Philippe J. Fournier: The latest 338Canada model suggests it will be a challenge for the Liberals to win a majority, and it's unlikely to get any easier 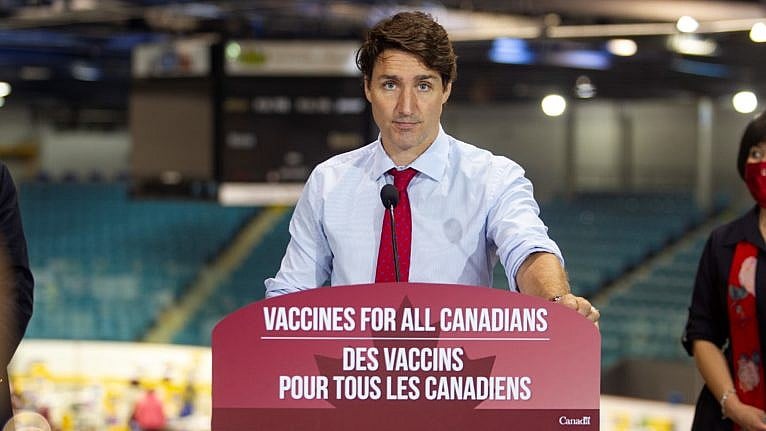 Who is in the mood for a general election in Canada this fall?

Not many of us, according to a recent Nanos Research poll published by CTV News. Results from this survey indicate that only 26 per cent of Canadians “support the prospect of a federal election in the fall,” while 37 per cent would be upset if the writ were to drop in the coming weeks. Regardless, the brief reprieve that was July 2021 has come and come, and August promises to be much busier on the political front, with an election call expected soon, perhaps even in the next fortnight.

So, why an election, you ask? Although federal polls released in the past month have shown some divergence, they all agreed on which party is leading in voting intentions. In June, Abacus Data, Ipsos and Mainstreet Research all measured the Liberal Party (LPC) leading the Conservatives by double digits nationally, while Léger, Research Co. and Angus Reid showed a closer race, but still all gave an edge to the Liberals. Most polls fielded in July (see complete list here) measured a somewhat closer race with Liberal leads ranging from 2 points (Mainstreet Research) to 7 points (EKOS). Only Innovative Research had the Liberals far ahead of Conservative Party (CPC), namely 41 per cent support for the LPC against 27 per cent for the Conservatives.

Here below are all federal polls since January 2021. Looking at the big picture, we see plenty of statistical fluctuations, but very little net movement:

This week’s 338Canada federal update has the Liberals leading the CPC by an average of 6 points, with the LPC sitting at 35 per cent and the CPC at 29 per cent. Worthy of notice is the NDP still standing strong in third place with 20 per cent, despite terrible numbers in the province of Quebec:

It bears repeating that the numbers presented above represent averages, and the coloured bars on the graph depict the projection’s confidence intervals, which follow a bell-shaped distribution. On the graph below is a comparison of this distribution with the latest federal polls for the Liberals. Only Innovative Research lies outside the current confidence intervals:

Here is the graph with results for the Conservatives. Abacus Data is at the edge of the distribution with 25 per cent, but, in fairness to Abacus, its latest public poll was fielded in late June (others were conducted in July), so those numbers may have changed since then. We shall see in the coming days and weeks. Worthy of note: All polls show the CPC below its 2019-result of 34 per cent.

As for the NDP, recent polling has the party near the 20 per cent mark on average. Additionally, every polling firm except Mainstreet measures NDP support higher than the party’s 16 per cent result from 2019. However, let us also recall that most firms had overestimated NDP support in 2019 (by an average of two points), so NDP hopefuls should not count their chickens just yet.

Using data from aforementioned polls, the 338Canada model has the Liberals winning an average of 163 seats, a mere six seats above its 2019-result and seven seats short of the threshold for a majority at the House of Commons. While the Liberals remain clearly in the driver seat, currently available data indicate that the most likely scenario, should an election have been held this week, would be a LPC-lead minority government in Ottawa.

With the Bloc Québécois still holding its own in Quebec and the NDP near the 20 per cent mark, the Liberals would have to benefit from either a collapsing CPC vote in Ontario (which data doesn’t show) or an incredibly efficient LPC vote—meaning getting their vote out in all the right places and winning a majority of toss up districts.

Naturally, national numbers do not tell the whole story. While the CPC is currently down 5 points on average compared to its 2019 national result (34 per cent), this loss of support appears to be mostly concentrated in Western Canada, especially Alberta, where the CPC blew away it rivals in 2019, and thus could afford to shed some support without losing many (if any) seats. Current levels of support for the Conservatives in both Quebec and Ontario haven’t bulged much compared to 2019, which explains why the CPC is still projected to win between 100 to 120 seats, and thus making an LPC majority victory mostly dependent on either the Bloc or NDP collapsing.

On the other hand, Mainstreet Research’s latest federal numbers in Ontario showed the LPC and CPC neck-in-neck in the province, while other firms measured LPC leads ranging from 6 to 12 points. Mere subsample fluctuation or a new trend? Should we see a tightening race between both parties in Ontario (and with the NDP still polling at or above 20 per cent), no fewer than 25 to 35 seats could become in play, enough to flip this projection on its head.

So, why an election? The latest polls hold at least part of the answer: Because the Liberals could potentially secure a majority and may not have another window to do so in the foreseeable future, even though reaching the threshold of 170 seats may still be quite a challenge according to the data. Nonetheless, if not this fall, then when exactly could the Liberals hope for a better window to go for their third straight mandate? Next spring, after a second consecutive budget with a deficit ranging in the hundreds of billions? Unlikely.

Some have cited the cases of past premiers whose early election gambles backfired: David Peterson, Jim Prentice, and Pauline Marois all come to mind. However, John Horgan in British Columbia and Blaine Higgs in New Brunswick were both leading minority governments when the COVID-19 pandemic reached our shores, and both came out with majority mandates last year. The Newfoundland and Labrador Liberals also went from a minority to a majority this past winter.

So which of these outcomes will best mirror the next federal campaign? We shall see very soon.

If there is an election, that is.

Follow 338Canada on Twitter here. Details of this projection are available on the 338Canada page. To find your home district, use this list of all 338 electoral districts, or use the regional links below: