A heartbreaking image from Syria, in the subject's words 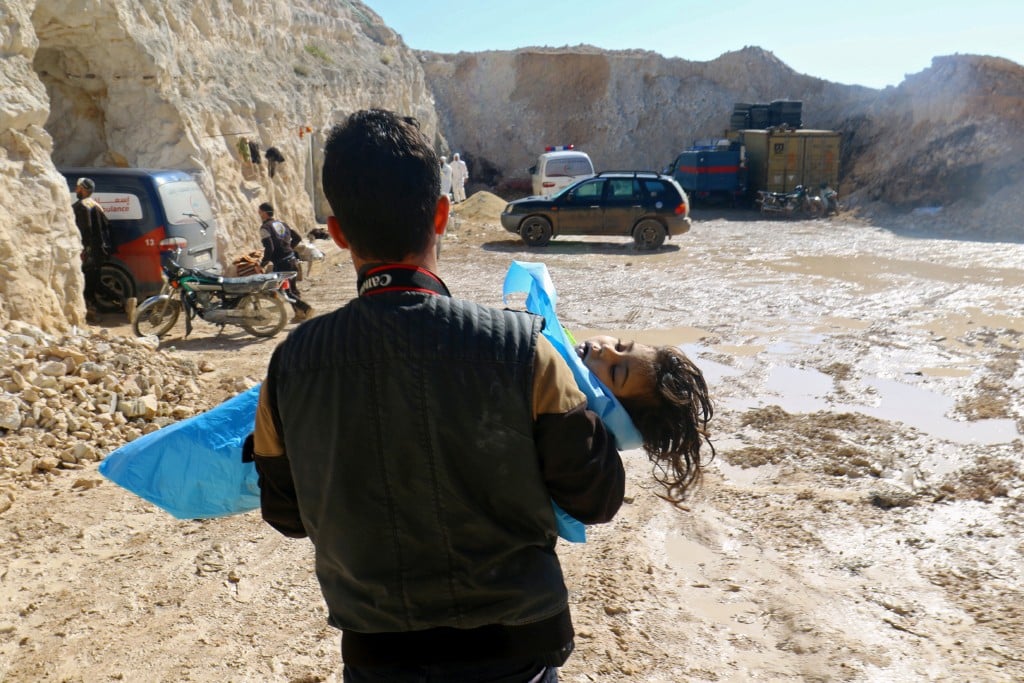 The harrowing image of Kutini carrying the body of a dead child, after a suspected chemical weapons attack, sped around the globe (Ammar Abdullah/Reuters)

On Tuesday, the city of Khan Sheikoun, Syria experienced the worst chemical attack in the country since 2013. It killed more than 80 civilians, including at least 30 children, and led the United States to launch 59 missiles at one at a Syrian military airbase two days later. As news of the chemical attack spread, a photo from the aftermath became iconic. Published by the New York Times, ABC News and outlets around the world, the photo features a man carrying a dead child. As hinted by the strap around his neck, he is a photographer. He is Hamid Kutini, 23. He works for the Syria Civil Defense, a volunteer NGO known as “the white helmets,” which does aid work in rebel-held Syria. Maclean’s reporter Meagan Campbell spoke with Kutini from his home in Khan Sheikoun.

Can you describe what happened?

On Tuesday, April 4, I woke up at about six. The temperature was about 20 or less, nearly cold. I was in the Civil Defense Center. It was targeted. We were losing control. The Civil Defense Center had 10 airstrikes. I miraculously survived it. I saw the first person falling to the ground. They said, “please come and save us.” I found children losing their parents. The [dead bodies] were foaming at the mouth. Their lips blue.

Who was the girl in the photo?

She was one of tens of child victims. I don’t know after that who [she was]. Not just her—I picked up other strong children. I brought them to the Civil Defense Center. She was not moving, and I didn’t feel anything [in a pulse]. My friend found her dead in her bed.

You could have decided to stand back and take photographs. Why did you help?

My mind went, and I didn’t think about any more. I was shocked. I watched how their [fluids] came out of their bodies. I left the camera and started to help.

Are you suffering from gas exposure yourself?

I felt weakness of vision, shortness of breath. I was still for two days after the attack. I have only slept for two hours since the attack occurred [because of] the wisdom in my mind and the fear of more bombardment.

Why do you do such a dangerous job?

I am from Khan Sheikoun. I was studying mechanical engineering. I left my university and chose this work to help my family here. I lost two of my cousins and many of my friends here. [The White Helmets] have been targeted more than six times. I choose this work for the whole world to see who is from Syria, and I saved not only photographs. If I left Khan Sheikhoun, who will save the rest?