A near-perfect call on the Alberta election

The vote projection prepared by 338Canada.com for Maclean’s was 97.7 per cent accurate, missing just two seats. Here's the breakdown. 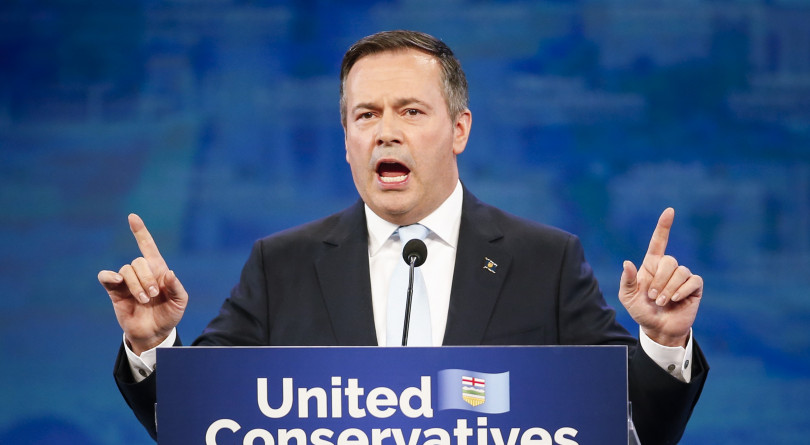 A detailed post-mortem of the election will be available soon at 338Canada.com—obviously, we first need to wait for the final results, including all the advance votes that were cast prior to election day.

Consequently, many riding projections also underestimated the UCP, although, as you will see below, the overall record is highly satisfactory.

Out of 87 districts, the 338 electoral model correctly identified the winner in 82 of them. The 338Canada electoral model is a general election simulator which uses opinion polls from professional firms, demographic data from the Canadian census, and the electoral history of all districts to calculate popular support of political parties per districts. The results from those simulations are then used to calculate the probabilities of victory per party. (Read more about the methodology here.) 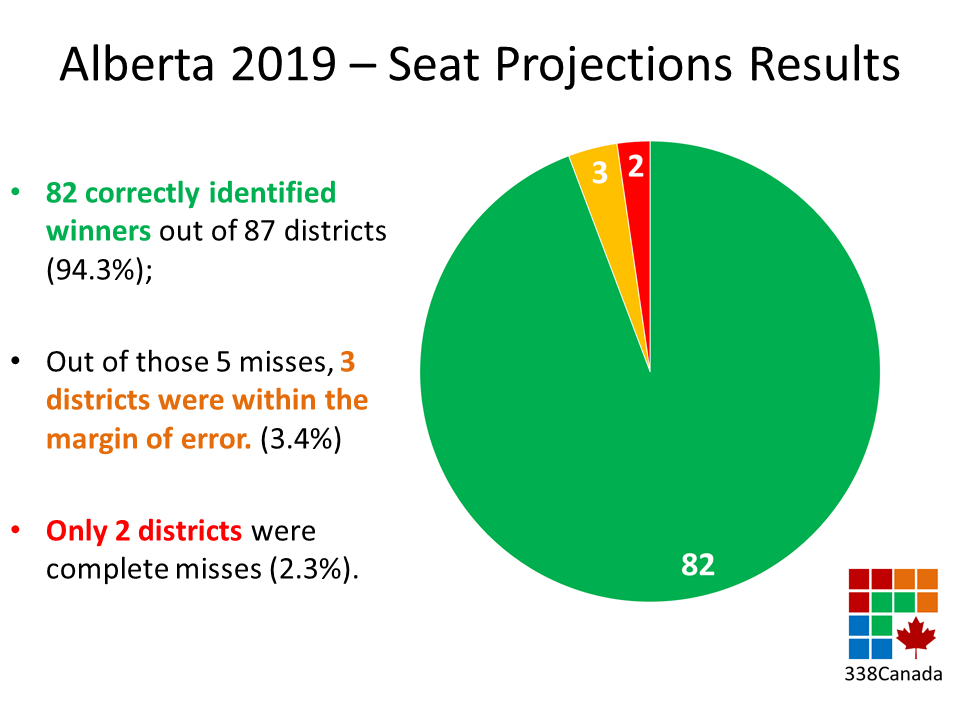 Out of the other 5 districts, the winner was within the confidence intervals in three of them. Those are Calgary-Curie, Calgary-Elbow and Edmonton-South.

Only two districts were complete misses. Those are Calgary-McCall and Calgary-Mountain-View (where Liberal leader David Khan finished fourth as the Liberal vote completely collapsed and pushed the NDP in first place).

So the winner was correctly called or was within the confidence intervals in 85 of 87 districts (97.7 per cent).

More number crunching soon. I’ll wait for the full results. In the meantime, I’ll take a few much needed naps.