Bryan Matheson took up an interesting part-time job after the provincial government called asking for a favour: Could he become mayor of Craik, Sask. for a little while? 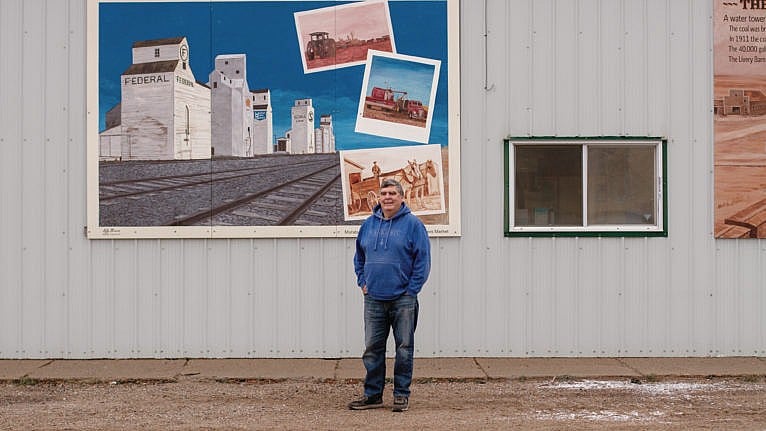 Bryan Matheson was whiling away a May afternoon on his laptop, as retired teachers do, when out of the blue came a call from a manager from the Saskatchewan government. She needed a favour, just for a few months. Could he become mayor of Craik? The town of 400, he was told, had suddenly lost its mayor and enough councillors that it no longer had quorum for meetings.

Matheson, 71, had two reasons to potentially pass on the offer. First, he had a summer cabin on Waskesiu Lake in northern Saskatchewan, wonderfully close to the golf course. Second, he was already the mayor of Lumsden, the town where he lives, 90 km southeast of the mayor-less one in need of his services.

That first factor gave him pause, but holding down two part-time mayoral jobs at once didn’t seem so daunting. Matheson said yes, and embarked on this rare double duty for five months, until Craik could hold its election and replenish its council and top chair with locals.

READ: Oshawa’s new mayor once saved his own life from ruin. Can he save his city next?

He wasn’t told precisely why the Saskatchewan government had identified him as a candidate to fill this emergency vacancy in a town he knew little about. Matheson reckons it’s because, as a three-term mayor in Lumsden, he’s on the provincial municipalities association’s mentorship committee, and often fields calls and queries from fellow mayors in a bind. After presiding over his fifth council meeting in October, Matheson called it “certainly a learning experience” and hopes it was positive for Craik, too. “The fact I missed three, four or five rounds of golf? Life will move on and I won’t suffer so much,” he says.

Craik, which lies almost smack in the middle of the drive from Saskatoon to Regina, is no stranger to trouble. Though it sits near a reservoir that gives it the motto “Best town by a dam site,” Craik spent 10 years under a boil-water advisory until a new treatment plant gave the community clean drinking water in 2019. Like many small farming towns, it struggles for lack of economic development. It drew acclaim from environmentalists across Canada for an “Eco-Centre” restaurant and meeting complex made of salvaged timber and compressed straw-bale walls, but that burned down in 2016 and was never rebuilt. 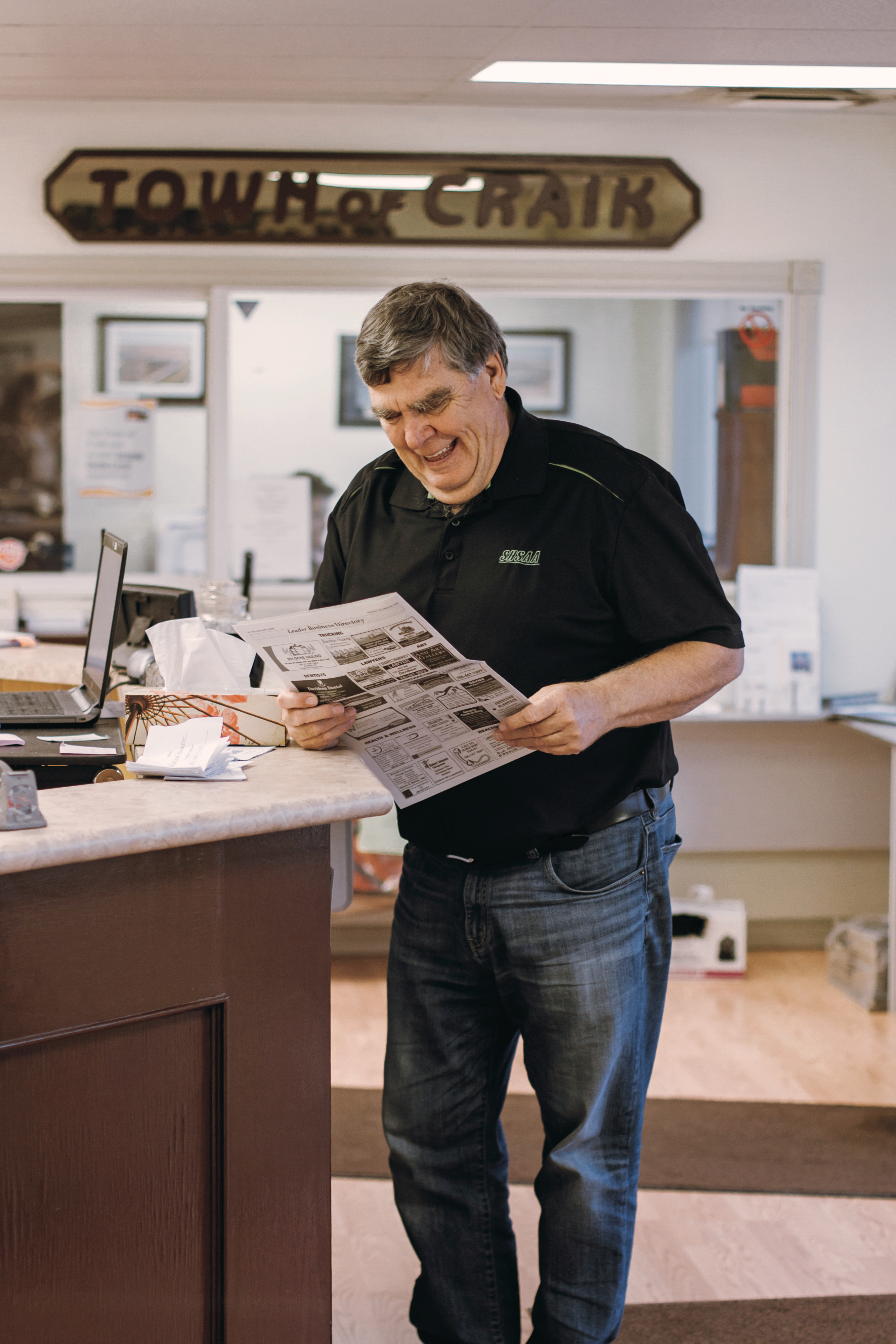 Matheson at the town offices of Craik, Sask. (Photograph by Breanna Doucette-Garr)

This year, elected mayor David Ashdown and several councillors resigned amid a swirl of the sort of rumours and conflicts that afflict many small-town councils—a level of bitterness that prompted one former councillor to hang up when Maclean’s called to ask about the brouhaha. Much of it centred on false insinuations from some locals that the town’s lone administrator misused funds. The prolonged squabbling drove Ashdown to leave in June for the sake of his own health. “My doctor tells me I should avoid most stress of any kind,” he says. Six weeks after he quit, along with two councillors who departed at around the same time, Ashdown had emergency surgery that he says was unrelated to the political stress he’d withstood.

The tumult left Craik with only three councillors, and it needs four to conduct municipal business or even schedule by-elections. That trigged the provincial government to use its extraordinary powers to fill vacancies by appointment: while out-of-towners can’t legally run in a Saskatchewan municipality’s elections, they can serve as appointed placeholders. Along with Matheson as interim mayor, the province appointed a Lumsden councillor (whom Matheson recommended) and a third new member from the highway-side village of Bethune. They’d join the locals until the Nov. 9 municipal election would let Craik restock its own shelves.

Matheson says he drove up to Craik a few times before his first council meeting, to meet colleagues and familiarize himself with the town and its issues. Reviewing council minutes, he was irked by how regularly the body held private “in-camera” meetings, and resolved to change that. “Whoever was talking about me ahead of time made me sound a lot tougher than I am,” he says of chatter around town. “When I heard that I thought, That’s not a bad thing to have people thinking.”

You might assume town residents wouldn’t take kindly to a mayor from a bigger community (Lumsden’s population is 1,824) swooping in to fix things. You’d be wrong. “They seem to be holding the town together,” Gwen Eyre, a retired nurse who chairs Craik’s Legion board and runs the wintertime walking group for seniors, says of Matheson and the other newcomers. Craik-based councillor Lawrence McRae had himself turned down an offer to become mayor. Matheson, he says, “kind of fell in with the ball game here and was pretty good.”

In his brief, unelected tenure, Matheson mostly played caretaker mayor, funding a tree removal here; approving a building permit for a garage there. But he did have to tend to a brush fire or two. The old council had given the green light for an upgrade on a main road through Craik, but crews applied the wrong type of gravel, leaving a washboard-like mess. The Lumsden/Craik mayor saw to it the road was fixed, properly this time.

There were complaints, Matheson says, but of the petty sort the past council struggled with: workers shouldn’t be mowing that boulevard, or should be doing it this way. “It was nitpicky stuff—stuff that in Lumsden people know better than to phone me and complain about.”

Two men registered to run for mayor of Craik in its next election, and 10 people for council positions. Matheson is acclaimed for a fourth term as Lumsden mayor. He’ll think fondly of Craik the next time he passes it on Highway 11, but they shouldn’t expect him to attend another council meeting.

This article appears in print in the December 2020 issue of Maclean’s magazine with the headline, “The emergency pop-up mayor.” Subscribe to the monthly print magazine here.