A veteran assistant on the Hill: Duffy's latest collateral damage?

The sticky sort of tragedy attached to the Duffy trial: it sucks in innocents 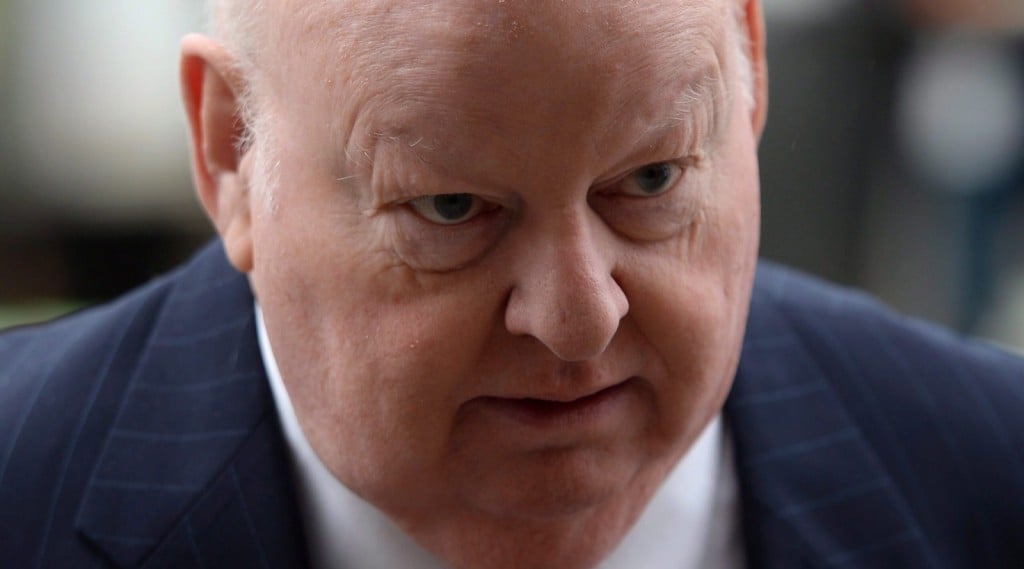 Mike Duffy had a number of Senate cellphones to his name already. By the time his new executive assistant, Diane Scharf, stopped by the red chamber’s telecoms office in late 2011 seeking a new one, they gave her a handset but refused to cover the monthly charges. When she got back to Duffy’s office on the third floor of Centre Block and reported this, Duff thought of a solution. Pay it, she testified he said, and Gerald Donohue will reimburse you.

“Now, we were not trying to circumvent Senate rules,” Scharf, who packs a lot of personality into her small frame, told court today before getting queried on the matter. “It was just to serve the public!”

And yet, for all Scharf’s charming conviction—she is a sprightly woman who has worked in one capacity or another on the Hill for some 42 years, including for prime ministers Pierre Trudeau and John Turner—this is precisely what Duffy’s workaround accomplished, at least according to the Crown’s case.

It circumvented the rules.

Here, as on so many other occasions raised in Ottawa’s Courtroom 33, where the now-suspended senator for P.E.I. is on trial facing 31 charges of fraud, breach of trust and bribery, Duffy appears to have funnelled public money through one of his old friend Donohue’s private companies—either Maple Ridge Media Inc. or Ottawa ICF—in order to pay for goods and services for which the Senate would otherwise refuse to cough up money.

It seems Duffy hit upon this method after Senate finance officials balked at a bill from his makeup artist early on in his tenure at the red chamber.

Duffy couldn’t believe getting his noggin polished for his official Senate portrait wasn’t worthy of taxpayer dollars. Now he was intent on getting his executive assistant a free BlackBerry.

During the six months she worked in Duffy’s office, Scharf cashed one cheque after another to pay for her cell. The first, dated Nov. 18, 2011, for $199.63, was followed every couple of months or so by smaller cheques, upon which Donohue affixed to the Re: section notes like “Bell Srv” and “cellphone.” Scharf needed the device for her work. But if one buys into the Crown’s case here, that method of reimbursement put her in a dubious position re: the Canadian taxpayer.

We’ve yet to see whether Scharf’s otherwise apparently impeccable Hill career will be considered collateral damage in the suspended senator’s wake. That is the sticky sort of tragedy to this kind of circus: it sucks in innocents.

Not that the feisty Scharf appears incapable of defending her own honour—or Duffy’s. She painted a portrait of the senator’s office as amongst the busiest she’s known.

“There were days when I was running around in my high-heeled shoes just to keep up with it all,” she told court. “I wouldn’t take lunch breaks—I would eat at my desk … He worked me hard, and he worked hard himself.”

Neubauer told her he hesitated, given her description, even asking whether it was full-time work.

“And then some!” Scharf told him.

And where Melanie Mercer, for whom Scharf was filling in during a maternity leave, appeared guilty when she spoke of the practice, Scharf was forthright about the Duffy office habit of keeping a stack of pre-certified travel expense claim forms, to use in a pinch so that they could get the senator’s receipts in before the 60-day deadline.

“There was the occasional time when I had to use a pre-signed form to complete the claim,” she said as matter-of-factly as you please. “That is a common practice both in the Senate and in the House of Commons,” she added, again in a tone of voice that left you in no doubt that it was true.

(Earlier, defence lawyer Donald Bayne prompted Mercer to remind the court that this scheme wasn’t Duffy’s idea, or hers, but had been taught to her by a Senate staff veteran.)

On another occasion, when Neubauer directed our attention to a travel expense claim prepared by Scharf for a February 2012 trip from Ottawa to Charlottetown, he pointed to something Scharf had scrawled into the paperwork reading “Senate business — Crucial meeting.”

How, Neubauer wanted to know, did Scharf know this meeting was crucial?

“Either he told me it was or I read it in his Lotus agenda,” Scharf said, referring to the celebrated “diary” document in which Duffy recorded everything from what he’d paid for taxis (which was very Andy Warhol of him), to his indigestion, to the deaths of close family members.

Neubauer quickly shifted focus to that diary, and specifically to its entries for Feb. 14, 2012. They include something about sewage, followed by a wake for Mary McCabe, Duffy’s cousin, who had died two days earlier. It is that event that the Crown suggests actually prompted Duffy to book this P.E.I. day trip, at a cost of $1,873.56.

But Scharf was having none of that. When Neubauer inquired of her what possibly could have been so “crucial” about his meetings in Charlottetown that day, in light of the diary details, she pushed back, saying she could not remember what Duffy might have said of this.

“But I do remember that 300 fishermen out of work because of sewage in Charlottetown Harbour was a crucial matter,” she told her interlocutor in animated fashion. “The men were desperate—they were out of work!”

Sewage in that harbour remained a news-generating issue in Charlottetown as recently as last year.

Otherwise, today was largely overshadowed by the release of auditor general Michael Ferguson’s Senate report—the room in Ottawa’s Elgin Street courthouse was nearly emptied of press—and featured more friction between the Crown and defence, and between the Crown and Justice Charles Vaillancourt, who dismissed a Crown objection as “picayune.”

And Scharf’s dark flashing eyes and playful, combative nature in the witness box stood in stark contrast with Mercer, who completed her testimony this morning.

Mercer revealed that one of the Senate executive assistants who helped train her, and who taught her to stockpile pre-certified travel expense claims, worked for former Tory senator Michael Meighen, an image of whom Duffy had enlarged and professionally mounted at a Kanata photo shop to celebrate his retirement.

A Gerry Donohue cheque paid for that photographic work. And so it goes.