What is a minority government, and other questions Canada is googling

Here are the answers to the five most common questions about the B.C. election Canadians are asking Google 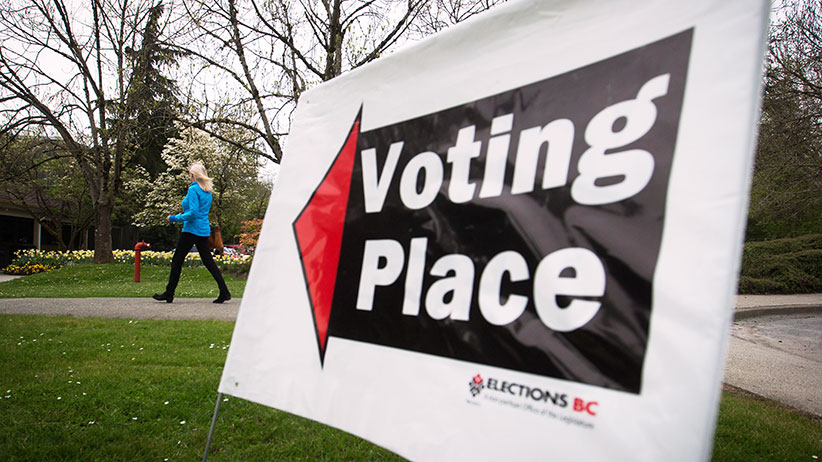 A woman arrives at a polling station to vote in the provincial election in the riding of Vancouver-Fraserview, in Vancouver, B.C., on Tuesday May 9, 2017. (Darryl Dyck/CP)

The B.C. election is over, but with the Liberals winning only a minority of seats, the Green Party holding the balance of power—and with the results from at least one key riding still to be determined—questions about who will form the next government in the province remain unresolved. Maclean’s asked Google to provide the five most common questions Canadians are searching over the past 12 hours. Here are the answers.

1. What is a minority government?

A minority government occurs when no single party in an election wins a majority of the seats. In the B.C. election, a party needed 44 out of 87 seats to win a majority mandate. As of 9 a.m. Pacific time on Wednesday, the Liberals held 43 seats, the NDP 41 and the Greens 3. It’s the first time since the early 1950s that B.C. has voted in a minority government.

Premier Christy Clark remains premier, and she’ll get the first shot at forming a new government when she visits Lieutenant-Governor Judith Guichon. The Liberals could attempt to govern on their own, and negotiate on an issue-by-issue basis with opposition parties—including the Greens, who would hold the balance of power—or they could attempt to form a (possibly more stable) governing coalition that invites MLAs from another party—again, likely the Greens—into the provincial cabinet.

If Clark can’t maintain the confidence of the legislature, Guichon could invite the opposition parties to attempt to form their own government—or she could dissolve the legislature and drop the writ on a new election. The timing of that potential drama remains uncertain; the legislature is not currently scheduled to sit again until October, and MLAs can’t test their confidence in the government until they sit. That said, the legislature could choose to meet earlier.

2. What are the BC election results by riding?

To get a map and detailed results by each riding, click the bar below:

3. How many people voted in the B.C. election?

4. How long has Christy Clark been Premier?

Christy Clark has been premier since February 2011 when she won the Liberal leadership race to replace former premier Gordon Campbell.

5. What did Christy Clark say in her speech?

Here’s a transcript of what Clark said on election night:

“Well, some things only happen in British Columbia. And here tonight, we have been presented with an opportunity by British Columbians to open a whole new dialogue in our province, in our legislature. A dialogue about how we do things, what we should do, how we want to shape the future of our province.

“And so tonight is the beginning of something very different. Tonight we won the popular vote. And we have also won the most seats. And with absentee ballots still to be counted, I am confident that they will strengthen our margin of victory.

“So it is my intention to continue to lead British Columbia’s government.”