A measure designed to curb speculation in B.C.’s overheated housing market is having some unintended consequences for Albertan owners. 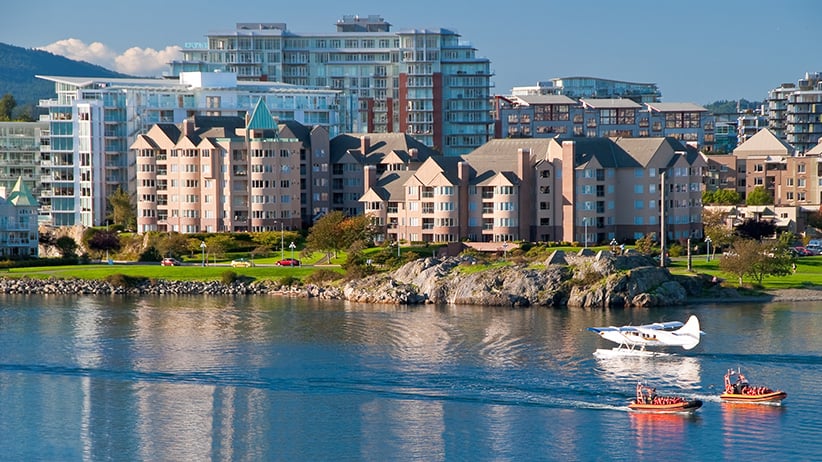 Marsha Graham, a realtor licensed to sell in Alberta and B.C., lives primarily in Calgary but dreams of the day she can retire to live full-time in her Victoria inner harbour condominium. If she can still afford it.

On budget day, Graham flew home from Victoria and landed to news she was among legions of Albertans who own vacation properties in B.C. subject to a new speculation tax. The levy, if it is applied to out-of-province owners as the budget suggests, will inflate her property tax bill, which was $2,200 last year, by an additional $9,434 by 2019. “You know, that’s a really nice vacation” she says. “It is not an inconsequential amount of money to me and most people.”

The proposed “speculation” tax will apply to Metro Vancouver and Fraser Valley communities on the B.C. mainland; the Victoria and Nanaimo regional districts on Vancouver Island; and the resort communities of Kelowna and West Kelowna, where many neighbouring Albertans own vacation homes. It is designed to force out-of-province owners to contribute more to B.C. government coffers or rent out their homes in cities where rents are sky-high and vacancy rates less than one per cent.

Renting would not suit Graham, who spends about 100 days a year at her Victoria residence. She sits on her strata board, is a member at the local golf club and is friends with many of her neighbours. Graham feels connected to her Victoria community, which is why the proposed speculation tax really stings: “I’m being treated the same as somebody who is not a Canadian, never comes to the community and just leaves the place vacant.”

The proposed tax has already been dubbed a “punishment tax” on chat sites frequented by Albertans with vacation homes in B.C. Many feel it is discriminatory and suspect the motivation behind it is the ongoing oil pipeline ﬁght between the two provinces. It’s easy to see why.

B.C.-Alberta relations have been exceptionally tense of late, despite both provinces being led by NDP governments. Alberta Premier Rachel Notley’s political future depends on landing a pipeline to carry heavy oil from the Alberta oil sands to tankers off the B.C. coast, and she is adamant a proposal by Kinder Morgan to expand its existing pipeline must proceed.

B.C. Premier John Horgan’s tenuous government hangs on support from three anti-pipeline Green Party members. He’s doing what he can to scuttle the pipeline and recently mused he would look for ways to limit the amount of oil currently flowing through B.C. That prompted Notley to ban the imports of B.C. wine, a prohibition that was dropped after Horgan referred his question to court. But the whole thing left Albertans smarting over what they see as B.C.’s parochial disregard for their economic livelihood. “It just seems like B.C. wants the rest of Canada to go away. What would happen if every province acted like that?” asks Allan Roles, a Calgarian who owns land in Kelowna and hopes to build a retirement home soon.

Graham has a similar reaction. “I think Alberta, rightly or wrongly, is often viewed as this kind of big, bad oil place and all we want to do is sell our oil and we don’t care about our environment and communities. But the reality is, it’s not just Alberta that’s dependent on oil.”

B.C. Finance Minister Carole James said the tax does not discriminate against Albertans, telling Maclean’s in an emailed statement that the only motive behind it was easing housing affordability. The levy had been in the works since the government was formed seven months ago, James added, noting: “It doesn’t matter if you’re from Toronto, Montreal, Calgary or overseas, the speculator tax will impact those who choose to speculate or take housing stock off the market.” Experts including Tom Davidoff, a professor at UBC’s Sauder School of Business, give the government the beneﬁt of the doubt. Horgan’s goal is to get re-elected, and imposing a tax for reasons he can’t talk about does not further that goal, Davidoff says.

But the mayors of Kelowna and West Kelowna—who acknowledge the need to address affordability problems in their own cities—worry the new tax will kill the real estate market and push investors to nearby communities like Penticton, B.C., which, for now, are exempt. Elton Ash, regional executive vice-president for Re/Max of Western Canada, says deals are already falling apart, and expresses worry about the optics of the new tax. “What’s the message given to the rest of the world from B.C.?” he says. “We don’t want you to move here.”

Kennith Brandon, who grew up in B.C. but now earns his living in Calgary’s oil and gas economy, says that was the conversation over dinner with friends on a recent Saturday night. Brandon feels a bit guilty about owning a Kelowna vacation home that gets used by his family in the summer but sits empty the rest of the year: “I’m part of the problem.” But Calgarians like him can’t shuck the feeling the new tax is discriminatory. “That’s what people are hurt about.”

MORE ABOUT THE HOUSING MARKET: