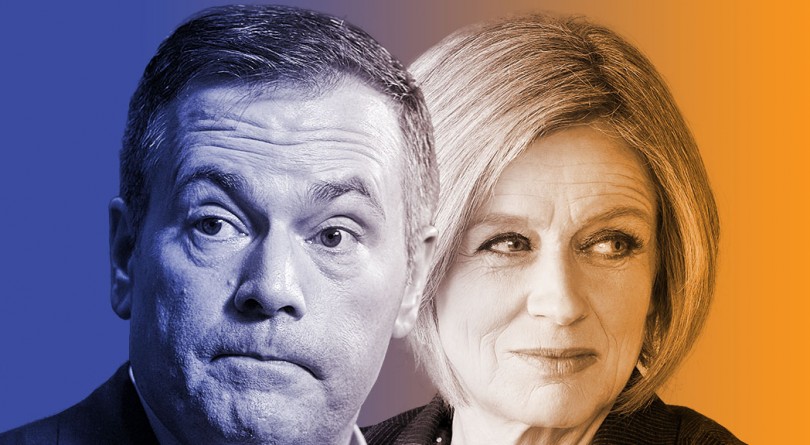 Albertans cast their verdict April 16 on the Rachel Notley NDP’s first term in government. Maclean’s has you covered.

In addition to our continuing online coverage and analysis throughout the campaign, Maclean’s Alberta correspondent Jason Markusoff will be offering daily insight for your e-mail inbox every morning, from Monday to Friday.

Alberta subscribers to the Politics Insider will get a special version of the newsletter that highlights top provincial election insight. Subscribers from elsewhere in Canada will get Markusoff’s daily briefing beneath all the need-to-know from Ottawa. Sign up below. (If you subscribe to the Maclean’s Politics Insider, you’re already registered.)

To get you caught up on Alberta politics and to give you a taste of what to expect from the newsletter, here are some of our recent Maclean’s features and articles:

Rachel Notley fought like hell for Alberta, but the province isn’t about to thank her.

This is Notley and her NDP on pre-election footing, polling well behind Jason Kenney’s United Conservatives and their more aggressive posture toward pipelines and anyone who dares not to advocate for them. She’s largely denied critics the opportunity to label her anti-pipeline, and perhaps it’s her best shot at regaining acceptance—Notley has taken the NDP’s old reputation for Prairie pragmatism and dunked it in oil.

In question period, the governing side often attacks more than it defends, as if it’s auditioning to be the official opposition. With this massive advantage, Kenney plans to test how much of a rightward correction Albertans are willing to make. More than just angling to erase the NDP’s four-year imprint on Alberta, he wishes to roll back the political moderation of the Progressive Conservatives before that, too.

What happens when the demand for Alberta oil goes away?

Jen Gerson: We may yet see another oil boom, or two. There will probably be applications for oil and plastics over the next century, and Alberta should be doing everything within its power to supply that demand. But it’s a pretty safe bet that global demand for oil is going to abate within my lifetime, as climate change policies, decarbonization efforts and new technologies come to the fore. These shifts are already starting to happen. My child—a toddler today—will probably drive an electric car. He may never learn to drive at all. So what, exactly, is the plan?

Jason Kenney has everything to lose

For nine years, Kenney sat in a Harper cabinet beset by competing impulses: on one hand, avid conservatism, on the other, incrementalism—the idea that Canadians had to be brought along gradually to accept the Conservative agenda on taxes and programs. A deﬁning question in the run-up to Alberta’s next election is how much cautious incrementalism Kenney will employ, or how free he’ll feel to untether his conservative id.

Why Notley will need an even bigger miracle to win again