We'll run on our record, despite any new parties, premier says 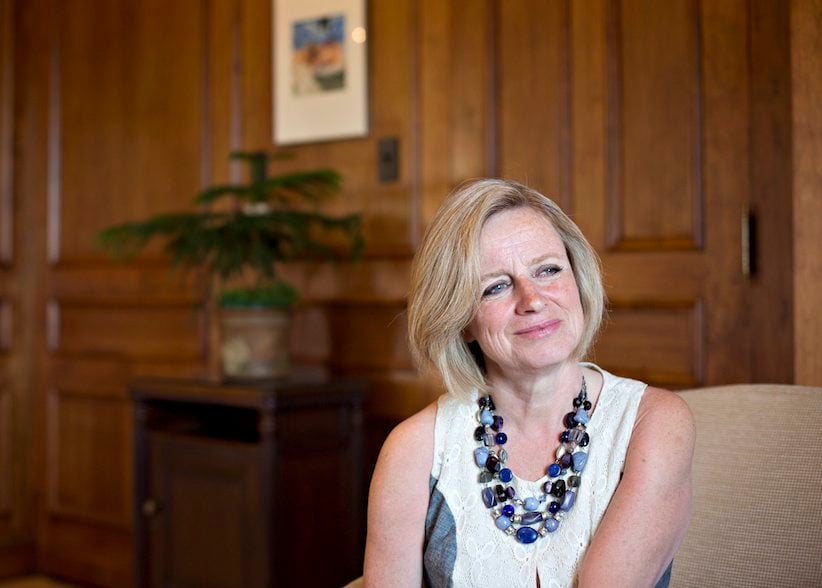 “My focus as the premier of the province is to move forward on governing on the basis of the values that I presented to Albertans in the last election, which they endorsed,” she said Monday.

“In the next election — regardless of how many different parties have popped up or disappeared or come together or done the little do-si-do with each other — it won’t matter because we’ll run on our record, the same record that Albertans chose in the last election.”

Notley made her remarks after flipping and serving up pancakes at the annual premier’s Stampede Breakfast in downtown Calgary. It was her second year holding the event, which drew a crowd despite heavy rain.

Notley said the goal leading up to the 2019 provincial vote will be winning over Albertans who share the values the NDP stands for.

Alberta’s PCs were ousted last year by the New Democrats after more than four decades in power, and proponents of the unite-the-right movement say vote-splitting was to blame.

Last week, Kenney announced his plan to leave federal politics, seek the vacant Progressive Conservative leadership in Alberta and, if he succeeds, facilitate a merger with the rival Wildrose Party.

The high-profile former cabinet minister has argued it’s necessary to bring the Wildrose and Tories together if right-leaning voters in Alberta want to topple Notley’s “accidental NDP government” in the next election.

Notley said Monday that Alberta is a “young, modern, diverse” province and voters “like to have their choices respected.”

“I believe .. that politicians who leave Alberta and then come back a decade and a half later run the risk of making some unfortunate assumptions about what Alberta is like and what Albertans care about.”