What will emerge from the Alberta PC Party and Wildrose Party, once the dust settles? 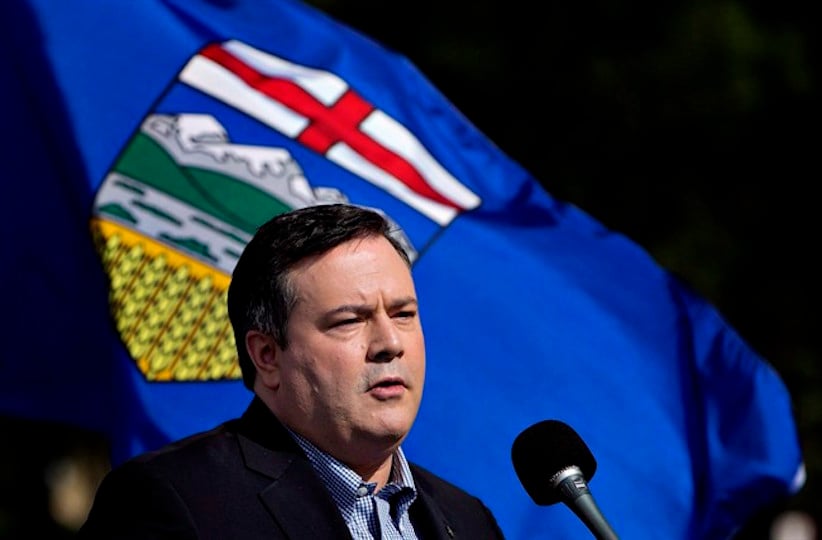 An entirely new entity may emerge once the dust settles.

Alberta’s Progressive Conservatives, who will pick a new leader March 18, are roiled in debate in over whether they should try to merge with the Wildrose party.

The Wildrosers, in turn, have exposed faultlines of their own over whether to join forces with their former blood enemy or continue to capitalize on their Lazarus-like return to political relevance.

“I believe that if we continue on the path that we are as Wildrose that we’re going to be stronger and more ready to battle the NDP than ever before,” Wildrose Leader Brian Jean said in a year-end interview.

“We have seen a record number of sales of memberships and record number of people coming out to our rallies and our discussions over the past six months. They’ve seen us rise from the ashes like a phoenix and come back and be reborn into a much better party, a party that truly reflects Albertans.”

Two years ago, the Tories appeared to have delivered a pre-Christmas coup de grace to end once and for all the schism of Alberta’s right that opened under former PC premier Ed Stelmach.

Led by Danielle Smith, most of the Wildrose caucus crossed the floor to join then PC premier Jim Prentice, gutting Alberta’s Official Opposition and enraging voters.

Two years and one election later, the roles are basically reversed. The PCs were decimated in the 2015 election, reduced to third-party status while the Wildrosers under Jean bounced back and now sit with 22 members to remain Official Opposition.

The PCs are now running a race to replace Prentice as permanent leader. But the narrative of the contest has been dominated by one candidate — former Conservative MP Jason Kenney — and his promise that, if he wins, he will push the rank and file to merge with the Wildrose and form a new party, perhaps the Conservative Party of Alberta.

Kenney says vote splitting on the right allowed Premier Rachel Notley’s NDP to come up the middle and win a majority government in 2015, something that can’t be allowed to re-occur.

The plan has opened up divisions in both parties.

Progressive Conservative members voted overwhelmingly this past spring to not seek a merger, but instead rebuild their own party as the best choice for right-centre voters.

PC legislature member Sandra Jansen was also in the running for leader but quit the race, and the party, in November saying she had been verbally abused in person and on social media for her progressive views, singling out Kenney supporters.

Kenney has stated he, too, has been vilified.

Relations with Jansen and interim PC Leader Ric McIver had become so toxic, he didn’t find out she had quit to join Notley’s caucus until he read it on Twitter.

Another of the candidates, former PC MLA Donna Kennedy-Glans, quit the race as well. Both have said the progressive wing of the party is being forced out by social conservatism, a policy that would bring the PCs more in line with the Wildrose.

“There was a period of time when I think our party drifted to the left and I think we’ve actually put ourselves back in the centre-right where we belong,” said McIver in a year-end interview.

“It’s the place I think most Albertans want their government to be.”

Kenney, meanwhile, has hit the leadership race like a sledgehammer.

He began running months before the race officially began. He bused in young people and gave them a one-on-one with former prime minister Stephen Harper prior to a vote for youth delegates in Red Deer in November.

Later, he was fined by the party after he hosted a hospitality suite just down the hall a delegate selection meeting in Edmonton.

On the Wildrose side, while Jean takes a wait-and-see approach, caucus finance critic Derek Fildebrandt is openly campaigning for the merger.

“I’m willing to put everything I’ve accomplished in politics on the line for this,” Fildebrandt told a Whitecourt radio station earlier this month.

Jean questioned the premise of Kenney’s pitch on vote splitting. He said it took years for Premier Brad Wall’s Saskatchewan Party to win power following the amalgamation of Liberal and Progressive Conservative members.

“We don’t have 10 years. We have to make sure that the NDP are stopped in the next election,” said Jean.

McIver said the fate of the PCs is where it should be, with the members.

“I believe that our members and only our members should make that decision (on merger),” said McIver.

“They’ll pick one of the four contenders and that will give us as a party a signal on where we need to go next ­— and we’ll go there.”