All Donald Trump's NAFTA mood swings in one chart

The shifting tone of news stories about NAFTA shows how wildly the Trump administration's views on the trade deal have swung since the U.S. election 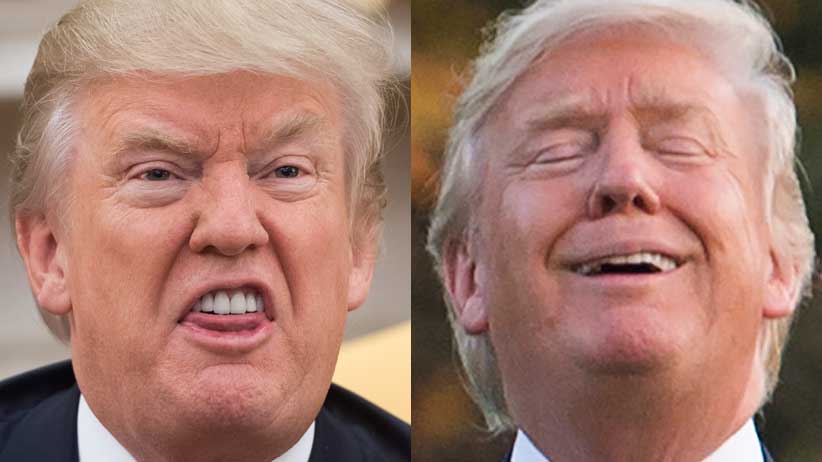 Will Donald Trump kill NAFTA or won’t he? Since American voters elected Trump on his promise to tear up “the worst trade deal in the history of the world,” the world has been trying to figure out if he’s really serious.

Yet divining Trump’s actual thinking on the fate of the North American Free Trade Agreement has been near impossible. Each month, if not each week, has brought contradictory signals from the president and his top advisors—promises of “tweaks” one moment, frothing rage against the evils of Canadian dairy farmers the next.

Along the way journalists have tried to keep pace with Trump’s vacillations, and it is in this way that we can chart the roller coaster of the President’s shifting attitudes towards NAFTA. Using data from Infomart, a news database and media monitoring company, the chart below tracks the tone of stories about NAFTA since the U.S. election. Anything above zero reflects, on average, a more positive tone of NAFTA coverage; below zero, and the overall tone grows negative. (See further down for the methodology behind the chart.)

READ: How Canada’s NAFTA charm offensive hit a wall of confusion and apathy

While fluctuations in tone have been a constant, the overall sentiment has grown increasingly negative, which mirrors how the Canadian government’s early optimism for a negotiated resolution of the dispute began to flounder last fall. (Numbers on the chart relate to sample headlines below.)

How we did it

Using algorithms, Infomart—which tracks stories from thousands of print, broadcast and online sources—gives each article it collects one of three sentiment or “tone” ratings, to which we applied a number:

For the period starting the day after the U.S. election, the Infomart database contains roughly 10,000 domestic and international items with “NAFTA” in the title. We then excluded online, broadcast and news wire items, as well as duplicates, to focus only on print headlines and make the analysis more consistent.

The chart shows changes in tone of NAFTA coverage over that time by averaging the sentiment number for 50 stories, on a rolling basis.

The vertical bars mark the start of each month, beginning with January 2017. Since some months saw a far larger number of NAFTA stories than others, the bars are not evenly spaced.

Update: Despite efforts to exclude duplicates, the original data for this chart still included a large number of wire articles that ran across several newspapers with different headlines and slightly altered opening sentences. A further 1,000 duplicates have since been removed. Because the number of remaining articles is smaller, I’ve also reduced the rolling average to 50 stories.