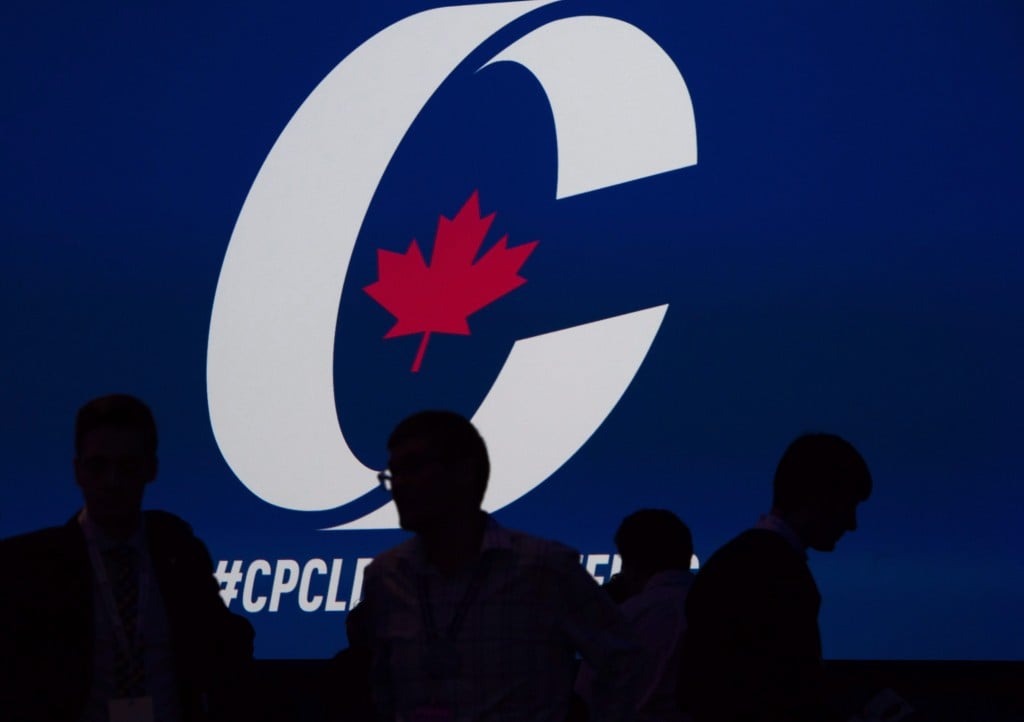 It’s been much more fun walking around the Toronto Congress Centre during the Conservative leadership event here than I expected. The Tories can’t take the credit, though. They just lucked out in sharing the convention venue, out near Pearson International Airport, with Anime North 2017, a gathering of fans of anime TV shows, movies and games.

Thousands of enthusiasts show up dressed as characters from Japan’s wildly successful exported pop subculture, and not a single costume can I identify. To my eye, it’s a bewildering blur of elaborate dresses, the least threatening make-believe weapons imaginable, and some formidably wild headgear.

Walking through the anime throngs, it’s been impossible not to wonder what it might be like if these true believers ever mixed with the Conservative kind. And then I spotted a young man wearing a feathered hat and carrying a banner emblazoned with big-eyed manga girls, crossing over tentatively from the anime universe to Tory territory.

I introduced myself. It turned out that George, 22, who asked me not to use his last name, is both a veteran anime aficionado and a more recently signed-up Conservative Party of Canada member. He was looking for where to vote for the party’s next leader, so I showed him. After he cast his ballot, he paused to let me ask a few questions.

His costume, he explained, is based on Kaban, a girl who wakes up in a zoo in the anime series Kemono Friends. If I have this right, Kaban is befriended by various animals, real and legendary, who have somehow been anthropomorphized into girls. His banner featured characters from the Kantai Collection web-browser games, in which, and please don’t take my word for this, I am given to understand World War II warships are depicted as attractive girls.

I asked George to explain the appeal. “The difference between anime and Western cartoons is that in anime the story is more solid,” he said. “There are consequences from whatever happens. Let’s say you kill someone in one episode, that fact stays forever.”

George is of Japanese-Canadian descent and became interested in anime in his early teens. He’s saving up to go to university now, likely to study engineering, while working at a store that sells equipment for the game Airsoft, which is sort of like paintball, but with guns that shoot plastic pellets.

He doesn’t mix his anime and his politics. In fact, he objects to the proliferation of sessions at Anime North dealing with politically sensitive issues, including feminism. “They belong at colleges and universities, and not on an animation panel,” George said. “No need for politics in Anime North. More about the subculture, animation, manga.”

He was introduced to Conservative politics during conversations with his co-workers at the Airsoft store, which is in the Toronto area (he asked me not to be more specific). His boss was also at the Conservative convention, and other co-workers also belong to the party.

George didn’t seem to know all that much about the candidates, but said his first pick on the ranked ballot was MP Erin O’Toole, whose pre-politics career as a Royal Canadian Air Force officer impressed him. “Anyone who manages the military, I think that’s honourable,” he said.

Before we spoke, I watched George standing in line to vote, in his costume and carrying his banner, chatting with curious Tories who thought he might have accidentally wandered into the wrong side of the convention venue. After he patiently gave me a brief, expert introduction to anime, he didn’t linger among the Conservatives, heading back toward the side of his life that seemed to matter to him more.