As her party scolded Trudeau, Ambrose vacationed on billionaire's yacht 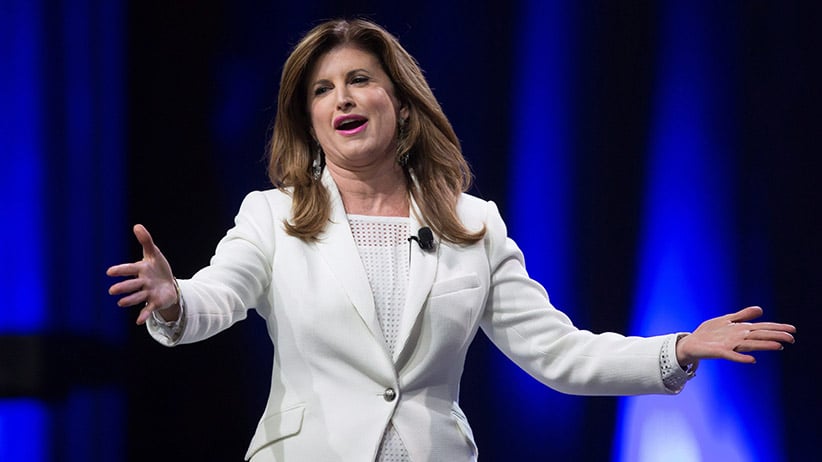 OTTAWA – The Conservatives confirm their interim leader took a Caribbean vacation on a billionaire’s yacht around the time members of her caucus were criticizing Prime Minister Justin Trudeau for vacationing on a private island owned by the Aga Khan.

A spokesman for Rona Ambrose verified a report by political news website iPolitics that the acting Conservative leader and her partner J.P. Veitch soaked up the sun last month on the yacht of energy mogul Murray Edwards around the islands of St. Barths and Saint Martin.

However Mike Storeshaw told The Canadian Press in an email that Ambrose was far more open about her vacation than Trudeau was about his winter holiday.

“Ms. Ambrose has followed all rules that apply to her with respect to her holiday, and was open and transparent with the Conflict of Interest and Ethics Commissioner, unlike the Prime Minister,” Storeshaw said.

Storeshaw said Ambrose paid for a flight on a charter along with a number of friends — none of whom, he said, are public office holders.

“Ms. Ambrose discussed her holiday with the Office of the Conflict of Interest and Ethics Commissioner, who verified that it was within the rules,” he added.

The iPolitics report said Ambrose took her vacation from Jan. 3-14. During the same time members of her caucus called for the ethic commissioner Mary Dawson to probe both Trudeau’s stay at the Aga Khan’s exclusive private island in the Bahamas and his use of the Aga Khan’s private helicopter to the island after he and his family jetted down to the Caribbean.

The federal Conflict of Interest Act and Trudeau’s own guidelines for his cabinet ministers bar the use of sponsored travel in private aircraft, allowing it only in exceptional circumstances and only with prior approval from the commissioner.

On Jan. 11 — when Ambrose was reportedly still on vacation in the Caribbean — she tweeted a letter Conservative MP and ethics critic Blaine Calkins sent to the ethics commissioner calling for the investigation.

The next day, iPolitics reports, Ambrose sent a letter to the ethics commissioner’s office to check that her own holiday was within the rules.

Dawson said she was looking into the matter and Ambrose and other Conservatives have continued to grill Trudeau over his travels.

“Justin Trudeau knew what he did was against the law,” Ambrose posted on Twitter last month. “All he had to do was say no, but he couldn’t resist the billionaire lifestyle.”

Officials with the Office of the Conflict of Interest and Ethics Commissioner were not immediately available for comment Saturday.

Edwards, who is also co-owner of the Calgary Flames, is ranked as the 30th richest person in Canada by Canadian Business magazine with a net worth estimated at $2.96 billion.