As Ivanka Trump's role grows, so does the backlash 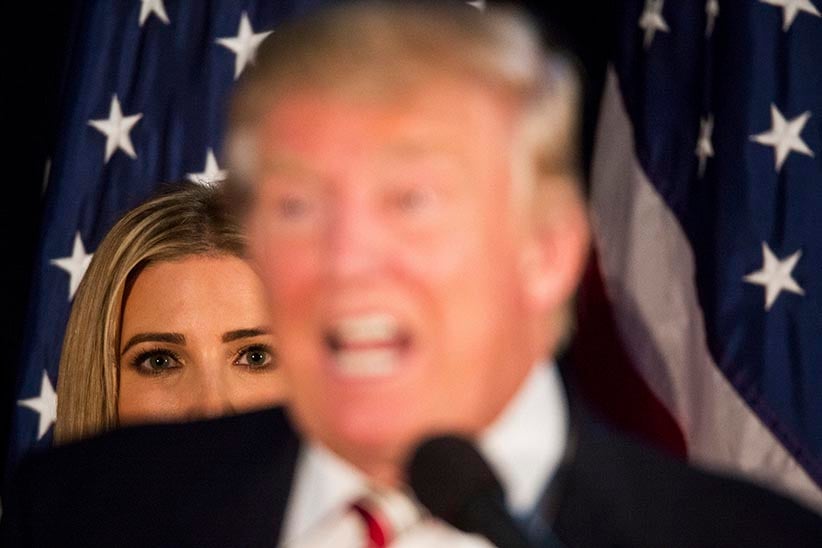 WASHINGTON – She has a West Wing office, facetime with world leaders and unrivaled access to the president. And as Ivanka Trump’s White House role grows, so does the backlash.

Ivanka Trump, a first daughter with first-in-recent-history influence, has become fodder in a heated national conversation about gender politics and ideological beliefs. While she has won fans for her interest in advancing women, critics have questioned her qualifications, her power, her politics and her ethics.

Trump showed Wednesday she is sensitive to some of the discussion.

After weeks of resisting a formal role in her father’s White House, she said she would become a federal employee, although an unpaid one. The decision was aimed at quieting ethics experts who noted her informal role allowed her to avoid filing financial disclosure forms and other transparency requirements.

In a statement announcing the decision, Trump said she had “heard the concerns” of critics and was working with the White House to address “the unprecedented nature of my role.” She previously planned to work out of a West Wing office in a more informal capacity, while voluntarily following ethics rules.

Asked about the criticism of her White House work, Trump acknowledged in a statement to the Associated Press that she “wouldn’t be here in Washington if my father wasn’t elected president.” But she added, “I want to add positive and meaningful value and people will be able to judge with time if I’ve been successful in that goal.”

It is difficult to find first family members who have raised similar levels of public fascination and broad debate, particularly among political women.

Some of the toughest knocks, although not all, are coming from liberals who think Ivanka Trump has done too little to temper the president’s conservative agenda. Trump has seized on a set of typically progressive issues, notably family leave and child care, leading many to assume she did not share her father’s nationalistic politics. Since her father took office, she has staged several events relating to women and workforce development, but avoided all public comment on her father’s travel ban, border wall, proposed budget cuts or the rollback in climate-change regulations.

“For every woman who held out hope that maybe Trump isn’t going to be so bad, or that she’d be able to curtail the worst of his impulses, it hasn’t happened,” said novelist Jennifer Weiner.

That view was captured in a “Saturday Night Live” send-up that featured her in an advertisement for a perfume called “Complicit.” A voiceover called it “the fragrance for the woman who can stop all this … but won’t.”

Ivanka Trump’s defenders argue that the first daughter is being held to an unfairly high standard. Carrie Lukas, managing director of the conservative Independent Women’s Network, said “a lot of this criticism of her overlooks that she is a pretty accomplished woman in her own right.”

Trump, a 35-year-old mother of three, previously held executive roles at the Trump Organization and running her self-named lifestyle brand that offers clothing and jewelry. She relinquished those positions to come to Washington, though she retains ownership of her brand.

Trump’s influence in the White House has cemented quickly. Alongside husband Jared Kushner, a senior adviser to the president, she has become almost a fixture in the building. She has at times hosted events similar to those held by past first ladies: This week she welcomed female entrepreneurs to the White House, spoke to girls about STEM education and announced an official trip to Germany. But she’s also sat in on meetings with foreign leaders, including a recent session with German Chancellor Angela Merkel.

While her influence in the tumultuous White House remains opaque, she is very close to her father, who joined her at a round table this week and praised her work on women’s economic issues. Noting an invitation for Ivanka Trump to attend a summit in Berlin, the president said she will be “working on similar issues with Chancellor Merkel.”

Ivanka Trump’s promise to advocate for pro-family proposals has been met with some skepticism. She has limited political experience and scant support from Republican lawmakers. Critics note she remained silent about the White House-backed health care legislation, which would have blocked federal payments for a year to Planned Parenthood and could have reduced access to maternity and pediatric care. As that bill unraveled last week, she was on vacation in Aspen with her family.

“Ivanka Trump is a woman, who happens to be a mom, who works,” said Juliet Williams, a professor of gender studies at the University of California, Los Angeles. “That is really not the same calibre of qualifications to install her as a leader of this administration’s efforts to address challenges facing working women.”

Still, some more liberal women have offered support. Trump was praised last month by Anne Marie Slaughter, who five years ago wrote a popular essay in The Atlantic magazine on why she left a job in the State Department to spend more time with her family. She took to Twitter to defend Trump against criticism of the childcare policy offered during the campaign.

Slaughter tweeted that if Trump “could actually get something like this through, it would be real & important progress.”

And the first daughter is winning people over. Dyan Gibbens, owner of Trumball Unmanned, which provides data services to the energy industry, came away from two White House meetings impressed with Trump.

“She’s composed, she’s confident, she’s well spoken, she’s well-educated, which are all the traits we want our daughters to have,” Gibbens said. “Give her a chance.”