In the meantime, the government could spend as much as $2.97 billion in social support for claimants 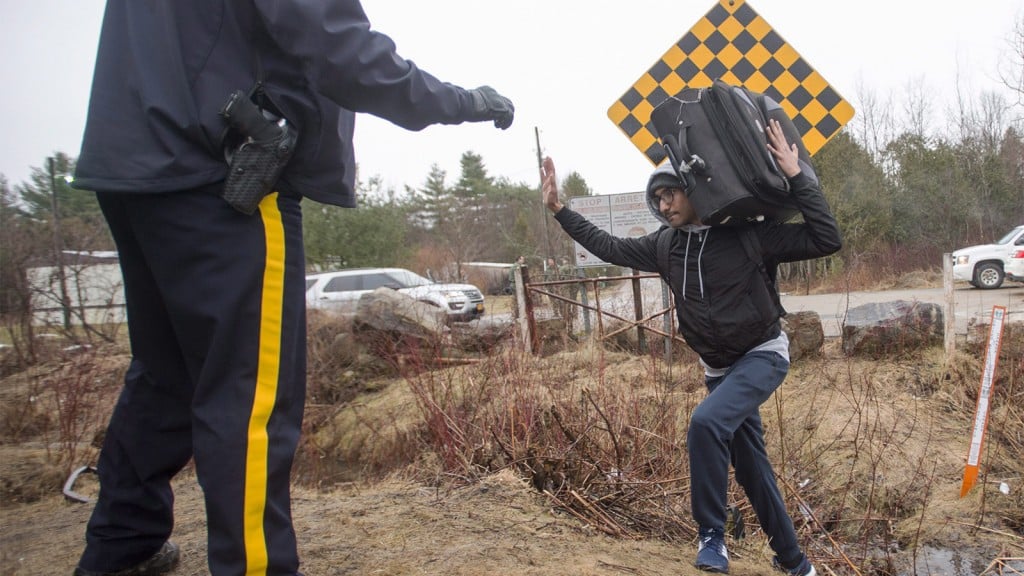 OTTAWA – A increase in asylum claims in Canada could eventually mean a staggering 11-year wait for a hearing and $2.97 billion in federal social supports for claimants in the meantime, an internal government analysis has concluded.

The Immigration and Refugee Board is already trying to whittle down its current backlog, but received no new money in the latest federal budget.

With 2017 application numbers expected to far exceed earlier projections, the board simply can’t keep up, says the memo, obtained by The Canadian Press under the Access to Information Act.

The Immigration Department memorandum was drawn up this spring amid a flood of people illegally crossing into Canada from the U.S. to claim asylum, dominating headlines and raising pointed House of Commons questions about the integrity of Canada’s borders and immigration system.

The department was asked to explore estimated backlogs at the Immigration and Refugee Board and the associated wait times under different scenarios, following a meeting about the U.S. border-crosser issue in March.

Since January, at least 2,700 people have been intercepted by the RCMP between legal border points; most went on to file claims. The memo does not directly address the impact of the border crossers, though certain sections were redacted.

But those numbers are only part of the mix.

The memo projects that claim levels will hit 36,000 this year and could continue to increase after that.

“This scenario best reflects current concerns around increased volumes of claimants observed to date in 2017, and takes into account overall increases in asylum intake from 2015 to 2016,” it says.

The memo goes on to say that by the end of 2021, the new system inventory would grow to approximately 192,700 claims, equivalent to 133 months’ worth of output from the board, or a wait time of approximately 11 years.

In the first scenario, wait times would be between four to five years; in the second, around six years.

The IRB has been sounding the alarm for months over its ability to keep pace with the rising numbers.

They cite a number of factors, including dozens of vacancies for decision-maker positions and also a legislative regime that requires hearings to be scheduled within certain timelines.

A backlog has arisen, the note explains, because hearings need to be scheduled as soon as the claims are filed, and the board simply can’t keep up with the pace.

RELATED: The real tragedy of Mavis Otuteye’s death: it didn’t have to happen

The time required to actually make a decision on the claims has remained relatively stable at about five months; the challenge is getting them heard in the first place.

The board has tried to deal with the backlog on its own by, among other things, redeploying half its capacity to address backlogged claims. Repeated pleas for more money, however, have only been met by the immigration minister’s insistence that the board find ways to be more efficient.

“The rate of backlog growth presented in these scenarios could be mitigated in part by these efficiencies, but not avoided altogether,” the note said.

Last Friday, Immigration Minister Ahmed Hussen announced a wide-ranging review of the IRB, bringing in a former deputy minister in the department to study the system and report back by the summer of 2018.

“Canada’s asylum system must strike a balance between providing protection to those fleeing persecution and ensuring that the system is not misused by those who do not need Canada’s protection,” he said.

A budget for the program has not been established, but a spokesperson for the department said it will be paid for by them and the IRB.