Australian GG suggests the country should become a republic

Representative of the Queen suggests break from British Monarchy 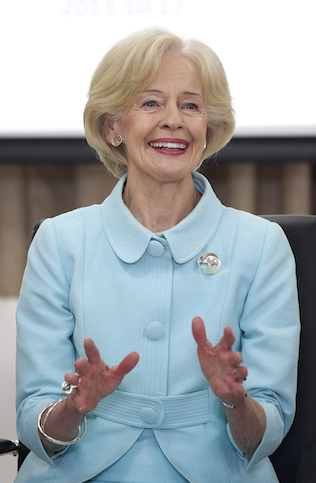 Australian Governor General Quentin Bryce is making headlines Friday for suggesting the country should break its ties with the British Monarchy and become a republic.

It’s revolutionary talk, coming from the woman chosen to represent the Queen in what is, traditionally, a very non-political role. It’s nearly impossible to imagine her Canadian counterpart—Governor General David Johnston—doing the same thing.

Bryce made the comments Friday night as she delivered a lecture in Sydney, which was hosted by the Australian Broadcasting Corporation.

Speaking about the country she envisioned, she described the Australia of the future as a place “where perhaps, my friends, one day, one young girl or boy may even grow up to be our nation’s first head of state.”

That statement has the potential to re-open constitutional debate in the country. The Sydney Morning Herald writes: “It is the first time an Australian governor-general has offered such a clear statement of support for a future republic, and appears designed to re-open the debate, from the highest level, on the nation’s constitutional arrangements.”

Bryce’s comments on Australia as a republic weren’t the only controversial thing she said in her speech. She also implied her support for same-sex marriage, saying she envisioned a state where “people are free to love and marry whom they choose.”

Appointed Governor General in 2008, Bryce was the first woman in Australia to hold the position. Her term ends in March 2014.