Not one person ever noticed, says mayor, in effort to highlight sexism in politics 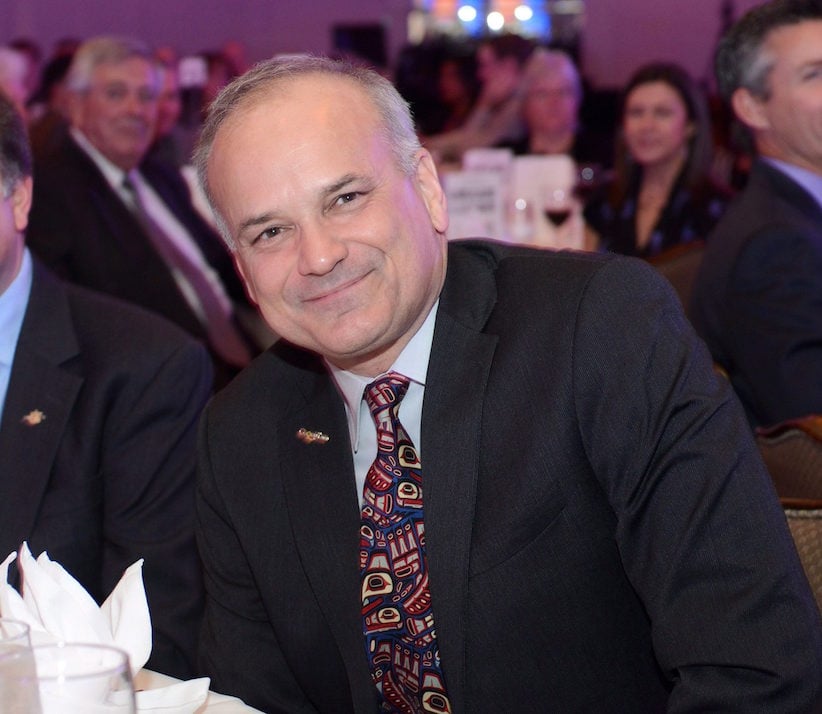 Coquitlam, B.C. Mayor Richard Stewart is shown wearing the suit he wore to every council meeting for more than a year. Stewart revealed his social experiment on Sunday in a Facebook post. (THE CANADIAN PRESS/HO-City of Coquitlam Mayor’s Office)

VANCOUVER — Every Monday for the past 15 months, Mayor Richard Stewart would ride his bicycle to city hall in Coquitlam, B.C., shower and then put on the same, off-the-rack, dark blue suit.

And through scores of council meetings, not one person ever noticed.

“I would be shocked if someone ever raised the idea that my suit or my clothing or my hairstyle was somehow inappropriate,” the mayor of the city near Vancouver said Tuesday.

“I was wearing the same suit to every meeting and (there was) no indication that anyone was ever going to notice. The point was made, I think.”

Stewart began his “social experiment” in November 2015, shortly after a municipal election campaign in which he repeatedly heard comments directed only at female candidates about their outward appearance.

He had also read an article about an Australian newscaster who criticized sexist attitudes in society by wearing the same outfit for one year. The anchor, Karl Stefanovic, lamented that his female co-host received regular emails and criticisms about her clothing, Stewart said.

The mayor said he launched his own test to discover first-hand the double standard endured by women.

“The kind of comments someone will make about the female politician’s clothing, about her hair. We don’t say those things about men,” he said.

“I think it tends to create just one more barrier for getting people of both genders to run for public office and to participate in democratic institutions.”

Stewart said one of his objectives was to shine a light on gender inequity with a goal of eliminating it altogether. He said he’s had trouble in the past encouraging female constituents to run for school board or city council.

“There will be other issues that (a woman) knows she’ll have to deal with that a man simply wouldn’t have to contemplate,” he said. “I’ve never heard a man say, ‘Well, I got criticized because I was door-knocking in the rain and my hair wasn’t in perfect condition for the all-candidates meeting that night.’ “

Stewart has received plenty of supportive feedback since revealing his social experiment in a Facebook post on Sunday. Earlier this month, the mayor finally hung up the suit but not because someone figured out what he was up to.

He made the decision after a city councillor joked that Stewart didn’t “get the memo” on a day he was still sporting that same blue suit while three councillors all happened to wear grey suits.

Stewart quipped that they should hoist his well-worn suit up to the city hall rafters, like retiring a hockey jersey, and as a reminder.

“I want us to always focus on the skills and abilities and experience that people bring to the table in every job that they do,” he said.

“I want my daughters to grow up in a society where they’re judged on how well they do their job and not what they were wearing when they did it.”