Remember how B.C.'s carbon tax was supposed to be 'revenue neutral?' With the NDP in power, and the Greens pulling strings, those days are over. 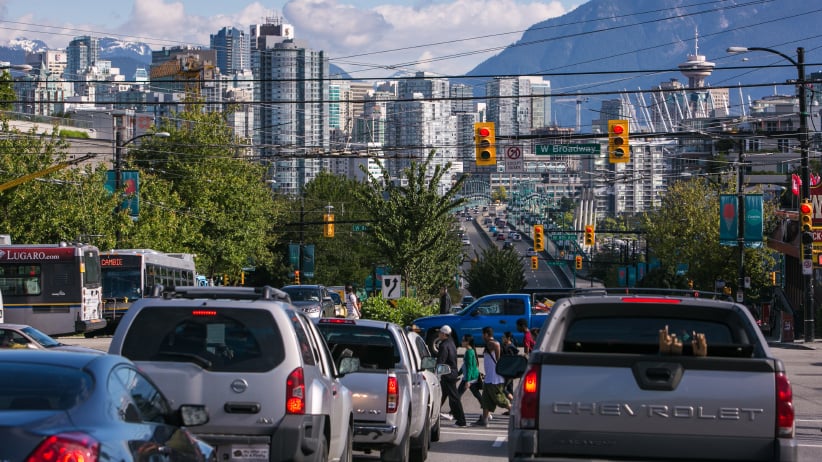 B.C.’s carbon tax is going up by $5 per tonne (Photo by George Rose/Getty Images)

Weaver doesn’t lead the government, of course. He’s not the premier with whom most voters are just now becoming familiar, the hitherto unrecognizable B.C. NDP boss John Horgan. Weaver is leader of the provincial Green Party, and he sits in an 87-member legislative assembly with just two other Green MLAs.

Their caucus numbers are small, but the Greens have clout, to be sure, thanks to a “confidence and supply agreement” with Horgan’s NDP. It was forged after a provincial election in May that saw the incumbent Liberals lose their legislative majority, their ability to govern, and finally their own leader, Christy Clark, who resigned her seat in mid-summer and quit politics, apparently forever.

Voters in B.C. elected 43 Liberals, 41 NDP candidates and three Greens. The NDP/Green agreement gives their two caucuses the balance of power, and while they aren’t in a formal coalition, they have pledged to consult with one another on legislation and policy matters, “to ensure B.C. Green caucus views can be incorporated into final decision-making.”

This explains the hodgepodge of tax increases, fee reductions and other fiscal initiatives announced in Monday’s budget update, delivered in the assembly by new NDP finance minister Carole James. While there are no real surprises embedded in the update—for NDP supporters, there’s disappointment over some program spending delays, but their reaction is no shocker—the update demonstrates the extent of Green Party influence. That, and some not-unrelated inconsistencies in the new government’s previously stated directions and intentions.

I’m thrilled 2 support BC Budget 2017. This is a budget that puts people first. @BCGreens have been heard & r thankful @BCNDP #bcpoli

Never mind that major NDP election platform promises were pushed off the table, to be revisted another day. These include a $10 per day child care plan, which the NDP pledged to begin funding in the current fiscal year, and a $400 annual “rebate” to home renters.

Those promises “are irrelevant right now,” Weaver told reporters after the budget update was released. According to him, the “$10-per-day” part of the NDP child care pledge was always ephemeral voter-bait, nothing more. As for the housing rebate, it’s dead and gone, as far as he is concerned.

Don’t forget, Weaver added, the NDP “did not win the election. They have an agreement that has the confidence in the House.” The Green Party agreement, of course. The one that influenced the “people first” budget update Monday, and its $5 per tonne increase to the province’s carbon tax.

RELATED: What the B.C. NDP-Green deal means for the rest of Canada

Recall that Horgan and his fellow NDPers strongly opposed the carbon tax when the measure was first introduced in 2008, by then-Liberal premier Gordon Campbell. “With gas prices already so high, Campbell’s gas tax will only make life harder for ordinary people around the province,” said Carole James, who was leader of the party at the time. “And what’s worse, Campbell’s gas tax will do nothing to fight climate change.”

James and the NDP then launched an unsuccessful campaign to “axe the tax.”

Sure, that was then. Things change. Few provincial politicians strongly oppose the carbon tax now, and in fact, similar versions have been launched across Canada. But it’s also true that Horgan’s NDP did not promise to increase the carbon tax during this year’s election campaign.

Weaver’s Green Party did. Thanks to their “confidence and supply agreement,” the increase was made. It will push the total carbon tax amount in B.C. to $30 per tonne and add to the cost of fossil fuels, such as gasoline and natural gas, stuff that many British Columbians use to get to work and heat their homes.

The new government has also decided to bury any lingering notion that B.C.’s carbon tax is “revenue neutral.” It used to be, when the amount of carbon taxes raised were offset by tax credits and cuts. Henceforth, the NDP government will dump all monies collected from the scheme—over $1 billion a year—into general revenue, to be spent on “green programs” including incentives to put more British Columbians into flex-fuel cars, and more isolation in homes.

RELATED: The real lesson Ontario can take away from B.C.’s carbon tax

Defending the carbon tax moves this week, James said they are “meant to encourage a change in peoples’ behaviour.”

Those words will send chills up some spines. At the very least, they are curious. Only last month, the NDP-led government eliminated tolls on two Vancouver-area bridges, the Port Mann and Golden Ears, foregoing $480 million in annual toll revenues. James could not explain how that will discourage more drivers from hitting the roads and crossing the bridges.

On the other hand, eliminating the tolls did fulfill an NDP election promise. It also demonstrated how the party’s agreement with the Greens only goes so far. For many environmentalists, it signalled that the NDP puts Lower Mainland votes ahead of any purported save-the-Earth principles.

Weaver was among the outraged. He called the tolls elimination “fiscally reckless” and “profoundly troubling from a policy pespective…Eliminating tolls will increase congestion in Metro Vancouver as more people turn to their cars. It sends precisely the wrong message to commuters who may now opt out of public transit.”

But Weaver’s not in the driver’s seat; he just gets to ride shotgun, sometimes.