B.C.’s wild election is an opportunity for major democratic changes

As the B.C. Liberals face a fragile minority government, don't lose sight of the other issues still lurking—like ethics laws 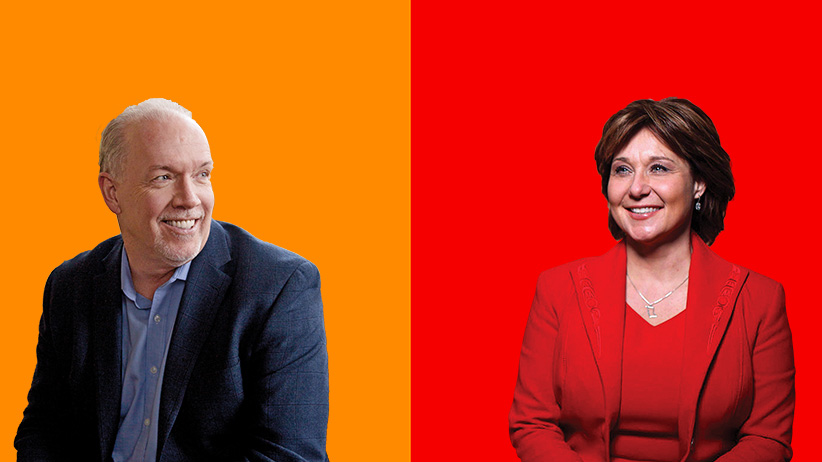 After an election in which issues around democracy were a major focus, a vote split between the B.C. Liberal, NDP and Green parties could lead to the first minority government in the province in 52 years—a development that opens the door to major democratic reforms.

A first order of business for all the party leaders should be to issue a public statement of agreement, along with the Lieutenant Governor, on a set of rules to prepare for a minority government.  The rules should make clear which party will get to try governing first; when the legislature will open; when it can be closed; what a vote of non-confidence is; when and how the opposition parties may get a chance to govern; and when and how the next election can be called.

Even if the final vote count in a couple of weeks gives one party a majority, these rules will help the legislature run fairly and democratically until the next election. England, Australia and New Zealand all enacted these rules, and others, years ago, and more than 80 per cent of Canadian voters want similarly clear rules to stop abuses.

But there are other priorities, too. And one that’s salient to the two provincial parties that earned the most votes in Tuesday’s election is the need to restrict political donations, among other key transparency and accountability measures.

MORE: The next few days in B.C. politics will be strange and fun

B.C.’s provincial political ethics law prohibits politicians from having even the appearance of a conflict of interest when making decisions that affect specific companies or individuals – a higher standard than other jurisdictions in Canada.  What can cause an apparent conflict of interest is the key issue in a lawsuit Democracy Watch and the PIPE UP Network have filed seeking a ruling that B.C. Liberal Premier Christy Clark and her Cabinet ministers were in a conflict of interest that prohibited them from approving the pipeline because Kinder Morgan and pipeline-connected companies donated more than $630,000 to the B.C. Liberals over the past five years.

In some cases, lobbyists for the companies made the donations and were reimbursed by the companies; the NDP has also returned some donations that seem to have been made improperly.  These donations are currently being probed by a special prosecutor and the RCMP.

As well, business lobbyists routinely work on B.C. Liberal campaigns, while union representatives often work on NDP campaigns.  As a result, even if the B.C. legislature finally bans corporate and union donations, and limits individual donations—as both the NDP and Greens promised to do in their election platforms—key ethical questions will remain. (The details about who helped with the Green Party’s campaign are not known and, given it stopped taking business and union donations last September, it may escape scrutiny about most of the ethics issues such donations raise.)

The headaches that donations and lobbyists have caused recently for B.C.’s parties and candidates could have all been avoided if they had paid attention for the past 20 years to a landmark ruling in 1993 by then-B.C. Conflict of Interest Commissioner Ted Hughes. Hughes ruled that then-minister Robin Blencoe violated the provincial political ethics law because he made a decision that affected the private business interests of two people who had helped him fundraise and win election as an MLA a few years before.

But Hughes’s ruling has been largely ignored in recent years in B.C. The question now is: what will the courts do with the lawsuit concerning the Kinder Morgan pipeline approval?  And what will the courts, and B.C.’s Conflict of Interest Commissioner, do when faced with future challenges of the premier, cabinet ministers, and possibly opposition party leaders making decisions that help their party’s big money donors, and lobbyists who helped on their campaigns?

While some of the ways in which lobbyists have helped B.C.’s parties and politicians in the past will likely remain hidden forever, there are some ways to help stop this undue influence in the future. Donations, for example, should be strictly limited—as Quebec has with its $100 annual limit. And lobbyists helping with fundraising and campaigns should be prohibited, as it is in federal politics.

Closing loopholes that allow lobbyists to hide their lobbying and fundraising activities, and strengthening the access-to-information law so that politicians can’t hide details about their decisions, would also help untangle the web of undue influence that currently affects B.C. politics. An honesty-in-politics law is also needed to ensure election promises are kept, and that those who mislead about their unethical activities are penalized.

B.C.’s election, ethics, lobbying and transparency watchdog commissioners play a key role in ensuring good government laws are followed. However, they all lack independence from politicians, especially Conflict of Interest Commissioner Paul Fraser, whose son works for Premier Clark’s cabinet.  It would help to change the appointment process for these watchdogs by having a fully independent commission conduct a public, merit-based search process to come up with a shortlist of two or three candidates for each commissioner post from which the legislature would have to choose. The Ontario government uses this process to appoint its provincial judges and it is considered world leading.

The good government watchdogs must also all be required to conduct random, unannounced audits to ensure everyone knows there is a high chance of being caught if they violate any of the rules.  As well, anyone who questions any of the watchdogs’ rulings must have a right to appeal to the courts.

One would think that this right would already exist. But Democracy Watch is currently appealing a B.C. Supreme Court judge’s ruling that no one can challenge rulings by B.C. Conflict of Interest Commissioner (or other commissioners), even if the commissioner ignores the facts and the law in their ruling.

Finally, a key transparency and enforcement tool that B.C. parties should enact is a whistleblower protection law that ensures anyone who reports wrongdoing by anyone in politics is protected from retaliation, and compensated if their allegations are proven true (as in the U.S. and many other countries).

While making these key changes won’t resolve the conflicts of interest that haunt B.C. politics, the sooner the changes are made, the sooner B.C. will be able to move forward into a modern era of honest, ethical, open and democratic politics. With a great deal of attention on this wild western election, now may be an ideal opportunity.