Baird shouted lots, but had a subtler side, too

Behind politics and policy, the politician cultivated personal relationships that mattered 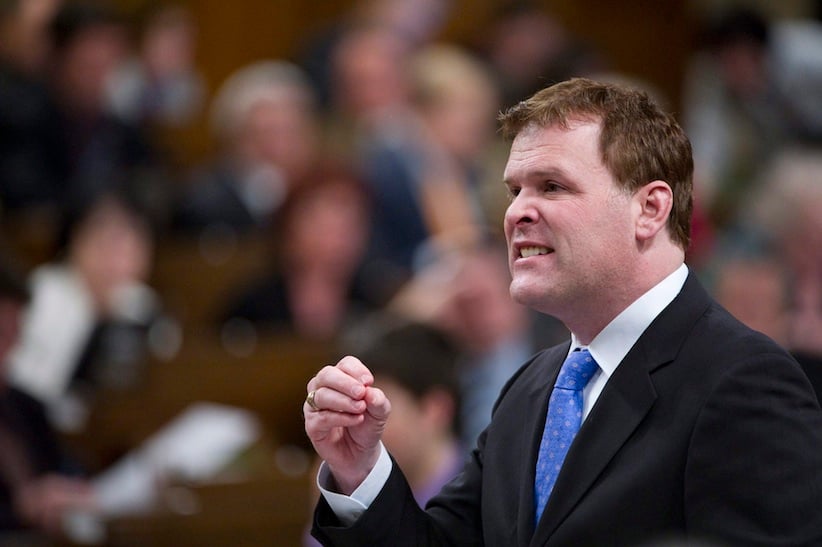 If news that John Baird is resigning his post as foreign minister is proving hard for Ottawa to process, that’s largely because Baird had always seemed to be charging ahead in politics, never withdrawing, much less retreating. The Ottawa MP is just 45, after all, and his profile on the federal scene was so aggressively formidable that nobody ever imagined him taking a career break, perhaps for a stint in the private sector.

He has been among the most effective—and often hardest-hitting—of Harper’s front-bench performers in the House of Commons. “The first rule of Canadian politics is, never ask him a question,” NDP MP Pat Martin once told Maclean’s, “because you’re going to get your head handed to you.”

And Baird wasn’t tough only in the House. After Harper named him to the prestigious Foreign Affairs portfolio in 2011, he took the same full-bore style to the world. He set a tone by scolding the United Nations in 2012 for being too caught up in its own processes. “Not in spite of our commitment, but because of our commitment to this body, we cannot and will not participate in endless, fruitless inward-looking exercises,” he lectured the UN General Assembly.

Harper liked what he heard and trusted him. They went back. When he was sitting in Ontario’s legislature in 2004, Baird found time to co-chair Harper’s campaign in the province for the leadership of the Canadian Alliance. He quit provincial politics the following year to run under Harper’s restored federal Conservative banner, and won his federal Ottawa West-Nepean riding in 2006, holding it comfortably in the 2008 and 2011 elections. Through it all, Baird remained so politically engaged in his hometown that local politicos regarded him as a direct rival to the capital’s Liberal mayor.

Baird lived almost his whole life in Nepean, an established suburban section of Ottawa that used to be a proudly separate municipality, where he grew up middle class. His father, a city employee, and his mother, a real estate agent, were divorced. Active in Tory politics as a teenager, Baird honed his partisan edge at Queen’s University, in Kingston, Ont., where he earned a BA in political science, and a colourful biographical footnote by being arrested in 1988 while disrupting a visit by then-Liberal premier David Peterson to a shopping mall.

Baird was just 26 when he was elected to Ontario’s legislature in 1995, going on to serve as a key minister in Mike Harris’s “Common Sense Revolution” Tory government. In 2006, Baird was among the Harris veterans, along with Jim Flaherty and Tony Clement, who cracked Harper’s first cabinet. His Queen’s Park résumé gave him street credibility with the Tory right wing: As Harris’s community and social services minister, he spearheaded a controversial work-for-welfare plan, pushing many collecting benefits into jobs or education.

Under Harper, Baird first landed the less-than-glamourous position of Treasury Board president. The drab title was misleading, though. It put him in charge of pushing through the key Federal Accountability Act, Harper’s first big piece of legislation. With the Tories holding only a minority, Baird cut a deal with the NDP to move the sprawling ethics bill out of committee, allowing Harper to fulfill a key election pledge.

That knack for getting things done saw him shuffled to the problematic Environment portfolio in 2008, a tricky post since the Conservatives were reluctant to take serious action on greenhouse gas emissions. He met early with environmental icon David Suzuki, which put them on a first-name basis, but didn’t stop Suzuki from later taking Baird to task in public, when they ran into each other on the floor of a green consumer show.

Not satisfied with emissions targets Baird had announced, Suzuki said, “It’s a disappointment, John.” And Baird shot back, “This is more action than any government in Canadian history has ever taken.”

In fact, the Harper government’s record on emissions cuts, nearly eight years later, remains at best lacklustre. Baird’s legacy from his next job—minister of transportation and infrastructure—is more solid. Assigned the portfolio in late 2008, he soon ended up in charge of rapidly rolling out billions in stimulus public-works projects, when the government plunged into deep deficit-spending to fight the 2009 recession, a risky rush job for which he was widely credited with avoiding serious mistakes.

Baird’s combination of a hard-hitting rhetoric and meticulous execution would have been enough to make him stand out in Harper’s cabinet. But beyond politics and policy—or perhaps more accurately, behind it—he cultivated personal relationships that mattered.

He was close to Flaherty, Harper’s powerful finance minister from 2006 to shortly before his death early last year. (Baird had co-chaired Flaherty’s failed 2004 run for the Ontario Conservative leadership.) As a single man, Baird often squired Laureen Harper to Ottawa functions when her husband wasn’t available. He consulted now and then with Brian Mulroney—a hero back in his teenaged Tory years—hosting a private dinner for the former prime minister in 2012 on the anniversary of his Canada-U.S. acid-rain treaty.

Events of the past year may well have prompted Baird to reflect on the arc of a political life. While he is two decades younger than Flaherty, they entered elected politics together in 1995. Only three months after Flaherty’s death last March, Baird watched as Tim Hudak—another old Common Sense Revolution comrade—went down to defeat in Ontario’s election, beaten badly by Liberal Kathleen Wynne. Among federal Tory heavyweights, Baird had been the most active in trying to pump up Hudak’s campaign, introducing him at a key speech and lending a senior aide to the Ontario Tory leader’s hapless tour.

If Baird’s partisan loyalty and piledriver parliamentary persona were his most obvious traits, he showed a certain range as a cabinet minister. Whether or not he hit the right balance in Foreign Affairs remains a matter of debate. On the Middle East, he upheld Harper’s policy of staunch support for Israel, which earned him a salvo of eggs and shoes from Palestinian protesters when he visited Ramallah last month, but he also worked assiduously with his counterparts from Islamic countries.

Last summer, when the UN high commissioner for human rights, Navanethem Pillay, called for a ceasefire after Israel’s bombing of Gaza caused many civilian casualties, Baird blasted Pillay for being neither “helpful nor reflective of the reality of this crisis.” Yet Baird had already proven he could work constructively with Arab countries, as he did when in patiently repairing Canadian relations with the United Arab Emirates, which were badly fractured before he became foreign minister over Ottawa’s refusal to grant UAE airlines extra Canadian landing rights.

Some of the foreign files that Baird seemed most passionate about had a distinctly social dimension. He was blunt in his criticism of anti-gay laws in Uganda and Russia, and outspoken in touting the Harper government’s so-called Zero Tolerance for Barbaric Cultural Practices Act, which would ban people in polygamous and forced marriages from immigrating to Canada.

Last spring, he insisted that “bullhorn diplomacy” was the wrong way to pressure Egypt into releasing Egyptian-Canadian journalist Mohamed Fahmy. This week, with the jailed the Al Jazeera journalist’s freedom reportedly imminent, Baird seems to have been proven right in pursuing a softer diplomatic approach with Cairo.

For a politician so frequently photographed with his mouth open, letting fly in the House, it will be ironic if his last signature success as foreign minister comes as a result of his public restraint.