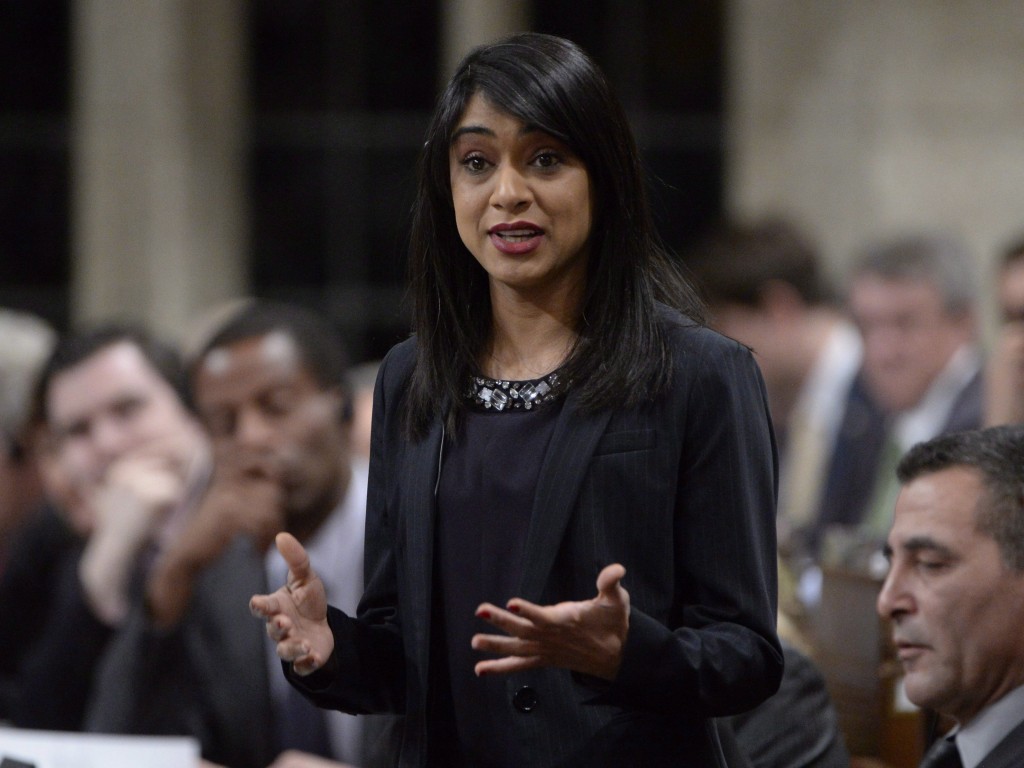 Tourism Minister Bardish Chagger answers a question during Question Period in the House of Commons on Parliament Hill in Ottawa, on Tuesday, Feb.23, 2016. THE CANADIAN PRESS/Adrian Wyld

The rookie MP has been formally sworn in to her new job in what the Prime Minister’s Office is calling a cabinet adjustment.

LeBlanc has been handling double duty as House leader and fisheries minister since Hunter Tootoo stepped down from the latter job.

Tootoo resigned from cabinet in May to go into treatment for alcoholism and has since acknowledged he had been involved in a consensual but inappropriate relationship in the workplace.

Chagger was first elected last fall in the Ontario riding of Waterloo.

Her new job will see her shepherding the government’s agenda through the Commons.