What is BlackRock, and why does it matter now in Ottawa?

The Liberals are under scrutiny for an allegedly cosy relationship with BlackRock Inc. in planning a federal infrastructure bank 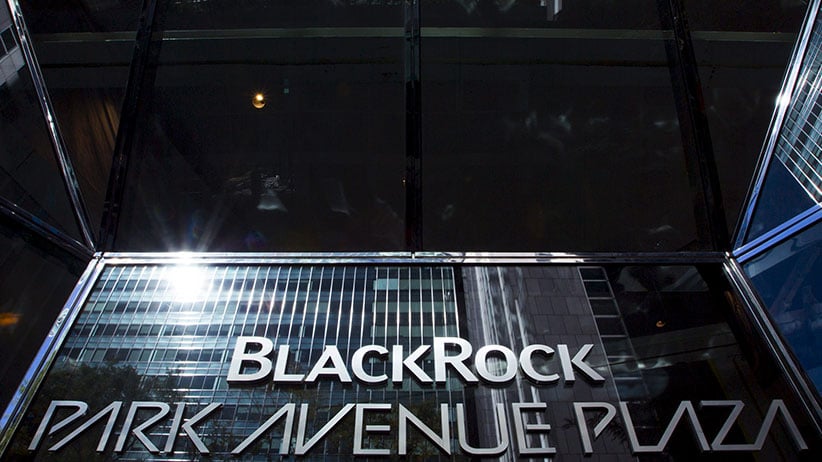 The BlackRock sign is pictured in the Manhattan borough of New York, in this October 11, 2015 file photo. (Eduardo Munoz/Reuters)

OTTAWA – First they met at the World Economic Forum in Davos, Switzerland and again, a few months later, in New York City. They met two more times in Toronto over the last six months, most recently in March.

BlackRock Inc., the planet’s largest asset manager, and Prime Minister Justin Trudeau are engaged in an intense courtship that has been swept into Canada’s political crossfire.

As details emerge about the depth of the relationship between the investors and the policy makers, opposition politicians suspect a conflict of interest as the federal Liberals promote their vaunted infrastructure bank and seek big money.

Political rivals from both the left and the right have been trying to frame BlackRock’s role in the process as evidence, they say, that the government’s new bank will put the priorities of wealthy investors ahead of Canadian taxpayers.

The arm’s-length infrastructure bank, a concept central to the Liberal economic growth strategy, is designed to use $35 billion in public dollars as leverage to attract billions more in private investment.

The political commotion ramped up last week when the Globe and Mail reported that the government consulted BlackRock extensively about its plans for the bank, including whether or not the concept would resonate with its investors.

The Liberals insist BlackRock was among a broad range of stakeholders that were consulted, including municipalities, provinces, unions and industry. Trudeau has argued the private capital generated through the bank will help build infrastructure that will boost the economy and quality of life for Canadians.

But while the Liberals may be familiar with BlackRock, Canadians, by and large, are not.

The New York-based company, which manages US$5.4 trillion in assets, describes itself as a firm that invests on behalf of a wide assortment of clients – from governments, to large institutions, to middle-income people saving for retirement.

The company, founded by CEO Larry Fink in 1988, is also considered an expert in risk management and asset valuation, said Moshe Milevsky, an associate professor of finance at York University’s Schulich School of Business.

Milevsky said the company also consults with, and for, firms and governments around the world – including, he noted, the U.S. government during the 2008 financial crisis.

With a company the size of BlackRock, Milevsky said it’s likely that it oversees at least a portion of just about every Canadian’s retirement nest egg.

“It’s almost impossible to talk about them without tip-toeing around the fact that they’re an integral part of anything we do in the financial community,” said Milevsky, who describes Fink as a “hero” in investment circles.

He noted that publications like The Economist magazine have expressed concerns the firm is getting larger and larger.

“Their expertise is very, very deep – very broad around the world – and that’s where the knowledge resides,” said Milevsky, who noted BlackRock has recruited many of his students over the years.

“That’s not to say we shouldn’t be alarmed about the fact that there is one company that has an indirect control of over 10 per cent of world assets.”

But Milevsky said if one decided to seek private-sector advice on something like Ottawa’s proposed infrastructure bank, he would rank BlackRock at the top of his list.

Laurence Booth, a University of Toronto professor, said he doesn’t think Ottawa’s decision to seek BlackRock’s advice was a conflict of interest because it provided international expertise to government that was unavailable in-house.

“If you’re going to sell something to people, you need to know what the customer wants,” said Booth, a CIT chair at the Rotman School of Management.

The Liberals’ adversaries have tried to cast BlackRock’s involvement with the government as an example of its focus on the well-being of big investors rather than Canadians.

“Has the prime minister forgotten that his job is to serve regular working people?”

Matthew Dube, the NDP’s parliamentary infrastructure critic, accused the Liberals on Wednesday of developing the infrastructure bank behind closed doors with BlackRock at the table. His party is calling for a full day of House of Commons debate on the issue this Thursday.

Dube insisted Canadians will likely have to pay twice for their infrastructure – first through the federal treasury and then through user fees that will generate corporate profits.

“This thing is chock full of conflicts of interest,” Dube said.

The government unveiled the design of the infrastructure bank in November. The announcement came a couple of weeks after the feds’ council of economic advisers recommended Ottawa create such an institution in order to lure private capital by offering steady returns through user fees.

Last May, BlackRock announced Wiseman had joined the company as a senior managing director.

In November, Trudeau participated in a summit hosted by the federal government that brought together some of the world’s most powerful institutional investors – with a combined $21 trillion at their disposal.

Ottawa, which used the opportunity to promote Canada as an attractive place to invest, engaged BlackRock to invite its clients to the event. Fink and Trudeau were to deliver the opening remarks, according to a draft agenda.

In the lead-up to the summit, BlackRock reportedly participated in biweekly conference calls with Infrastructure Canada and the Privy Council Office to create a presentation Infrastructure Minister Amarjeet Sohi was to deliver to the investors.

BlackRock says it has organized similar events in the United Kingdom, France, Germany, India, Mexico and the U.S.

“Our role in assisting to organize the summit included logistical planning, helping the government establish more relationships with global investors and providing directional feedback on Canadian long-term investment opportunities they might be interested in,” a BlackRock spokeswoman wrote in an email statement.

“Any investments in Canada that may ultimately result from the summit’s discussions would likely be made directly by an investor and wouldn’t necessarily include BlackRock or a BlackRock-advised fund.”