Guy Giorno should pay back portion of $78,933 from Toronto to Ottawa, says leadership hopeful 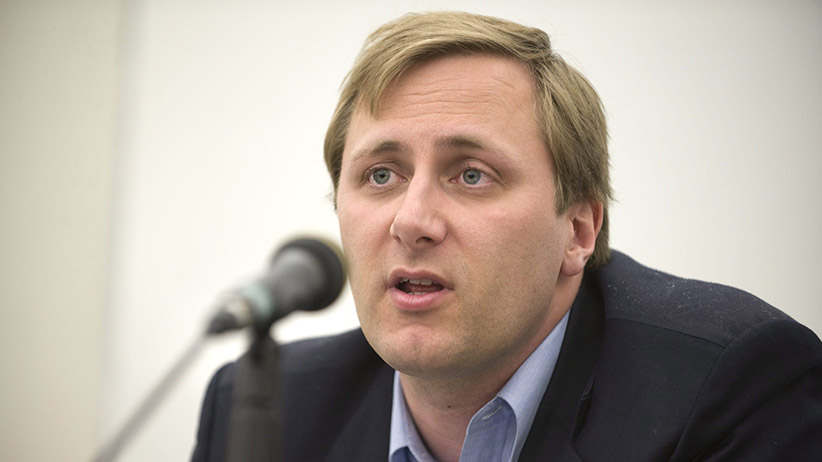 OTTAWA — Federal Conservative leadership hopeful Brad Trost wants a key aide to former prime minister Stephen Harper to repay some of the moving expenses he was reimbursed for eight years ago.

The Liberals came under fire last week when they disclosed that taxpayers shelled out $1.1 million to move about four dozen political staffers to Ottawa after Prime Minister Justin Trudeau won the election last fall.

The pair have since said they will reimburse a combined total of about $65,000.

At one point, the Liberals tried to turn the tables on the Conservatives by revealing that Harper’s office had paid out almost $325,000 in relocation expenses for 29 staffers over nine years.

One of those staffers was Guy Giorno, who said he was reimbursed $78,933 associated with his 2008 move from Toronto to Ottawa, where he served as chief of staff to Harper before returning to the Toronto-based law firm Fasken Martineau two and a half years later.

Giorno said that figure comes from a 2010 statement he has from Royal LePage, but has asked the Privy Council Office if they have a different figure on file.

Trost said Monday that Giorno did nothing illegal or unethical in claiming expenses in accordance with the federal relocation policy, but urged him to pay back some of the money to allow the Conservatives to stay ahead of the Liberals.

“We need to take a stand and say, ‘Hey, we stand for the taxpayer,”‘ Trost said in an interview. “Even if that means one of our own did something, we shouldn’t be shy about saying it.”

In a statement posted to Facebook, Giorno said he had personally reached out to Trost before the Globe and Mail first ran a story about it to remind him there had been no cap on moving expenses under Harper.

“The federal relocation program — which applies to hundreds of moves annually, including moves by employees of government, military and RCMP — exists for a very good reason,” said Giorno, who said the amount of his reimbursement was determined by the independent third party that runs the program.

“The purpose is to ensure that those who relocate because of federal employment are made whole financially. Mr. Trost has never had to deal with relocation because his travel and accommodation costs are covered by the taxpayers.”

Trudeau, who has said the Liberal staffers followed all the rules, has also asked Treasury Board to develop a new policy.

Trost, who plans to join the Conservative leadership race but has yet to formally register, said he had wanted to raise the issue in a statement to the House of Commons ahead of question period Monday.

It was not his turn to make one, and when he was reminded that leadership candidates have been asked to speak only about issues affecting their ridings, Trost took his message to social media instead.