Conservative minister steps away after nearly two decades and time atop some of the most prestigious portfolios in government. 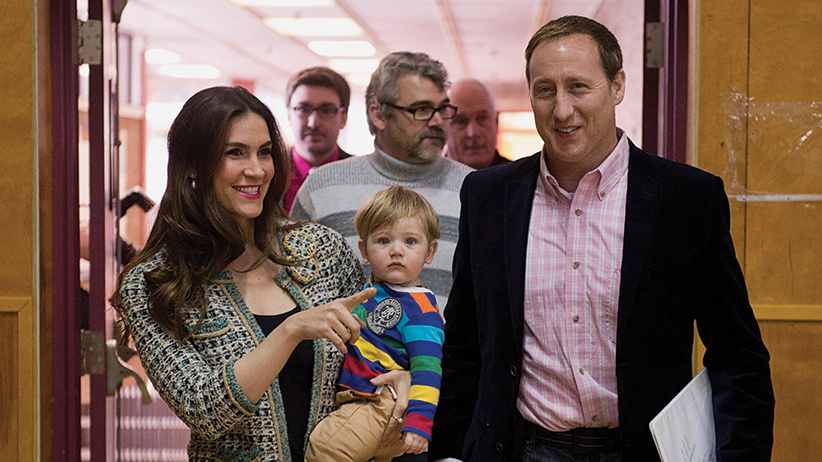 OTTAWA — Federal Justice Minister Peter MacKay will announce later today that he is leaving federal politics after nearly two decades and time atop some of the most prestigious portfolios in government.

The significance of his departure is reflected by who will stand next to him when he declares his intentions at an event in Stellarton, N.S.: Prime Minister Stephen Harper.

The duo were the foundation for the modern Conservative Party and MacKay’s departure is another crack in its cement for the prime minister, facing re-election this fall with another of his long-time deputies off the ballot.

MacKay, who turns 50 this fall, is expecting a second child later this year with his wife, Nazanin Afshin-Jam, a human rights activist he wed three and a half years ago.

Though he had filed his nomination papers for his Central Nova riding earlier this year, the impending arrival of a new baby shifted his thinking, several sources told The Canadian Press.

MacKay was first elected in 1997, and went on to head the Progressive Conservative party, ultimately leading the merger of that party with the Canadian Alliance in 2003.

He did not challenge Stephen Harper for the leadership of the new Conservative party and went on to helm some of the most prestigious portfolios in government — foreign affairs, defence and finally, justice.

Harper’s decision to join MacKay at the announcement reflects the bond between the two men, characterized by many as strong and productive. Harper chose to travel to Nova Scotia Friday as a show of support for MacKay’s decision.

Harper was informed weeks ago that MacKay was leaving; in mid-May, the prime minister was in Nova Scotia and his wife, Laureen, attended a party fundraiser for the sole Conservative incumbent now standing for re-election in the province, Scott Armstrong.

MPs Gerald Keddy and Greg Kerr had announced months ago they were not running again.

The party only holds four seats in the province. The NDP hold three and the Liberals four.

Polls suggest the Liberals have the lead in the province going into the fall campaign, with the Conservatives currently in second.

“The Harper government will miss the progressive voice of Peter MacKay at the table,” said Bill Casey, a Nova Scotian who was a PC MP with MacKay but is running for the Liberals in the next election against Armstrong.

Speculation that MacKay would step back from federal politics ahead of this campaign has been swirling for months, ramping up every time another member of the Conservative caucus chose to walk away.

Among them has been former foreign affairs minister John Baird, who abruptly announced his decision in February, stepping back immediately from cabinet and from his Ottawa-area seat a few weeks later.

He had only informed Harper of his decision the night before and has since accepted several private sector jobs.

The Maclean’s Interview: Peter MacKay on Afghanistan, the F-35 controversy and military spending

Peter MacKay and the trouble with women