Burnaby residents to Justin Trudeau: When do we get an MP?!

Toying with Jagmeet Singh might be fun for Liberals, but their byelection gamesmanship has not gone unnoticed in Burnaby South 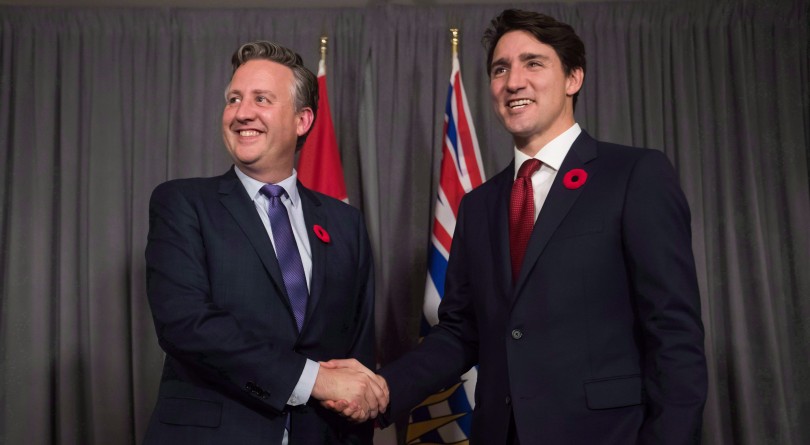 The residents of Burnaby South in British Columbia haven’t had their voices heard in Ottawa for months.

Last year, they were represented by Kennedy Stewart, who declared himself to be “leading the charge against Kinder Morgan in Ottawa.” The former NDP MP went so far as to get arrested last year at a protest at one of the Kinder Morgan facilities. He later pleaded guilty to criminal contempt of court and was fined $500.

But ever since Stewart vacated his seat in September to run for mayor of Vancouver—he all but left Ottawa behind before the successful campaign—Burnaby South’s seat in Parliament has sat empty, with no byelection date in sight.

“Kennedy Stewart was a champion for the community in terms of defending ourselves against the pipeline and the tank farm and supertankers,” says Gene McGuckin, a member of a local grassroots citizen group called Burnaby Residents Opposing Kinder Morgan Expansion (or BROKE, for short).

RELATED: The games Liberals are playing with Jagmeet Singh

Kennedy won his seat by only about 500 votes at the last federal election, and McGuckin concedes there’s no guarantee BROKE will get a similarly outspoken MP. “But we didn’t get the option,” he adds. “It would have been good to have the ability to have an election and the possibility of electing somebody else who could play that role in Parliament.”

It’s not that locals are raging in the streets over their current lack of an MP. But many see lost opportunities as a result.

Away from the pipeline debate, for example, Antonia Beck says she’s worried about the impact on her Burnaby Neighbourhood House if they don’t elect another MP soon. “If I come across someone in the community with an issue regarding bureaucracy—something under the jurisdiction of the federal government like, say, immigration—I always send them to the constituency office for help navigating the system,” says the executive director of the community-based social services agency. “I’m not sure if the constituency office is open. If [an MP] isn’t there, I assume the team isn’t either.”

Some concerns are more immediate. “We rely on the MP to help advocate for our summer students, and applications are due this month,” Beck says. “Not having somebody representing us in Parliament for four months is an issue. And I don’t know why it’s [taking so long].”

The NDP—and other political critics—have argued that Trudeau’s tardiness in calling a vote is a political maneuver. Jagmeet Singh announced his intentions to run for office in Burnaby South last October, and the delay keeps the NDP leader from potentially being elected to the House of Commons for as long as possible. The government must call the by-election within six months of the seat being vacated, which means the Liberals could conceivably wait until mid-March.

“I think four months is not the end of the world right now, but you want it resolved sooner rather than later,” says Paul Holden, president and CEO of the Burnaby Board of Trade. “It’s better to have more conduits into Ottawa.”

Holden says MPs tend to make appearances at the board’s events to engage with the local business community. And while Holden says he has yet to hear from local businesses lamenting the lack of an MP, he’d prefer Ottawa not to wait in case something major pops up.

“There’s work to be done,” adds Beck. “In anybody else’s business, you wouldn’t leave an employee position open for this long, right?”