Calgary voters had a rare opportunity to say something to a four-month-old government, and they said whoa. 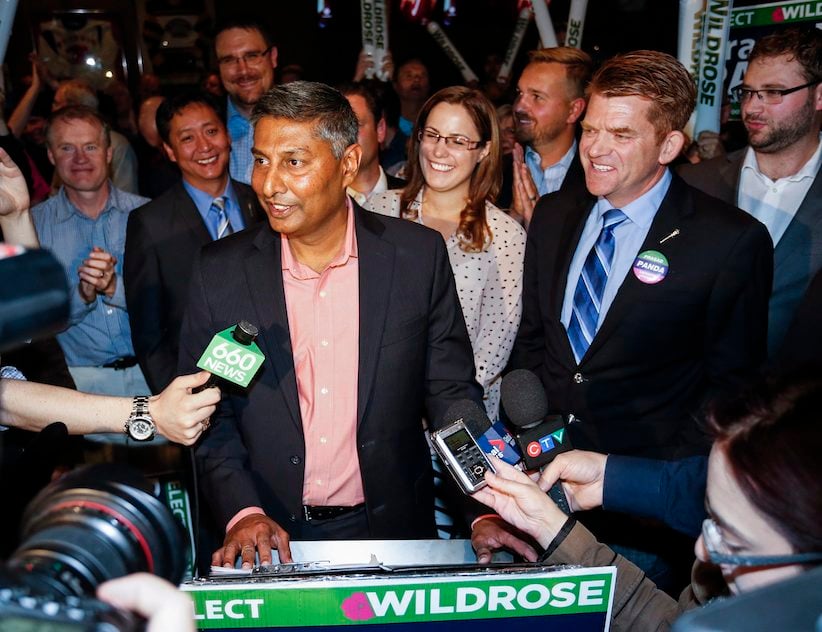 The excited chatter among Alberta New Democrats in the sushi restaurant didn’t go away immediately as poll after poll showed the Wildrose was beating their star candidate in Thursday’s by-election in Calgary.

But once the lineups for free food at the bar thinned and people got back to their tables, it was as though someone gradually adjusted the dimmer switch on the mood.

It’s familiar territory for NDP faithful in Alberta, the sunny concession speech after a dogged effort in a riding that has elected conservatives since papyrus was invented. Better luck next time. “Can’t win ’em all,” one MLA said with a sigh.

OK, that’s a new phrase for this party in Calgary, a city where the NDP won most (traditionally conservative) seats in May on route to their surprise majority. Calgary-Foothills was one of a handful of ridings the Tories hung on that apocalyptic night, though Premier Jim Prentice decided he’d rather face the ignominy of declining a seat to which the people had just elected him than get his kidneys bruised and eyes gouged out at the next Progressive Conservative caucus meeting.

Voters had a rare opportunity to say something to a four-month-old government, and they said whoa. Having 53 of 83 Alberta seats in New Democrat hands is plenty, thanks. Bob Hawkesworth, an affable social democrat with 30 years experience between city council and legislature, lost to Prasad Panda, an oil company middle manager who ran for the Wildrose, the right-leaning party that simply refused to die after leader Danielle Smith and fellow floor-crossers abandoned it last year. (The Tories put in a third-place showing respectable enough to likely cool the voices urging them to quietly find history’s ice floe.)

Calgary and Alberta are mired in what will soon be a one-year-old oil price slump that seems to be deepening and entrenching almost every week. Earlier this week, the government forecast a year-long recession and a $6.5-billion deficit, and energy sector companies launched the latest cycle of layoffs with more than 1,000 job cuts spread among three large firms.

“The low price of oil is making things stressed for families. There’s stressors on families. They may have been open and available to the Wildrose message,” Ceci said.

Then he wildly exaggerated the Wildrose message by saying they’d slash thousands of front-line service jobs — a scare tactic NDP used in the by-election to predictable effect — and pledging that the Notley government will stick with its plan to safeguard public programs and seek minor spending restraint through “efficiencies.”

In a business town, the NDP’s energy royalty review and corporate tax hike don’t play as well as they do among Notley’s government and university base in Edmonton. The party is convinced they don’t need to blink on those, either.

So it’s unclear that Alberta’s new government will take any message from this electoral disappointment, after a couple months of muted leadership ahead of Notley’s long-awaited (perhaps too long-awaited for voters) job creation plan and budget, due in late October. Perhaps the federal leaders want to sift through these tea leaves.

For all he’s traded on how this province’s orange wave bodes for him, Mulcair is the only leader who hasn’t yet campaigned once in Alberta. He keeps saying the May victory for Notley proves anything is possible, but Thursday’s Wildrose win indicates that voters’ preference for enhanced fiscal probity also remains possible. Mulcair doesn’t sell at the doors like Rachel Notley does in Alberta, and if her provincial brand isn’t doing so hot, the federal party may want to shelve any hopes of a breakthrough here other than a couple seats around the one they already hold in Edmonton.

Stephen Harper’s team revelled some in their right-wing cousin’s successes, some happy news after a day when the country and parts of the world cast a scornful eye at its refugee policy. But what happened in Calgary-Foothills also contains a warning for the Conservatives. Voters like to blame governments for hard times. They also don’t always stand by their leader if they’re offered a stolid stay-the-course message when the course doesn’t appear to be well, coupled with a ominous warnings that any diversion from the government course means certain death by electrocution.

The Alberta NDP and Harper Conservatives may not appreciate being compared to each other. But in both cases, they’ll preserve their jobs and credibility by showing they’re in charge when a worried public is looking for some reassuring responses and actions.