Cameron looks to reform EU to avoid a 'Brexit' 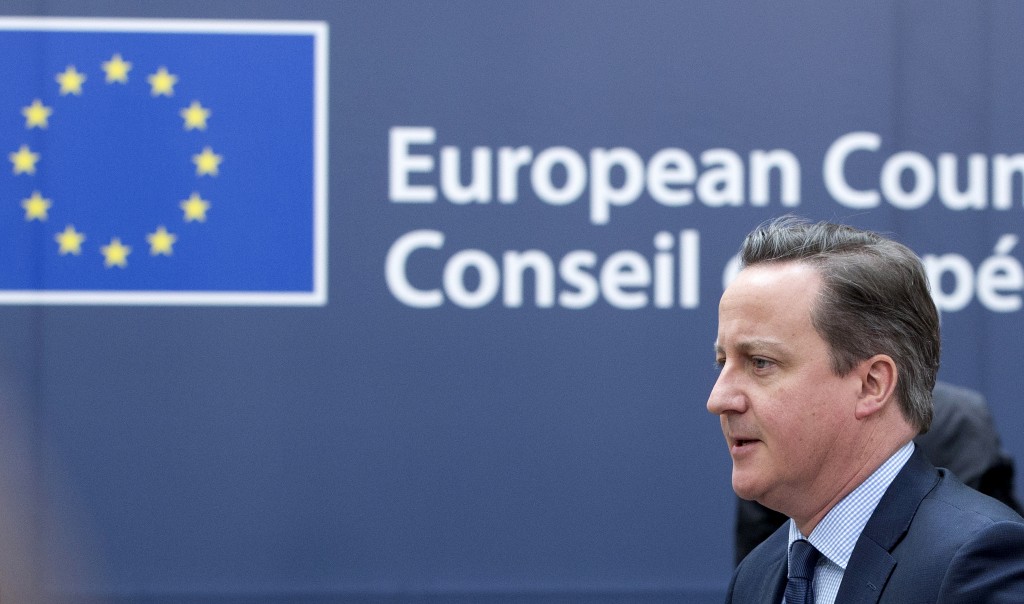 BRUSSELS – Prime Minister David Cameron went into Thursday’s European Union summit ready to be “battling for Britain” as he seeks a deal to fundamentally reform the EU to make sure a U.K. referendum on continued British membership can be won.

“It is going to be hard,” Cameron said as he got to the summit centre early for preparatory talks with EU President Donald Tusk.

He even hinted he would walk away from the summit unless a deal met his demands for more sovereign decision-making for member states and national authority over issues like social welfare to contain an inflow of EU workers.

“If we can get a good deal, I will take that deal but I will not take a deal that doesn’t meet what we need,” he said. “With goodwill, with hard work, we can get a better deal for Britain.”

With as many as four core issues still outstanding EU President Donald Tusk said hours before the opening summit session: “One thing is clear to me though. This is a make or break summit, I have no doubts.”

Tusk said that both sides were still “in the middle of still very difficult and sensitive negotiations,” as the summit centre not only started filling with leaders but also legal experts who would have to pour any decision into binding legal texts.

The lingering disputes over anything from the reinforcement of national sovereignty to child benefits belie the fact that none of the other member states wants to see the departure of Britain, an economic and diplomatic giant in a struggling EU.

Britain has been an increasingly half-hearted member over the past decades, staying out of both the common euro currency and the borderless Schengen zone. The perception of increasing meddling of Brussels into affairs many Britons long considered sovereign issues made the time ripe for a referendum.

Still, Cameron is convinced that if the right reforms are approved during the summit, the 28-nation EU will be good for Britain and he will campaign for an in-vote in the referendum, which could come as soon as June.

He has relentlessly consulted with EU leaders over the past months to get close to a deal on reform many would have thought impossible. A British official said that Cameron spoke with Tusk late Wednesday and they “agreed that good progress had been made in all four areas of our renegotiation.”

But Nigel Farage, leader of the U.K. Independence Party, said the changes the British leader was seeking were trivial.

“It’s not worth a row of beans, whatever he gets,” Farage told the AP in Brussels Thursday.

On Wednesday, German Chancellor Angela Merkel said that it was in Germany’s national interest for Britain to remain in the EU.

In a speech to Parliament, Merkel painted a largely positive picture of chances of an agreement on Britain’s EU reform demands, which she said are in many cases “justified and understandable.”

“Germany will make its contribution so that a result that satisfies everyone can be achieved, if possible already at the summit,” she said.

Merkel said Britain is an ally for Germany in promoting competitiveness and free trade, and that “Europe needs Great Britain’s foreign and security policy commitment to assert our values and interests in the world.”