In the past two elections, Progressive Conservatives snatched defeat from the jaws of victory 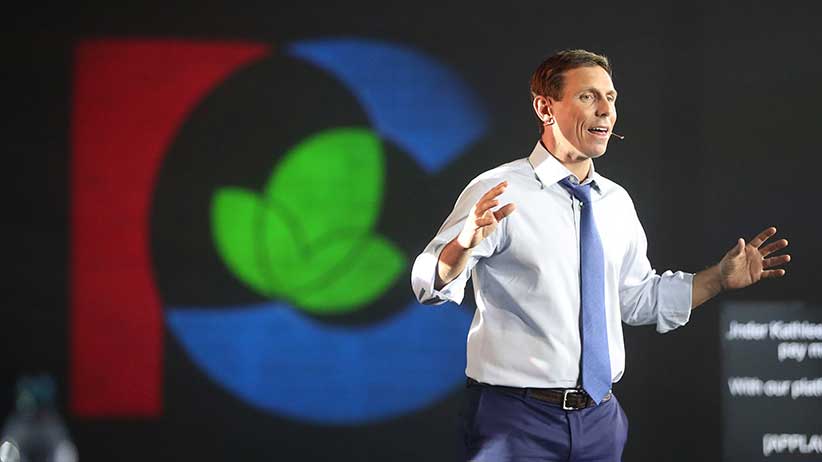 As residents of Canada’s most populous province look ahead to next June’s provincial election, they could be forgiven for feeling more than a little perplexed.

In many important ways, the 2018 election will be a referendum on regime change. Kathleen Wynne, though premier only since 2013, is personally unpopular and leads a geriatric Liberal government. In power since 2003, the administration is widely seen as tired—if not spent—and has trailed Patrick Brown’s Progressive Conservatives in popularity for over a year.

READ: Five things Kathleen Wynne is doing to save her political skin

Meanwhile, beyond the enclosed dog run that is Queen’s Park politics, Brown is still very much a mystery man, assiduously centrist but not with the legible conviction of someone who actually believes his own positioning. At its convention in late November, the party filled out the picture somewhat when it released a glossy election platform that included chestnuts like a tax cut, hydro rebates and a pledge to upload Toronto’s subways (a reprise of a 2014 plank). Brown, whose public demeanour increasingly resembles that of Dalton McGuinty, has also pushed riding nominations of some higher profile candidates, presumably to keep the party’s social conservatives from hijacking his non-threatening election stance.

Still, the big question in this looming race is whether the 2018 election is Brown’s to lose? “Absolutely,” Bricker says. Others offer more qualified answers.  “If it’s Brown’s to lose,” one Liberal strategist notes, “he’d need a 10- to 15-point lead, and he doesn’t have that.”

Except he might, according to one recent poll by Forum Research, which put the Liberals fully 20 per cent behind both the Tories and Andrea Horwath’s NDP (a Campaign Research survey, conducted earlier this fall, concluded the gap is actually much narrower). “These days there’s no certainty of anything,” observes pollster Lorne Bozinoff of Forum Research, citing Justin Trudeau’s surprise come-from-behind win in 2015. “I don’t think anything is in the bag.”

As for Horwath, most Ontarians say she’s the leader they like best, but the Liberals have spent months rolling out progressive-ish policies in a bid to eat the NDP’s lunch. “I don’t think anyone’s wildly in love with any of these three,” says University of Guelph political scientist Tamara Small, co-author of a book about the 2011 Ontario race. “If you don’t like Kathleen Wynne, what do you do?”

The Liberals have racked up four consecutive victories since 2003, including a surprise majority in 2014—a race that was widely seen as a gimme for then-leader Tim Hudak. But in a self-immolating gesture, Hudak, a bland Niagara region glad-hander, came out pledging to tidy up the province’s books by firing 100,000 civil servants. Thus armed with a promise that promised to inflict pain on almost every family in the province, Hudak reprised the Tories’ disastrous 2007 showing, when his predecessor, John Tory, had run on a weird pledge to extend public funding to private schools.

Hudak’s tactical error gave Wynne the momentum she needed to persuade voters to overlook the scandals that marked the closing years of Dalton McGuinty’s term as premier. This time, she’ll have to defend her own record, which increasingly resembles Patrick Brown’s Christmas wish list.

Ipsos’s Bricker points out that skyrocketing energy costs loom large with voters, especially in rural regions. Meanwhile, some left-of-centre urban voters haven’t forgiven Wynne, a self-styled progressive, for privatizing Hydro One, a giant electrical utility, soon after her 2014 win. “I just think [that decision] said who she really is,” says NDP MPP Peter Tabuns, who represents a downtown Toronto riding. “It said her brand was a sham.”

For all the static, two political scandals that spilled into the courts—one a leftover from the McGuinty era, and the other an allegation of bribery against two of Wynne’s top political organizers—have turned out to be snooze-fests; indeed, a judge dismissed the bribery charges earlier in the fall due to lack of evidence.

Also in Wynne’s favour: Ontario’s economy is humming along, with new jobs being created, low unemployment and lots of buzzy investment activity in the high-tech corridor that stretches between Waterloo Region and Toronto.

As the election draws closer, Ontarians will begin to see more of the kind of positioning that has become a familiar feature of three-way races: in the new year, the Liberals will almost certainly move to frame Brown as being too cozy with the rural social conservatives—a gambit meant to scare disillusioned left-of-centre Liberals who otherwise might be tempted to abandon Wynne in favour of Horwath’s NDP.

Will it work? Bozinoff, whose polling shows the Tories with the larger lead, feels Wynne’s Liberals will be “on thin ice” simply because voters have grown weary of the government and want something to change.

Yet Small points out that because the Tories have been so cautious about showcasing their leader, “the Liberals will have an easier time defining him.” Indeed, Brown’s Tories have adopted a classic front-runner approach, offering few specific policy planks and avoiding missteps, including the sort of wedge platform stances that killed the party’s chances last time, Bricker observes. “He’s probably learned not to create promises that [encourage] magical thinking.”

For all the partisan positioning, pre-election promises and phony war skirmishes that will dominate provincial politics in the months to come, campaign strategists and pollsters know that the X-factor has become an ever more potent force, especially in elections that can turn on the whims of a relatively small number of swing voters, as is the case in Ontario.

Will the X-factor be an economy-shaking stock market correction? Donald Trump tearing up NAFTA and sending the Canadian dollar plunging? Potentially, but Bricker will have his eyes on the eventual leaders’ debate, which will be the first time that a large number of Ontario voters encounter the man with the best chance of finally ousting a government that seems to most observers to be on its last legs. “When people don’t know who you are,” Bricker says, “the first impression you make is huge. It puts an unbelievable weight on his shoulders.”