Can the next Tory leader reunite the Conservative party?

The long Conservative leadership race has revealed rifts within the party's base. The next leader's job will be to bring everyone back together. 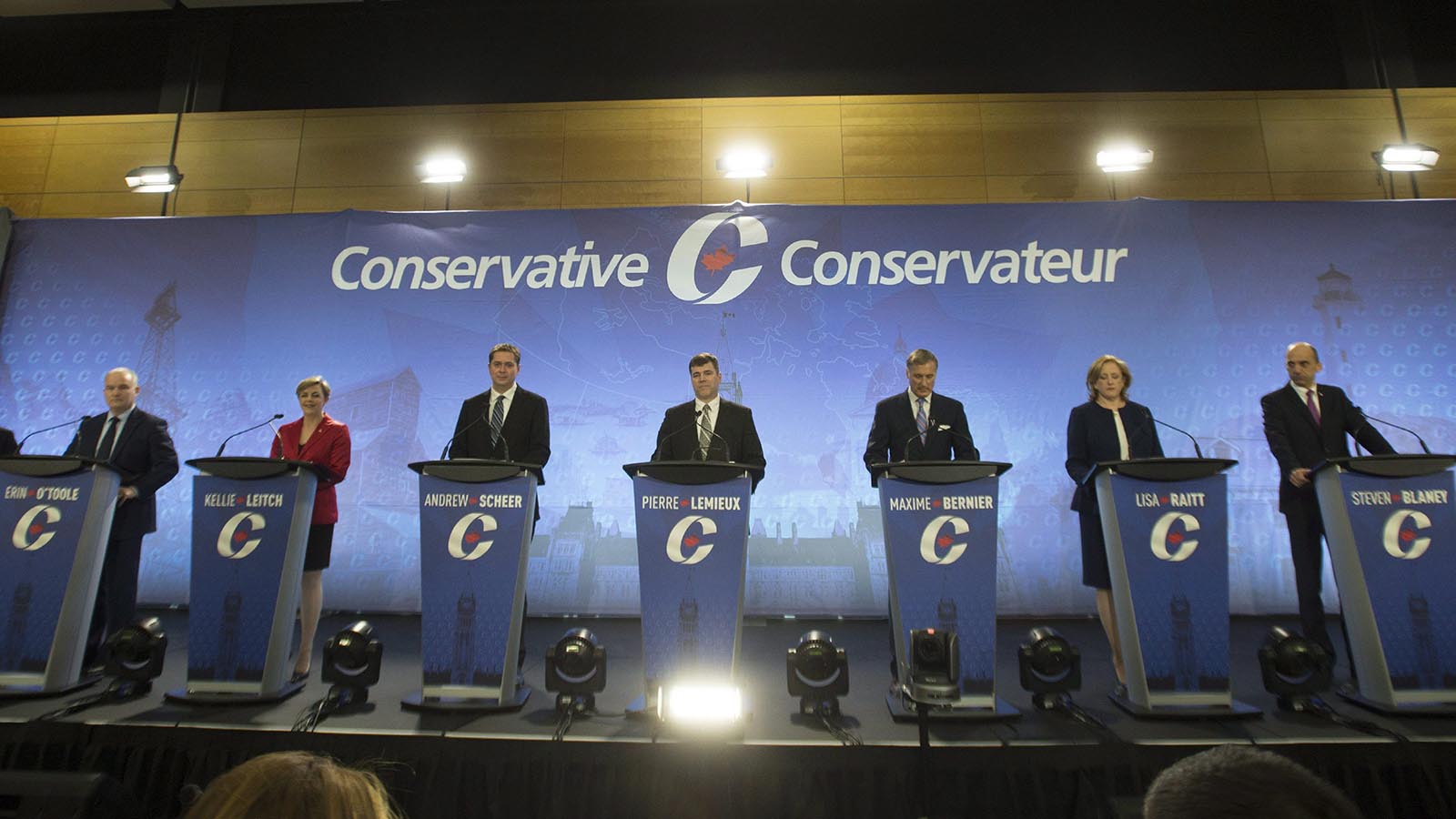 OTTAWA – The 13 candidates vying to lead the federal Conservatives make their final pitches to party faithful today – at which point, the marathon leadership race will be all over but the crying for 12 of them.

Indeed, it will likely be over even before the leadership hopefuls make their swan-song speeches tonight.

The vast majority of party members will already have voted by mail-in ballots, although they can still cast ballots in person Saturday at the Toronto convention site and at polling stations across the country; polls close at 4 p.m.

For the winner, however, the hard part is still to come: uniting the party and getting it in fighting form in time for the next election in 2019.

“This has been a long leadership race but the hardest work is still ahead,” said former Conservative cabinet minister James Moore.

OPINION: Are the Conservatives about to elect their own Stéphane Dion?

A number of candidates have championed policies during the campaign that run contrary to long-standing party policy and, should one of them win, it might be difficult – or at least time consuming – to persuade party members to change direction.

For instance, front-runner Maxime Bernier has unabashedly campaigned on a pledge to undo support for supply management, the policy that controls the production and price of dairy products in Canada. Should he win, he’s said he’ll spend the next year convincing party members to change their minds on the issue.

Another immediate challenge will be ensuring that all the failed leadership hopefuls put the race behind them and rally behind the eventual winner.

Some campaigns are already grumbling about the potential for a high number of spoiled ballots to skew the results. And there’s still the outstanding question of who, exactly, was behind the 2,729 ineligible memberships found on the party’s rolls.

Party officials did meet with Elections Canada and turned over all the material from their internal membership review but the office of the elections commissioner won’t say whether it is formally investigating the matter.

The mere suggestion of a problem makes party brass anxious since one of the primary objectives of the leadership contest has been to present a refreshed party to Canadians, one free from the baggage of its years in government, including repeated run-ins with Elections Canada over political financing and other scandals.

A door on one of those scandals finally closed Thursday, with the federal ethics commissioner’s ruling that former prime minister Stephen Harper’s one-time chief of staff broke the Conflict of Interest Act when he personally gave $90,000 to Sen. Mike Duffy to reimburse dubious living expenses claims.

Harper won’t be attending the weekend leadership event, determined to leave the spotlight to whomever inherits the party he helped found.

OPINION: Why the Conservative Party should remain optimistic

Harper is credited with quickly uniting divergent factions in the aftermath of his leadership win in 2004. His successor will have the same job, said Moore.

“The leader has to bring in those candidates who weren’t successful and make sure non-supportive MPs are reassured of the new direction.”

The preferential ballot being used to select the next leader could help ease some tension since every voter can rank their choices from first to 10th. That forces them to give some advance thought about whom, other than their favourite, would make an acceptable leader.

Under a preferential balloting system, if no candidate receives more than 50 per cent of the vote, the last-place contender is eliminated and his or her supporters’ second choices are counted. That continues until one emerges with a majority.

None of the 13 is expected to win on the first ballot, which means there’ll be several rounds of counting before the winner is finally announced Saturday night.