Canada is a federation of frenemies—and pipeline politics prove it

Alberta Premier Rachel Notley says Canada is more than 'a combination of individual fiefdoms.' Has she met us? 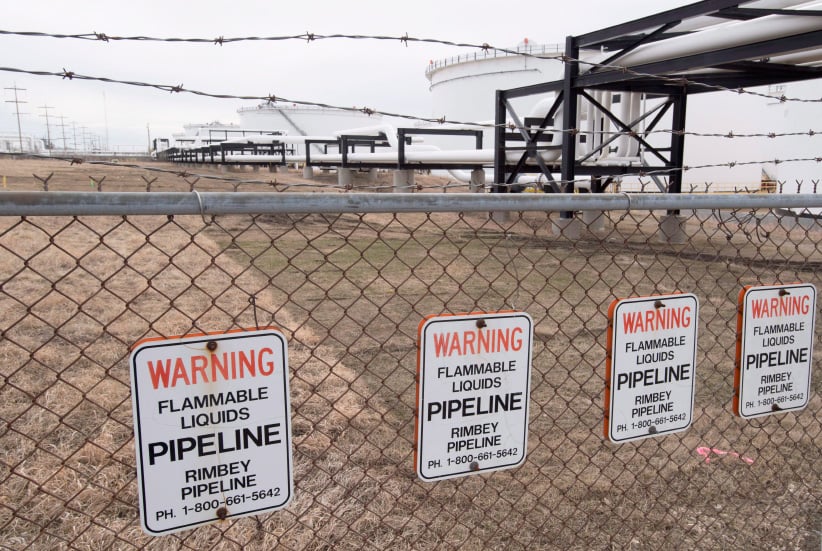 On Tuesday, Alberta premier Rachel Notley lashed out at politicians in British Columbia, suggesting that they could not hold her province’s economy “hostage” by attempting to block the twinning of Kinder Morgan’s Trans Mountain Pipeline. If it is ever built, the project will add a second line carrying diluted bitumen from Edmonton to Burnaby, B.C. Expansion of the pipeline is opposed by the B.C. NDP, the B.C. Green Party, the City of Vancouver, the City of Burnaby, the Tsleil-Waututh Nation and other Indigenous Peoples, and a number of civil society organizations. The government of Alberta, the federal government, and the BC Liberal Party support the project, but with the future of provincial politics uncertain in British Columbia after a close election that saw the incumbent Liberals returned with a minority government, very little can be taken for granted right now.

The pipeline’s chances of being built are, right now, roughly 60-40. The Greens are likely to support a Liberal minority government; their leader Andrew Weaver, while opposed to the twinning of the pipeline, seems more interested in working to secure long-term viability for his party through structural reforms to the political system–banning union and corporate donations to political parties, and getting proportional representation in B.C.–than he is in mounting his donkey and playing Pipeline Don Quixote. His base of supporters will hate him for the move, but they may find it in their hearts to  forgive him someday if he wins his party some staying power (which, incidentally, is unlikely to happen any time soon, but them’s the breaks, kid). Meanwhile, Liberal Premier Christy Clark surely has her eye set on winning back a majority government before too long, so she’ll happily let Weaver sharpen the knife that she’ll eventually plunge into his sternum. She’ll continue to back Trans Mountain by arguing that the provinces “five conditions” have been met, and therefore the expansion is a good deal for British Columbians.

MORE: Why the B.C. Greens should be wary of a coalition

But what’s perhaps more interesting is Premier Notley’s perhaps deliberate obtuseness over B.C.’s ability to kill the pipeline. In her remarks, she committed the sin (a venial one, admittedly) of mischaracterizing Canadian federalism: “I fundamentally disagree with the view that one province or even one region can hold hostage the economy of another province, or in this case, the economy of our entire country,” she said.

I beg your unbelievable pardon? Have you met us? 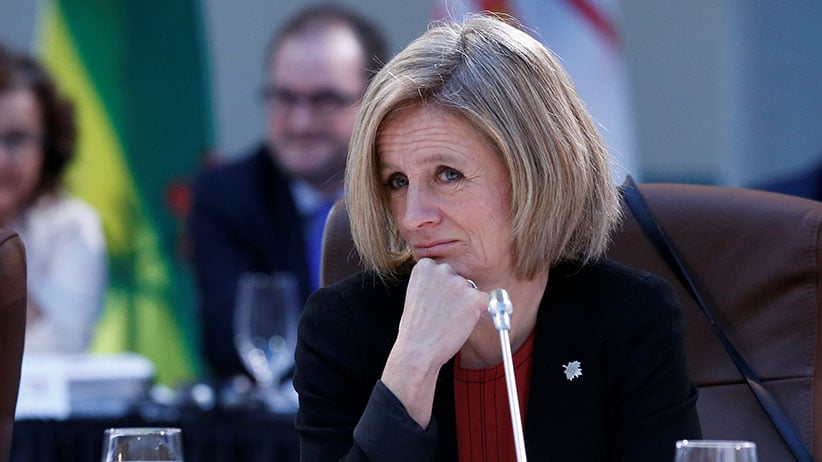 A cursory glance at Canadian history reveals the story of a diverse and divided nation, often sundered, parcelled into provinces and territories always ready to pound the piss out of one another a mari usque ad mare. Sure, Canadians come together sometimes, especially when it really counts, and our aggregate outcomes are often impressive, both in absolute and relative terms. But let’s not pretend that regions and provinces (and the politicians who inhabit them) don’t have distinct interests that they’re willing to trade off against the common, national good, whatever that may be.

Premier Notley went on to argue that whomever ends up governing B.C. and however they choose to do so, there’s no stopping the pipeline: “It’s our view that there are no tools available for a province to overturn or otherwise block a federal government decision to approve a project that is in the larger national interest,” she said, adding: “If there were such tools, Canada would be less a country and more a combination of individual fiefdoms, fighting with each other for advantage.”

The thing is, we don’t yet actually know whether or not B.C. or anyone else can stop the pipeline project. But we do know that construction is unlikely to begin before legal challenges are worked out in the courts and Kinder Morgan finalizes investment arrangements for the project. While the plan is to begin constriction in September, there’s a better chance of me landing a tenure track job on Neptune than of that timeline being met.

But let’s go back to Notley’s claim that if B.C. were able to block the pipeline it would imply that the federation would be a mere “combination of individual fiefdoms, fighting with each other for advantage.” First off, Canada is a combination of individual fiefdoms—they’re called provinces and they enjoy sovereignty in specific jurisdictions under the Constitution. Consequently, sometimes, we function as a country, and sometimes specific bits of the country—with their own preferences, goals, and interests—function independently, or else in small coalitions against other provinces or the federal government. Whenever you divide a body, distinct interests will emerge and folks will fight to preserve and protect them.

What’s good for oil and gas in Alberta may not be good for manufacturing in Ontario. Fisheries in British Columbia are different from fisheries in Newfoundland. Immigration in Quebec operates distinctly from immigration in Manitoba. What the federal government wants for healthcare is not necessarily what Saskatchewan wants for healthcare. And then there are the Indigenous Peoples of Canada—themselves diverse—with their own rights and goals and priorities.

With the Trans Mountain Pipeline, the interests of the country and of the provinces (and cities) directly affected are not necessarily aligned; indeed, there is plenty of disagreement about whether or not the project is good for the country given associated environmental costs. What must be granted is that British Columbia has the right to oppose to project and do whatever is within its legal rights to delay or defeat the planned expansion, as does the City of Vancouver, and the City of Burnaby, and as do First Nations and civil society organizations. And as they pursue their options, we are no less a federation or unified country.

Whether or not Premier Notley recognizes or likes it, battles over projects such as the Trans Mountain Pipeline are the cost of living in our federation. And it’s an arrangement, it’s worth recalling, that has functioned remarkably well in the 150 years it’s been in operation—one that has made Canada one of the most stable and prosperous countries in the world.