The collapse of oil prices is one culprit. A the larger problem is Canada’s aging population.

Finance Canada quietly released its long-term fiscal projections for the country over the holidays, anticipating mounting debt and widening deficits for the next two decades: 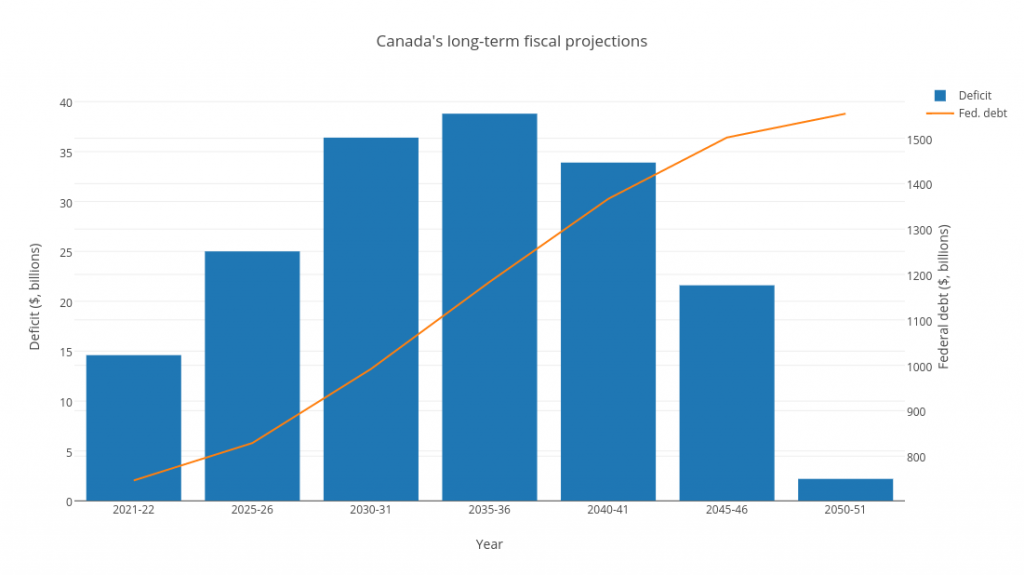 Canada’s deficit will peak at $38.8 billion in 2035-36, according to the report. The projections stand in stark contrast to the government’s previous long-term fiscal update, released in 2014. Back then, the department projected decades of surpluses. (In 2035-36 specifically, the department pegged the surplus at $49.6 billion.)

What changed? Oil prices collapsed, for one, and the federal Liberal government has made deficit spending an explicit part of its agenda. Long-term forecasting will always be fraught with uncertainty, of course, but the one unavoidable challenge highlighted by Finance Canada’s report is the impact of the country’s aging population. 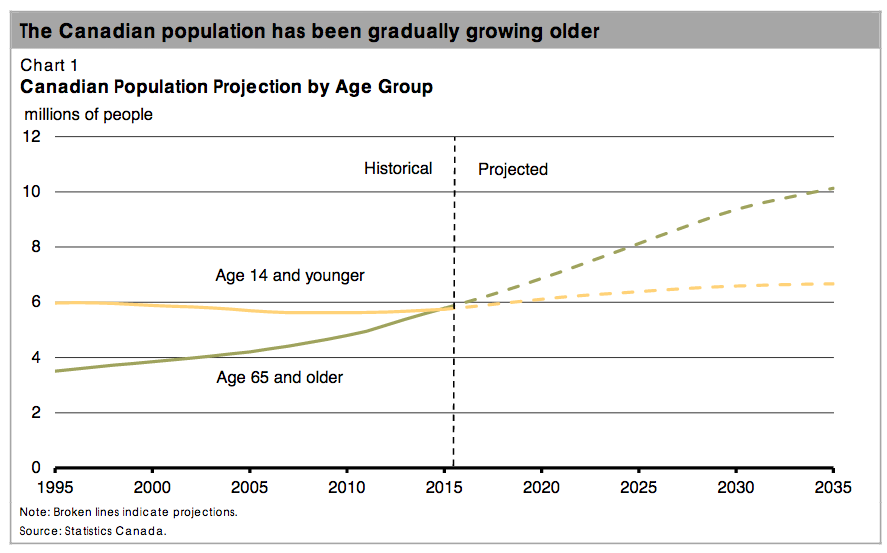 “The ratio of Canada’s workers to our elderly population is expected to decrease dramatically over the coming decades,” according to the report. And that will weigh heavily on economic growth.

The demographic picture underscores the need for the federal government to be prudent with spending and make the right investments to boost productivity. Otherwise, the country’s finances will only deteriorate further. 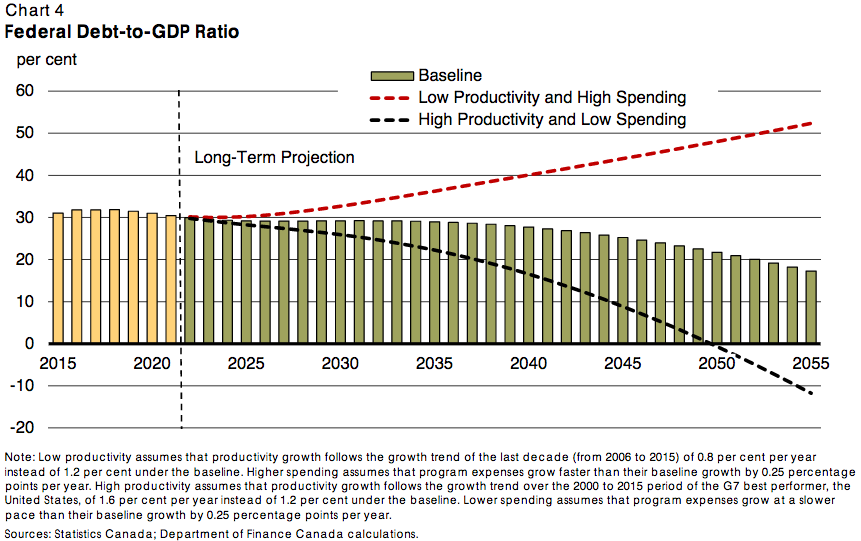