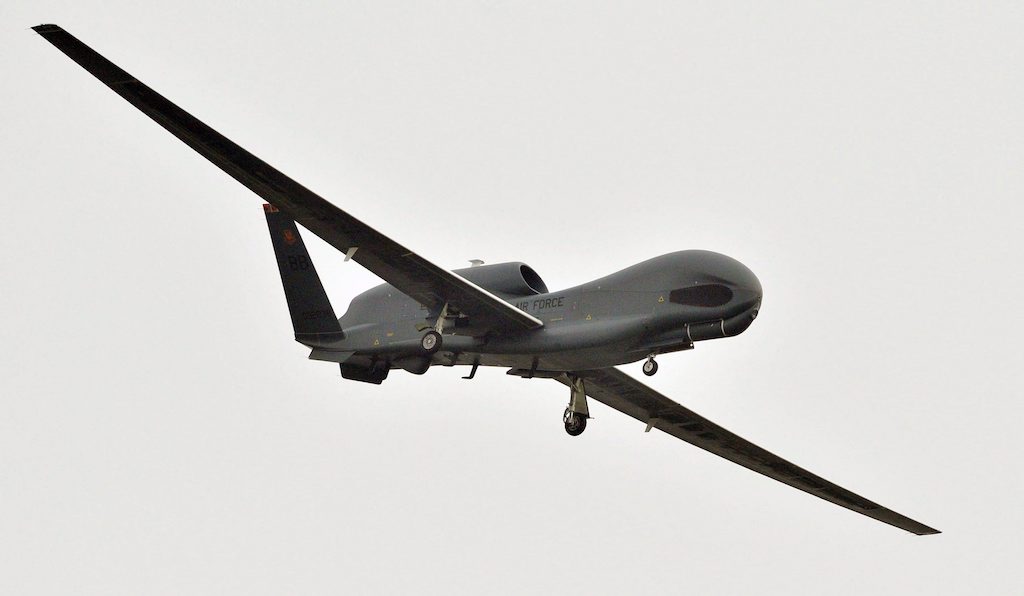 THE CANADIAN PRESS/ AP/Kyodo News JAPAN OUT, NO SALES

The new defence review identifies a wide range of harrowing and borderless threats, including the “grey zone” of hybrid warfare, ever-present terrorism and climate change.

Some of Canada’s military operations will include government-sanctioned cyber attacks and drone strikes on foreign threats, and an increased role for special forces in overseas missions.

The review says this new, elite and futuristic approach to war fighting will respect domestic and international laws.

MORE: Canada to increase defence spending by $14 billion over 10 years

However, the very nature of the cloak of secrecy that envelops almost all of Canada’s special forces, as well as the active expansion of fighting in cyberspace will likely raise questions about transparency and civil liberties.

The policy increases the ranks of special forces by 605 people. They will get new airborne intelligence, surveillance and reconnaissance tools.

The special forces are made up of elite JTF-2 commandos and the Joint Incident Response Unit, which is responsible for responding to nuclear, chemical and biological attacks, a contingent of 2,000 in all.

There are about 200 special forces commandos deployed in northern Iraq on a mission focused mainly on training Kurdish fighters.

However, Canadian special forces have engaged in gun battles in Iraq as they’ve ventured onto the battlefield for training.

And in March, the government revealed that some of the special forces took part in the battle to reclaim the Iraqi city of Mosul from ISIL when an undisclosed number of them accompanied Iraqi forces in the city.

The review says cyberspace is becoming an increasingly hostile place with an increase of state and non-state actors posing threats, and concludes that “a purely defensive cyber posture is not sufficient.”

The review says the military will launch “active cyber operations against potential adversaries in the context of government authorized military missions.”

While non-state actors – terrorists – proliferate and exploit cyberspace, the review says, “the most sophisticated cyber threats come from the intelligence and military services of foreign states.”

The review doesn’t name specific countries, but highlights the threat posed by “hybrid war,” something associated with Russia and accusations it has tried to influence elections in foreign countries, notably the last American presidential contest that brought Donald Trump to power.

“Hybrid methods are frequently used to undermine the credibility and legitimacy of a national government or international alliance,” the review said. “By staying in the fog of the grey zone, states can influence events in their favour without triggering outright armed conflict.”

That presents challenges for how Canada and its allies should respond, notably the application of NATO’s Article 5 that says an attack on one member country constitutes an attack on all 28 countries in the alliance.

The use of armed, unmanned drone aircraft will also become a feature of future Canadian Forces operations, the review predicts, as Canada faces new threats from “weaponized” drones.

Climate change is also singled out as threat, one which knows no borders, because of its ability to force mass migrations of people, which can create humanitarian crises and spark fights for scarce resources.