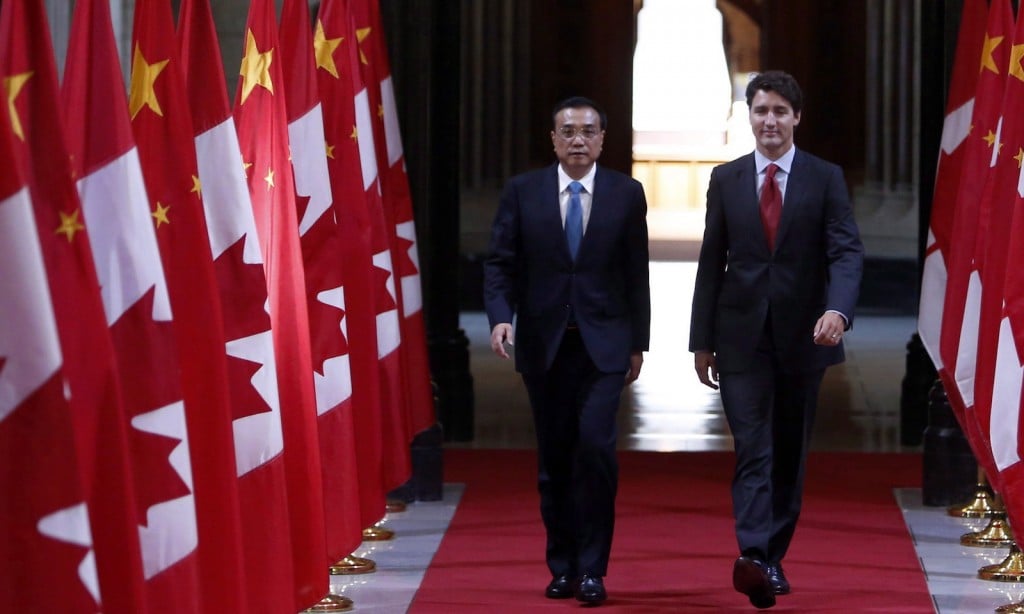 Chinese Premier Li Keqiang and Canadian Prime Minister Justin Trudeau(left to right) make their way down the Hall of Honour to take part in a signing ceremony on Parliament Hill in Ottawa on Thursday, September 22, 2016., 2016. THE CANADIAN PRESS/Fred Chartrand

OTTAWA – Canada and China have agreed not to engage in state-sponsored hacking of each other’s trade secrets and business information.

The two countries reached the agreement during a meeting last week that was part of their new high-level national security dialogue.

“The two sides agreed that neither country’s government would conduct or knowingly support cyber-enabled theft of intellectual property, including trade secrets or other confidential business information, with the intent of providing competitive advantages to companies or commercial sectors,” says a communique from the Prime Minister’s Office.

The two sides also had “candid” discussions about a possible extradition treaty, said the statement – something China wants, but that Canada has said is a long way off.

Prime Minister Justin Trudeau and Chinese Premier Li Keqiang have deepened the political engagement between the two countries with regular “dialogues” such as the security one that took place last week in Ottawa.

Cybersecurity was one the many topics on the agenda, along with counter-terrorism, combating organized crime and regional security issues such as the crisis in Syria and North Korea’s nuclear sabre-rattling.

John McCallum, the former immigration minister now serving as Canada’s ambassador to China, has previously flagged judicial issues as an area of disagreement between the two as Canada tries to deepen its economic ties.

“We disagree on the death penalty,” McCallum told a House Commons committee in March.

“We disagree on some aspects of the rule of law and privately and publicly on how the Chinese government treats human rights advocates.”