Canada wasn't in the mood for the 2021 federal election

Politics Insider for Oct. 6, 2021: A look back at a surly campaign; a caucus revolt held off; and an urgent invite in Alberta 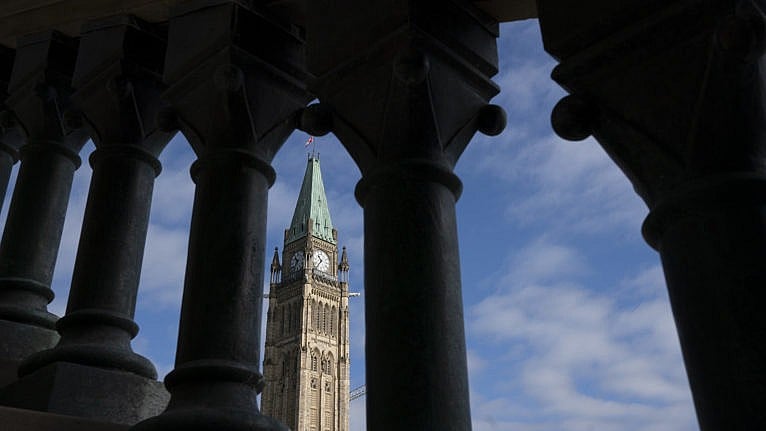 Colossal folly: In a long and emotionally astute meditation on the election in Maclean’s, Shannon Proudfoot surveys the battered, hollow-eyed nation that spent the last 19 months living through endless sneaky hate spirals, and then was confronted with an election, which, reasonably enough, it was not in the mood for.

The fourth wave of the pandemic was already gathering itself, and at that precise moment, the Afghans who had helped Canadians were scrambling onto planes at a Kabul airport if they were lucky, or being left behind in a sewage canal to try their luck with the Taliban if they were not. Justin Trudeau, having dissolved Parliament to trigger an election, purred to a bedraggled country, “We’ve had your back, and now it’s time to hear your voice.” It was like someone wandering out of the forest with sticks in their hair, dried blood on their face and eyes like lumps of coal, only to find a tidily dressed Canada Revenue Agency employee waiting to audit them: you want what from me? Are you serious? Now?

It was a surly, destructive campaign, foisted on an electorate that had run out of personal bandwidth, revealing unpleasant things about the state of this country and the problems that will still be staring at us when COVID-19 is over. It’s not a cheerful read, but it’s tough to argue with.

Not as a whole: At a news conference on Tuesday, Francois Legault refused to support a coroner’s recommendation that Quebec government recognize systemic racism after the death of Joyce Echaquan, the Gazette and La Presse report. “We cannot claim that the system as a whole is racist,” he said, contradicting the coroner who blamed racism for the death of a mother of seven, who was mocked in her final hours by health-care workers. The Parti Quebecois says the coroner exceeded her mandate, Le Journal de Montréal reports.

The family announced a lawsuit, CP reports. A Globe editorial argues that Legault, in getting into an argument about racism, is leading Quebecers to the wrong debate.

Fight another day: Erin O’Toole came out of a six-hour caucus meeting, the first since the election, to tell reporters that everything is going fine, CP reports. As expected, MPs voted to give themselves the power to review his leadership, which doesn’t mean they will. Some MPs are clearly unhappy, but he was upbeat: “This is not about a sword of Damocles hanging over my head. We’re united as a team. This is about having a fair and transparent process that a team must have when it respects one another.”

Inauthenticity: In the National Post, Tasha Kheiriddin takes O’Toole and Justin Trudeau both to task for failing to show leadership.

In other words, O’Toole had to pretend to be someone he isn’t to win the Conservative crown — and he went along for the ride. It was a far longer journey than Trudeau’s Tofino trip, with even more places to stop and say “THIS. IS. NOT. WHO. I. AM.” But O’Toole did not say that; indeed, no one said that, because the goal was to win and then figure things out after that. That left those who voted for O’Toole 1.0 feeling betrayed by the emergence of O’Toole 2.0 The lesson in both cases is that leadership demands authenticity. A real leader practises what he preaches, and asks others to do as he does, not as he says.

Downright weird: Her colleague, Chris Selley, is still trying to understand why Trudeau went to Tofino.

If more non-Indigenous Canadians than ever before are seized with addressing past wrongs and helping Indigenous people build healthier and more prosperous futures, this is a moment not to be passed up. So even after four days to process the news, it remains astonishing, inexplicable and downright weird that Trudeau used last Thursday to attend precisely zero public events, instead jetting with his family from Ottawa to a favourite vacation spot on Vancouver Island.

Vax plan: CBC is reporting that this morning Trudeau and Chrystia Freeland will unveil details of the plan to make vaccines mandatory in the public service and for travellers.

Hospital invitation: Alberta ER doctors have issued an “urgent” invitation to the premier and health minister to visit an ICU in person to witness “the unfathomable horrors” there, Global reports.

There have been more than 1,000 new daily cases of COVID-19 for weeks and Alberta Health Services has had to reassign staff to handle the surge of intensive care patients. There have been mass cancellations of non-urgent surgeries as a result. Since the end of August, approximately 8,500 surgeries have been delayed or postponed, AHS said Tuesday. This included 805 pediatric surgeries. During that same time period, AHS completed 9,100 surgeries, including 3,500 emergency surgeries and 1,100 cancer surgeries.

Perplexing: Experts are questioning the Armed Forces decision to have Maj. Gen. Peter Dawe, who wrote a positive reference letter for a sex offender, working on reviews related to sexual misconduct, Global reports.