Canada will join UN efforts in Africa for a 'long duration'

After a fact-finding mission to the region, Defence Minister Harjit Sajjan says Canada's role will go beyond traditional peacekeeping 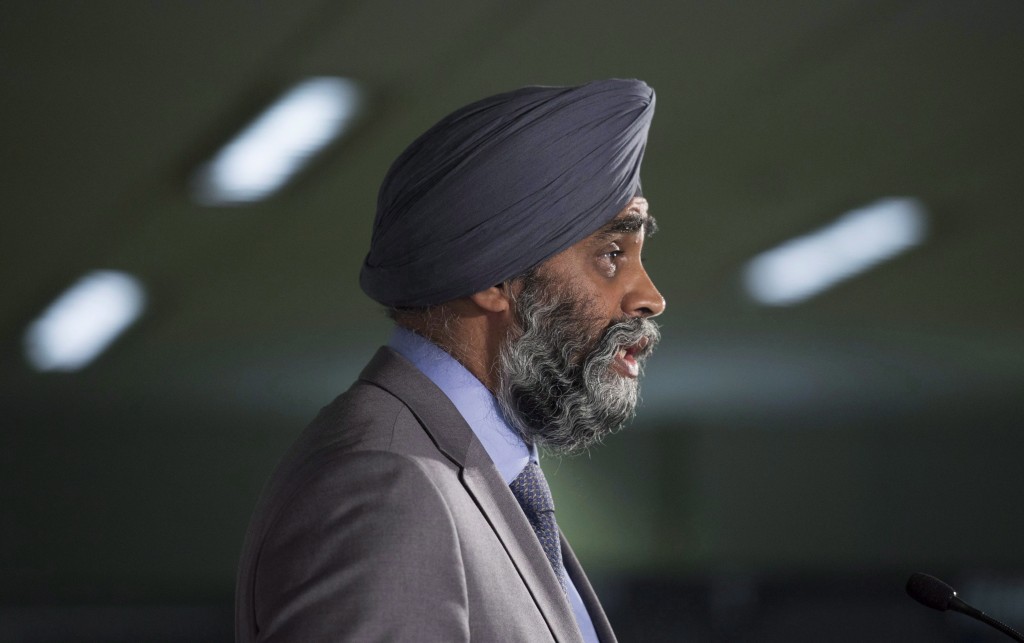 OTTAWA — The federal government will soon announce a plan to bolster United Nations peace efforts in Africa, including trans-border operations, Defence Minister Harjit Sajjan said Monday, as he wrapped up a five-country, fact-finding mission to the continent.

“I do have a number that we will be announcing shortly that we can sustain for a long duration,” Sajjan said during a teleconference from the Democratic Republic of Congo.

And while no final decisions have been made yet on numbers, timing or location, Canada’s contribution to a UN mission on the continent will involve more than the military and go beyond what would be considered a traditional peacekeeping role, Sajjan said.

Whatever form the mission takes, it will also operate beyond the borders of individual countries, said the minister.

“We need to look at the area by regions,” Sajjan explained.

“Because the groups we’re dealing with in conflict, war happens in a region,” he said.

“It’s all interconnected. If we ended up looking at problems only within the confines of borders, then we are not going to have a true impact.”

Establishing trans-border peace operations in Africa may prove difficult for the United Nations, which is already having difficulties manoeuvring through the politics of individual nations.

On Friday, the UN Security Council authorized an extra 4,000 troops to curb the latest violence plaguing South Sudan, a move that was almost immediately rejected by government officials there. That opposition was later softened by President Salva Kiir, who said he would consider the plan under certain conditions.

There has been fierce fighting in South Sudan in recent days, raising concerns that the country, which gained its independence in 2011, may slide back into civil war.

Canadian defence and foreign affairs officials have been assessing the possibility of Canada joining UN peacekeeping operations in Mali or the Central African Republic.

A mission in Mali would be fraught with risk. There are roughly 13,000 blue helmets in the country and more than 100 have been killed in ambushes and attacks since the mission was established in April to support a ceasefire between the government in the south and armed groups in the north.

As part of an effort to finalize Canada’s commitment to boost the UN’s numbers in Africa, Sajjan visited Ethiopia, Kenya, Tanzania and Uganda before making his final stop in the Congo. He was accompanied by former Supreme Court of Canada justice Louise Arbour, who is also a former UN high commissioner for human rights, and retired lieutenant-general Romeo Dallaire, who once commanded a UN peacekeeping force in Rwanda.

Defence analysts have questioned whether Canada is stretching itself too thin by contemplating multi-country commitments of military resources to Africa. Canadian Forces personnel are already involved in or preparing for training and other missions in Latvia, Iraq and Ukraine.

But Ottawa won’t task the military with anything that commanders believe they can’t handle, Sajjan said.