Politics Insider for Aug. 22: Polling on Trudeau's ethics, analysis of Scheer's climate policy, plus some news—we're hosting a leaders debate 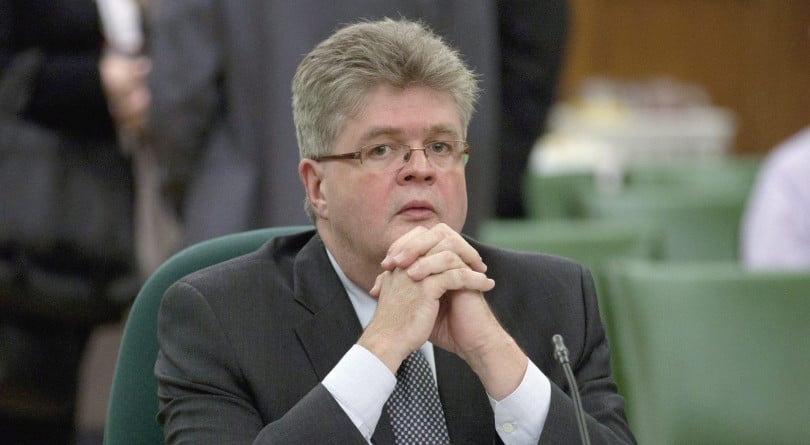 Mario Dion waits to appear before the Commons estimates committee on Parliament Hill in Ottawa on Dec. 13, 2011. (Adrian Wyld/CP)

Anxiously watchful: MPs on the House ethics committee scrambled back to Ottawa on Wednesday for the sort of vote described inevitably as first “anxiously awaited” and then “closely watched.” They had to decide on whether to call Ethics Commissioner Mario Dion to testify on his finding that Prime Minister Justin Trudeau violated the Conflict of Interest Act in, let’s call it, the SNC-Lavalin-Jody-Wilson-Raybould (SNCLJWR) affair.

Thing is, though, the committee’s Liberal majority was never going to let that happen. And didn’t. Still, our anxious watchfulness wasn’t wasted. All parties showcased high-profile MPs in this liminal, pre-campaign moment. The NDP’s Charlie Angus. Conservative Lisa Raitt. Then there was Toronto MP Nathaniel Erskine-Smith (principled or jejune, depends on your angle), the sole Liberal who voted for calling Dion to appear, and explained that he thought Trudeau was wrong to pressure JWR, but wasn’t in a conflict of interest. [Global News]

And what, pollsters are asking on our behalf, does SNCLJWR all add up to? The seers at Abacus Data doubt the affair is changing many minds, reporting that their latest poll found: “Just over a third (35 per cent) had not heard of the Ethics Commissioner’s report, while 48 per cent said they had heard something about it.  Only 16 per cent consumed a lot of news coverage on this topic… Of those who followed the story of the [Dion report] at all, 78 per cent said it did not change their opinion of what happened, while 22 per cent said it did.” [Abacus Data]

And that squares neatly with what Jason Kirby astutely noted on Twitter:

Google search interest in "SNC" in the wake of the ethics report has already petered out and never reached more than a fraction of the search rate when the controversy was unfolding this spring. Helps explain the limited movement in poll results this week. pic.twitter.com/G4RVAHX7HP

Climate-insincere vs. climate-concerned: If Trudeau’s alleged ethics lapse isn’t moving votes, it’s possible attention will swing back to other pressing issues, like climate change, which you’ll recall was supposed to be a big deal in the coming fall campaign. After what’s been another unnervingly sweltering summer across much of the world, Mark Jaccard, Simon Fraser University’s resident maven on the economics of energy and the environment, wades in with a blistering critique of Conservative Leader Andrew Scheer’s climate-change policy:

The climate plan unveiled by the Conservative Party of Canada in June 2019 is a throwback to an earlier era in which climate-insincere politicians tried to trick climate-concerned citizens into believing that they were taking action to reduce GHG emissions with information and subsidy programs alongside vague statements about GHG-reducing actions that somehow occur without carbon pricing and/or regulations. In reality, carbon prices must rise or regulations for technology and energy must become more stringent. [Policy Options]

Campaign/Construction season: With the federal election set for Oct. 21, and Trudeau expected to officially launch the campaign sometime earlyish next month, it’s interesting to ponder news that construction on the federally owned Trans Mountain pipeline expansion project is simultaneously set to resume. The company has apparently told its contractors to start “hiring and mobilization.” Visible digging in B.C. and Alberta could complicate the Liberal image: a clearer target for anti-pipeline environmentalists, a trickier one for pro-pipeline oil-and-gas sector voices. But never mind that, says Edmonton Riverbend Conservative MP Matt Jeneroux:

Recharging in Scheer country: Among the climate-change policy options Mark Jaccard touts as too often overshadowed by carbon taxes is moving faster to only zero-emissions cars and trucks. The federal government has a $96.4-million program called the Electric Vehicle and Alternative Fuel Infrastructure Initiative, meant to jump-start a Canada-wide network of charging stations. Apparently, Saskatchewan is getting a bunch:

And that’s progress for you. Charge your electric car on the lone prairie this fall as you drive out to a campaign rally, sure, but where to procure a good cigar after attending an election event in Halifax? Sievert’s is closing up shop. [Halifax Chronicle-Herald]

All this (well, maybe not the smoke shop bit) is liable to be argued about—under the presiding calm that is Paul Wells—at our newly announced campaign debate, set for Sept. 12, so mark your calendars. The Conservative, NDP and Green leaders are all confirmed, and we hopefully await word from the Liberals:

“We are continuing our tradition of early debates after the 2015 federal leaders’ debate ignited a cross-country conversation and set the agenda for election day,” says Maclean’s editor-in-chief Alison Uncles… “I have interviewed all four of the party leaders we’ve invited, one-on-one, for the Maclean’s In Conversation series in the last year and a half,” says Wells. “I’m looking forward to welcoming them again at our debate. If three show up, that’s enough. If four do, so much the better.” [Maclean’s]