Canada's angry, divisive politics are as old as Canada itself

Paul Wells: Canadian politics has always been polarized. If there’s a difference today, it’s that democracy itself is waning. 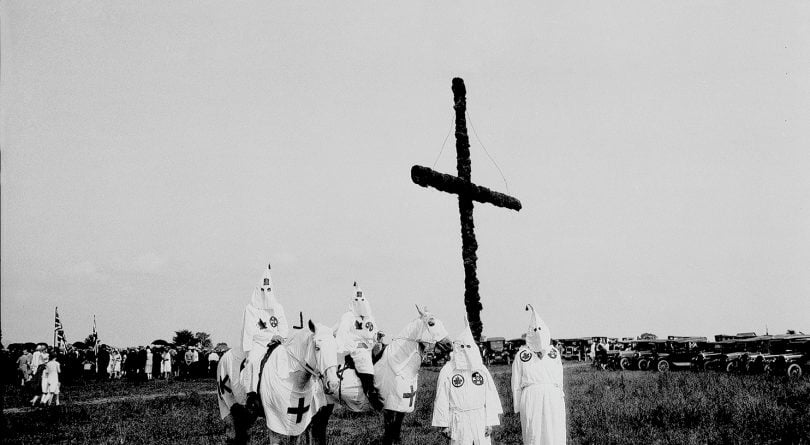 One needs to be careful about terminology. When I hear Canadian politics is more polarized then ever, I reach for a history book. As one example among many, recall that the Ku Klux Klan helped defeat Jimmy Gardiner’s provincial Liberals in the Saskatchewan election of 1929.

By “Ku Klux Klan” I don’t mean “unpleasant people.” I mean white supremacists in white robes and hoods who enjoyed adding spice to appearances by Gardiner’s candidates by burning crosses on nearby lawns. In those days, the Klan in Ontario and Western Canada paid lip service to the white supremacy of their southern cousins, but they really put their hearts into a toxic brew of anti-Semitism, anti-Catholicism and hatred of the French language. In 1922, in Manitoba, the Klan delivered threatening letters to St. Boniface College outside Winnipeg, which was francophone and Roman Catholic. Later that year, the college burned to the ground. Ten students died.

When I’m told Canadian politics has never been this polarized, I recall that Mackenzie King’s cabinet was, for several tense weeks in 1944, not entirely sure the burgeoning conscription crisis wouldn’t degrade into full-blown civil war. I recall Pierre Trudeau invoking the War Measures Act in 1970, and the subsequent terrorist murder of Pierre Laporte, Quebec’s minister of labour.

In 1993, the leader of the upstart Reform Party was greeted at several campaign stops by crowds shouting, “Racist, sexist, anti-gay, Preston Manning go away.” The RCMP burned a barn down in 1972 because they thought members of the arch-separatist Front de libération du Québec might be planning to meet members of the Black Panthers, a U.S. urban guerrilla group. Was our politics more polarized in 1972, 1993 or today?

Some politicians today worry about the cost of settling migrants who walk across the border in Quebec, Ontario and Manitoba. Ahmed Hussen, the federal immigration minister, calls such questions “un-Canadian.” He is being—what’s the word?—optimistic, maybe. The King government marked Dominion Day in 1923 by passing a law banning immigration from China altogether. The ban held for 24 years.

I think it’s fair to put a long, long prelude like the one you just read ahead of a discussion of political polarization in Canada in 2019. Despite the peculiarities of the current day—with debates over Nazi-punching and “platforming”—it takes a concerted application of selective memory to convince oneself the current period of elevated mutual mistrust is new or unique in our political culture. It’s fashionable to wonder, every few years, whether Canada has lost its innocence. A country in the grip of permanent recurring amnesia is, I guess, forever innocent.

JEN GERSON: How to harness the volatility of the populist right

Even as I try to tease out a few peculiarities of the current moment, I keep hearing echoes from the past in the present. To the extent the big crises of our history were often French-English—or Catholic-Protestant as a pretty obvious proxy for French-English—that dividing line seems less salient today. Or at least it did before Ontario Premier Doug Ford cut services to Franco-Ontarians in November and was astonished at the scale of the backlash. Or before projections for next year’s equalization payments, with a boost in payments to Quebec even as Alberta’s economic crisis drags on, revived familiar arguments about how Confederation is rigged for one group against the rest.

ANDREW MACDOUGALL: The question Conservatives need to answer before they say anything

So is the effect of changes to the financing of political parties. At the federal level, and to a lesser extent in many provinces, low limits on donations make it less appealing for parties to seek big donations from a few staid and boring billionaires. Successful parties make their fortunes $10 or $30 at a time, from individual supporters. So they need to find things to say that make thousands of people fork over $10 each. These tend to be emotionally hotter, not cooler.

Thirty years ago, it made sense for the federal Conservative party to closely mimic the way corporate CEOs thought, because corporate CEOs would reward the resemblance with large amounts of cash. Now it makes more sense to claim CEOs are in cahoots with the deep state and the likes of me, because a little applied paranoia works wonders in separating small donors from their money.

ABACUS POLL: One in four Canadians hate their political opponents

One more ingredient in the current mess is, if hardly unprecedented in Canada’s long history, certainly unfamiliar to anyone under 60 or so. That’s the decade-long crisis in democracy worldwide. For 20 years after the fall of the Berlin Wall, freedom seemed to be on the march across much of the world. Lately, it’s pretty obvious that it isn’t. The “rules-based international order,” to use a current favoured euphemism for a world that works by elite consensus, amounts to a bet: that compromise will meet its equal if offered, that trust will be reciprocated, not betrayed. Lately, that’s a lousy bet. That realization embitters everything. Including our politics.