After a visit to Rideau Hall, the Prime Minister will announce the election campaign is on. Then it's off to the races. 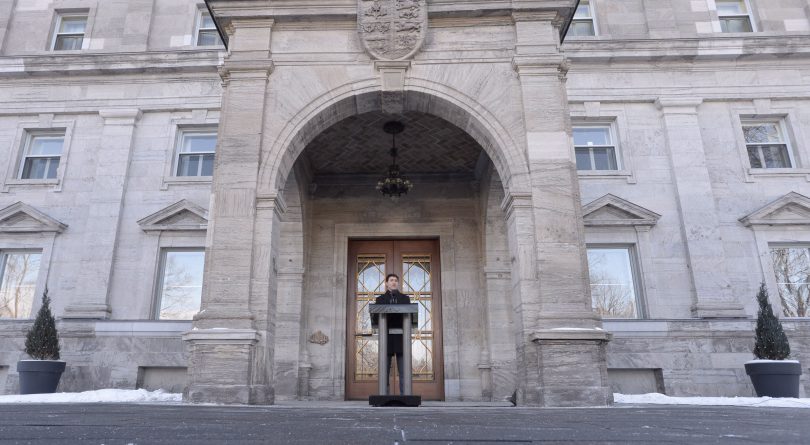 OTTAWA — Justin Trudeau will ask Canada’s Governor General to ring the bell Wednesday for a 40-day federal election campaign, one that pits a scandal-ridden Liberal government against a Conservative opposition that has yet to capitalize on the struggles of its principal rival.

The 2019 campaign leading up to election day Oct. 21 is also promising an interesting undercard: a fight between Jagmeet Singh’s foundering NDP and the resurgent Green party of Elizabeth May for third-party bragging rights.

Further down the lineup, watch for whether Maxime Bernier can punch above the weight of dismal polling numbers to make his upstart People’s Party of Canada an actual political force, and whether the Bloc Quebecois can recapture the attention of Quebecers after the party nearly dissolved in a civil war.

By the end, of course, the standings could be very different, with an unexpected champion.

All the parties have been sparring for weeks, preparing for what many predict will be a brutish battle for the 170 seats needed for a majority.

Liberal ministers have been making government funding announcements all summer long, while rarely missing an opportunity to swipe at the Conservatives for their links to some of the more polarizing figures on the political right.

The Conservatives have bounced around the country too, lashing out at the Liberals on issues like the carbon tax and the recent finding by the ethics commissioner that Trudeau broke ethics law by interfering in the question of whether SNC-Lavalin ought to go to court on bribery charges.

The ruling was damning but it didn’t appear to move the polls much in the Conservatives’ favour, indicating that for them, this campaign is not just about explaining why Trudeau shouldn’t be re-elected but also why they should.

The party had already planned to launch its election campaign on Wednesday, and Conservative Leader Andrew Scheer will first appear at a rally in Trois-Rivieres, Que., before moving on to the Toronto area for an evening speech.

“Canada’s Conservatives have been ready to go for months,” said spokesman Simon Jefferies.

“We have all of our candidates nominated. We have been breaking fundraising records. Our local campaigns are energized with volunteers.”

Volunteers on all campaigns have been reporting to their headquarters that the key issue for this campaign will be who can convincingly promise to make voters’ lives more affordable.

The Conservatives have already unveiled a handful of policies in that spirit, including a pledge to remove federal tax from home-heating bills and cut the amount of tax paid by people on parental leave.

The Conservatives and Liberals are primarily battling for centrist voters, but the NDP is focusing on folks further on the left, people who cast ballots for Trudeau in 2015 but have come to question his progressive bona fides thanks to broken promises on election reform and the SNC-Lavalin scandal.

On Tuesday, the NDP promised a tax on the super-rich to fund expanded public health coverage.

“New Democrats have the courage to make different choices. Unlike the Liberals and Conservatives who work for their rich and powerful friends, we will help people who are struggling to get by,” said NDP Leader Jagmeet Singh in Hamilton, Ont.

“Our plan is simple—we can afford to help people when we have the courage to ask the super-rich to pay a little bit more to fund the services we all rely on.”

Expect to see a lot of Singh in the Hamilton area. It’s one place where they won’t just hold seats but might pick up one or two, thanks to union members frustrated by the Liberals.

But Quebec, where the orange star used to shine so brightly is a different matter. With 78 seats up for grabs, it will be a key battleground. The Conservatives are pouring unprecedented resources into taking seats away from both the NDP and the Bloc, and the Bloc has taken in recent days to poking at the Greens.

May’s party heads into this election in one of its strongest positions ever, with two defending MPs and members in multiple provincial legislatures. She’s spent the summer shoring up the national campaign, though she’ll launch it from the relatively friendly turf of Victoria, B.C. on Wednesday.

Bernier will be alongside one of the People’s Party’s star candidates, Renata Ford, wife of the late Rob Ford, the populist mayor of Toronto whose brother Doug is now premier of Ontario.

Heading into the election, the Liberals hold 177 seats, the Conservatives 95, the NDP 39, the Bloc 10 and the Greens 2. There are eight independents—including former Liberal cabinet ministers Jane Philpott and Jody Wilson-Raybould. The People’s Party of Canada has one seat and former New Democrat Erin Weir sits as a member of the Co-operative Commonwealth Federation. Five seats are vacant.