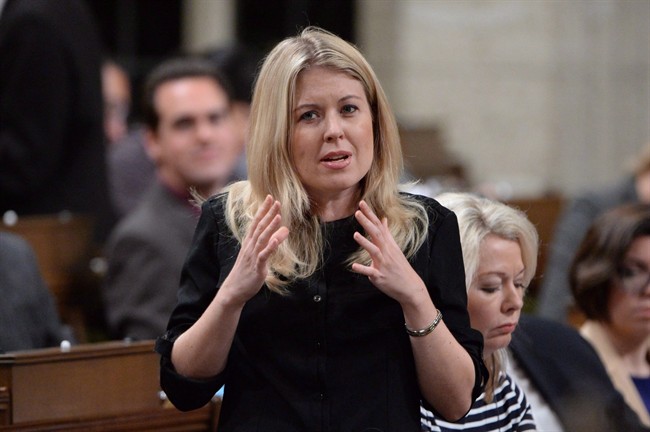 Conservative MP Michelle Rempel asks a question during question period in the House of Commons in Ottawa, Friday, April 22, 2016. THE CANADIAN PRESS/Adrian Wyld

OTTAWA – Female politicians in Canada, where a woman became prime minister nearly 25 years ago, are having mixed feelings about whether Hillary Clinton becoming the U.S. Democratic party nominee should be considered a big deal.

Conservative MP Michelle Rempel, often a vocal champion of women in politics, was asked Tuesday what she thought of so much being made — for better or worse — of the prospect of the United States being one step closer to its first female president.

“In terms of being representatives for the people, we should all be evaluated on our policies, on our positions, on our issues, on our character,” Rempel said, acknowledging it would be a significant milestone, especially south of the border.

“In some ways it’s difficult for me when we’re still celebrating women in different positions, because it shows that we’ve still got a way to go.”

Canada got its first female prime minister in 1993, when Kim Campbell won the race to lead the Progressive Conservative party after Brian Mulroney resigned from the job.

She was in the job for fewer than five months before losing her seat in the election later that year, when the Tories were reduced to two seats in the House of Commons.

There has not been a female prime minister since, although two women have served as interim official Opposition leaders: Conservative MP Rona Ambrose and former NDP MP Nycole Turmel.

Canada also has a female head of state in the Queen, as it did at Confederation.

Rempel said Canada has much to be proud of with so many strong women MPs and senators in all political parties, but also much work left to do.

“I think still we encounter obstacles that men don’t, and on that note I think we will have work to do as a country to get more women to run and win in federal elections.”

MORE: Why Clinton’s nomination may not spur more gender equality

Clinton, of course, will still have to square off against her presumptive Republican rival, the bombastic and controversial Donald Trump, to determine who is moving into the White House.

Nonetheless, Canadian women in public office acknowledged the significance of her securing the nomination.

“I have my whole life believed that having the whole population as part of the conversation is important,” Wynne said.

“So, having women and men at the table, in leadership positions, means that we talk about all of the issues that affect humanity, that affect society.” 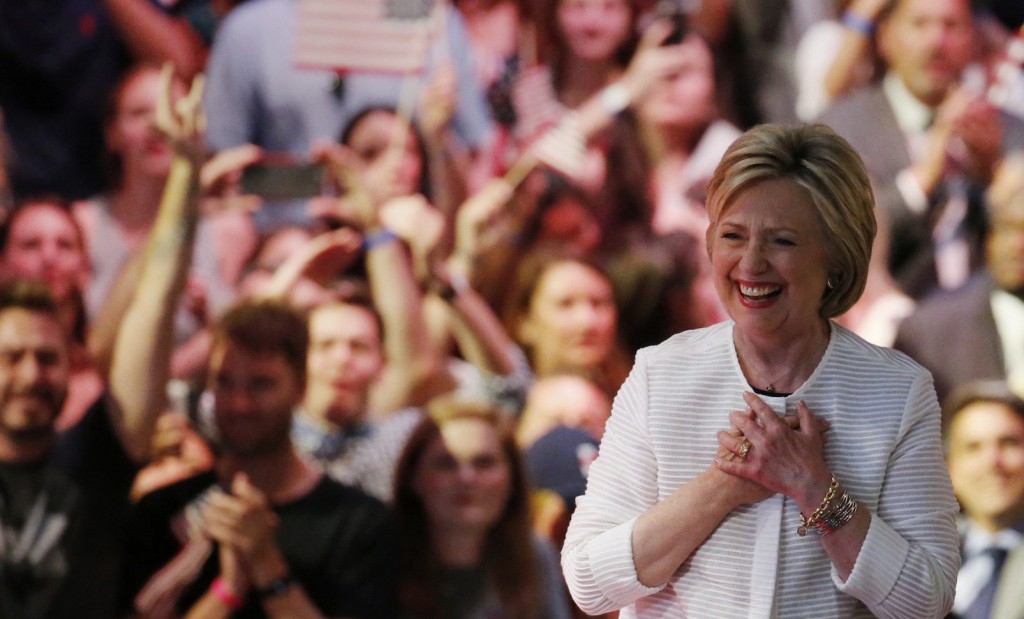 NDP MP Carol Hughes expressed delight at the prospect of Clinton as the Democratic nominee, saying all women need to be supported as they take on leadership roles, inside or out of politics.

“Whether it’s in the U.S. elections or whether it is an election here at home, we have to do all that we can to try to support women into the politics and at higher levels as well as to whatever they want to undertake.”

“I think it’s high time the American public realizes that women, who constitute 52 per cent of the population, are smart, are intelligent, know their stuff and they should be able to take the presidential position,” she said.

Ratansi also said that like many women for running for office, Clinton has had to deal with things men do not — including working harder to prove herself.

“The clothes you wear, your height, your weight, whatever, nobody bothers with the men about that. So that’s one thing that we all have in common, and number two, to be taken seriously you have to be five times more intelligent than the men.”

Green party Leader Elizabeth May — who made sure to point out that her American counterpart Jill Stein is another woman running for president this year — said she is concerned that sexism will be a factor as Clinton faces off against Republican presidential candidate Donald Trump.

May met Clinton in 1971, when Clinton’s future husband Bill recruited May’s mother to help with the campaign of George McGovern, who unsuccessfully challenged incumbent Republican president Richard Nixon in 1972.

“I know she’s tough, but I don’t think it reflects well on the state of the political culture in the United States that it will probably continue to be a bigger deal than it needs to be and it might overshadow her other accomplishments,” said May.

Wynne said she hopes that fades as the campaign wears on.

“The fact that she’s still getting grief because she’s a woman, and she is, that really is problematic,” said Wynne.

“My hope would be that as she goes into this campaign, and she gets stronger and she goes around the country, that that will diminish and that she will be seen as a strong contender, a strong candidate, and gender will be less and less relevant,” she said.