There will be a new goal in the coming year: getting ahead (and getting heard) in an unfriendly, chaotic world 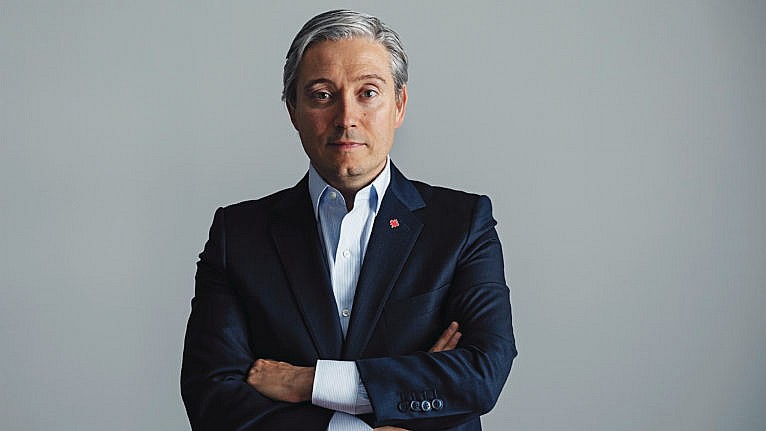 In the iconic West Wing episode “Hartsfield’s Landing”—recently adapted by most of the original cast in a special urging Americans to vote—that romantic ideal of a president, Jed Bartlet, navigates a geopolitical crisis while juggling chess games with staff. He urges them to “see the whole board.”

We hesitate to suggest that Canadian cabinet meetings sound anything much like an Aaron Sorkin script. But there is much at play in the world outside of that often less-than-romantic White House, no matter who is sitting in it. For all the relief that Prime Minister Justin Trudeau may be feeling at the end of the Donald Trump presidency, there is plenty of strategy, chaos and opportunity elsewhere.

Of course, in 2021, Canada’s biggest foreign priority will still be in Washington, as the Joe Biden administration gets settled in and lays out its priorities. “That will be a filter through which our other foreign policy issues are considered,” says Roland Paris, an international affairs professor at the University of Ottawa and a former adviser to Trudeau. But big challenges remain with another superpower, China; with a rise in illiberalism across the board; and with much-relied-upon global institutions under threat.

Trudeau’s government has never positioned itself to build a major international legacy, and domestic priorities around the pandemic and the economy are rightly taking up most of the oxygen. Parliament makes things tricky, too. “Don’t expect innovation from a minority government during a time of pandemic,” says Bessma Momani, a senior fellow at the Centre for International Governance Innovation (CIGI) in Waterloo, Ont.

But, last we checked, Canada does have a foreign minister—quite an energetic one—in François-Philippe Champagne. With the Canada-U.S. relationship headed for calmer waters and the pandemic becoming a new normal, what will his job look like—and what will Canada’s chessboard look like—in 2021?

Canada’s biggest foreign policy minefield will continue to be its relationship with China. The chief issue is China’s unjustified detainment of Canadians Michael Kovrig and Michael Spavor since late 2018, a tit-for-tat move after Canada arrested Huawei CFO Meng Wanzhou according to our extradition agreement with the United States.

Tensions have run high since then, with diplomacy in an icy holding pattern and trade disputes peppering the past couple of years, as China becomes a more aggressive actor worldwide. Dissonantly enough, Canada’s overall economic ties with China have been largely unaffected by the political crisis, explains Gordon Houlden, director of the China Institute at the University of Alberta. Writ large, China’s economic growth is deeply tied to the health of the world economy, and our allies, too, have deep stakes there. Not to mention that it is near-impossible to make real progress on global emergencies such as climate change without China’s co-operation.

READ: How to deal with a hostage-taking, extortionist China

Those complexities are why it’s so difficult to get an aggressive coalition together to threaten China on the Michaels, let alone its military ambitions or its human rights abuses—most egregiously the widespread internment of Uighur Muslims in Xinjiang province. Canada’s ambassador to the United Nations, Bob Rae, has stuck his neck out to call for an investigation into Uighur genocide, angering Beijing. Allies may be reluctant to join that call. “We can be on the side of the angels, that’s one thing, but I don’t expect rapid improvement in those situations,” Houlden says.

It’s not to say that nothing meaningful can happen. As China continues to erode democratic self-government in Hong Kong, Canada can offer asylum to dissidents and advocate for the more than 300,000 Canadian citizens who live there.

Conditions will be “quite ripe” under a Biden presidency for allies to band together on other easy-to-agree-on issues, suggests former Trudeau adviser Paris, including addressing Chinese intellectual property theft and its interference in other countries’ domestic politics. But Houlden doubts that the Canada-China relationship will warm up any time soon—and says there’s little a Canadian government of any stripe can do about it. “I’m very pessimistic that any combination of efforts by any country or group of countries, including the U.S., will free the two Michaels until the Meng Wanzhou case is resolved. There’s no movement.”

The rise of authoritarianism

Outside of immediate pressures around the pandemic, the world’s greatest challenge in general is “the rise of illiberalism,” as CIGI’s Momani puts it. Liberal democracies are no longer on the perceived upswing—not just because of power-grabbing despots (or despotic wannabes, cough, Trump, cough) but because electorates increasingly doubt their institutions.

Some of the allies with which Canada regularly breaks bread are trending this way. Hungary has become more overtly authoritarian, but important NATO ally Poland is headed in that direction, too, Momani says. Even in countries such as France, growing blocs of protectionist populism could come to strain international co-operation.

The world’s largest democracy, India, has a government that is becoming more intolerant of religious diversity, has stoked violence against the Muslim minority and is being accused of human rights abuses in the locked-down Kashmir region.

READ: The real reason authoritarian populism is on the rise: it’s simple

Canada should speak up in bold, specific terms where atrocities are committed with impunity, join with like-minded allies and back up those words with investment in civil society where possible. But there is a delicate strategic balance to maintain, argues Momani. And Canada isn’t perfect itself, despite its tendency to take a moralizing outward stance.

“We will have to continue to have relations with unfavourable governments,” she says. “We don’t have a big stick, so we should be careful what we say.”

It’s the people-to-people exchanges—dual citizens, diaspora communities, international students and trade ties—that are the lifeblood of bilateral relationships. These networks are the reason Canada can and should explore opportunities where problematic politics currently prevail, in places such as Brazil and the Philippines. And ultimately, Momani says, they are a better conduit to spread Canadian liberal democratic values than speeches from unsteady ground.

The collapse of the world order

Canadian experts argue that amid a global pandemic, and during this rise in authoritarianism, there has never been a more important time to make sure a rules-based international system is functioning. “We have thrived as a country because of the growth of the multilateral rules-based order. We’re not big enough to have global influence like the United States, China today or Russia at the time. The consistent attacks, and undermining of our existing global institutions, is a peril for us,” says Nicolas Moyer, president and CEO of Cooperation Canada. “We’ve had a taste for what a world without friends might look like,” Paris adds, “and it is bitter for Canada.”

While the U.S. is likely to reverse recent withdrawals, including from the Paris climate agreement and the World Health Organization (WHO), the domestic popularity of an outgoing president who promised a disengagement from the world shows we can’t necessarily trust them as the globalization leaders they once were, Moyer says.

Reforms are undoubtedly needed at the United Nations and institutions such as the WHO and the World Trade Organization (WTO), but to dismantle them entirely is to give up on the idea that international norms should be striven for, let alone that they are achievable. To Champagne’s credit, Canada has already established an “Ottawa Group” to discuss WTO modernization. With the WHO, Canada has a real opportunity, says Moyer. “This is one of those places where Canada could play a really leading role as a friendly and productive global actor.”

Canada can lead rhetorically but also with investment, Momani says. “The mood globally is that many countries are going to be pulling their funding, or decreasing their funding. So there’s an opportunity for us to really put our money where our mouth is.”

A search for new friends

Outside the crucial relationships that this country prioritizes—ones that Trudeau will heavily influence himself—other small, strategic moves could pay major dividends later. More than half of Canada’s GDP relies on exports. Companies could better leverage the market access they already have through free trade deals with Europe, Japan, Australia, Vietnam, South Korea, Chile and others, Paris says. They shouldn’t put all their eggs in one America-shaped basket. “We do need a strategy of diversiﬁcation,” says the University of Alberta’s Houlden. “The centre of gravity of the international economy is moving to Asia. Canadians are blissfully unaware of that.”

Canadians would do well to revisit their strategy in Africa, too, notes Moyer. That’s where the world’s fastest-growing populations are. But in recent years, some Canadian missions to Africa have shuttered. Even modest diplomatic investments there could yield significant fruit later. Moyer posits: “Wouldn’t it be extraordinary for Canada to be the first country to negotiate a free trade agreement with the African Union?”

Of course, foreign policy is rarely a ballot-box question. But experts agree that the sort of long-term investments that would keep Canada relevant in the coming decades require cross-partisan support and political will. While their focus may be keeping each other in check, political adversaries should be able to get on the same side of the chessboard and, together, think several moves ahead.

This article appears in print in the January 2021 issue of Maclean’s magazine with the headline, “Ottawa’s gambit.” Subscribe to the monthly print magazine here.