We asked Toronto demonstrators why they're opposed to Bill C-51. The answers were as diverse as the participants 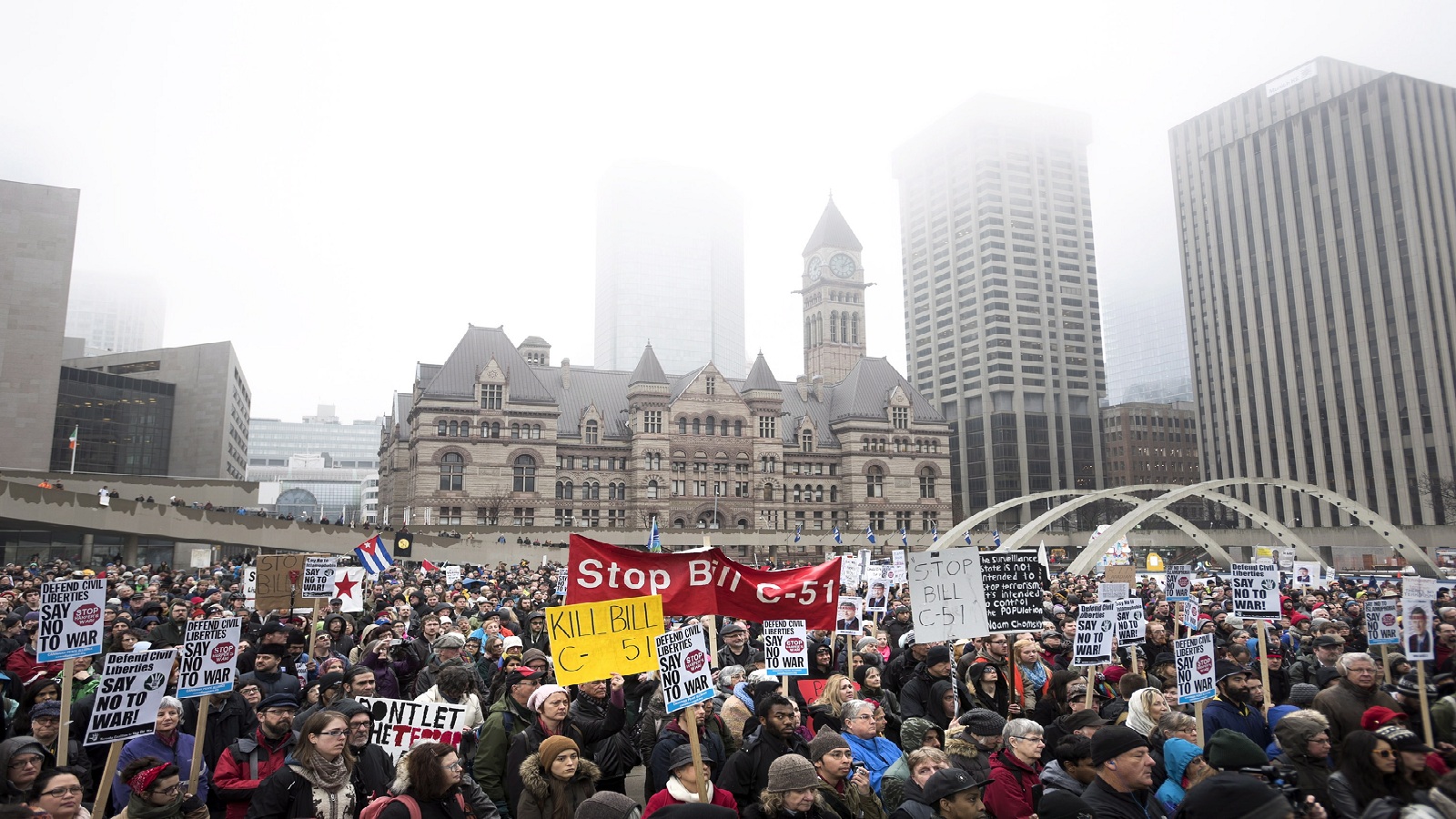 Thousands of Canadians turned out in dozens of cities on Saturday to protest the federal government’s proposed anti-terrorism legislation, Bill C-51. If passed, the law would allow government agencies to share information more easily. It would also add a new Criminal Code offence for “knowingly advocating or promoting the commission of terrorism,” along with a number of other amendments to current laws.

Read More: Everything you need to know about the Anti-terrorism act, 2015 (Bill C-51)

Despite the damp and gloomy day, turnout was high at the Toronto protest dubbed “Defend our Freedom.” We asked demonstrators why they’re against Bill C-51. Here are a few of their answers: