'Change' or just more of the same? It's campaign slogan déjà vu.

QUIZ: The Ontario NDP is offering 'change for the better'. They're not the first. Match these campaign taglines to the leader and election. 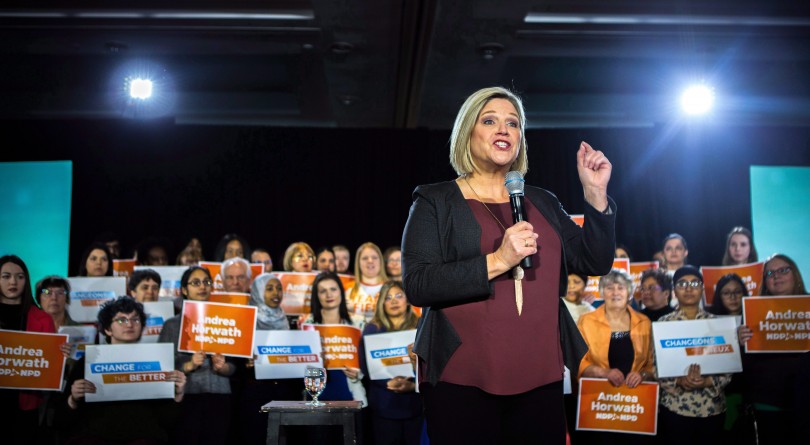 Andrea Horwath and the NDP would like you to know they’re nothing like the other two contenders in this Ontario election. The incumbent Liberal government under Kathleen Wynne clearly aren’t cutting it, but you don’t want to find out what a Doug Ford-PC province would be like. So why not choose “Change for the better”?

The NDP’s chosen slogan sounds like it came out of a pablum generator, but plenty of candidates and parties have struggled to find a message that resonates with voters  and conveys what they are is promising.

Campaign taglines only rarely live beyond their elections. For every “Morning in America” (Ronald Reagan, 1984) that features heavily in a politician’s iconography, there’s a “Kinder, gentler nation” (George H.W. Bush, 1988). In Canada, parties have oscillated between grandiose—“King or chaos,”  William Lyon Mackenzie King’s Liberals proclaimed in 1935—and the painfully prosaic—“Proven leadership for a strong Canada,” Stephen Harper and the Conservatives promised in 2015.

“Change” is a popular theme for opposition parties to run on, a well-understood code for “throw the bums out, and let us run things instead.” Anti-incumbency is a powerful force, if you can trigger it.

You don’t even have to be running an insurgent bid to employ the word successfully. In 2008, the Progressive Conservatives stuck “Change that works for Albertans” on the side of Ed Stelmach’s bus. It worked—the party that had already been in power for 37 years at that point was returned with an increased majority. The PCs were finally ousted in 2015 by Rachel Notley and the NDP, the rare outsider campaign to eschew the theme of transformation for the promise of “Leadership for what matters.”

“Change” slogans transcend levels of government, political systems, continents and eras. Try to match these 12 taglines to the combination of leader, party and election. The first one’s a gimme.

(If you’re unable to see the quiz below, view the original post here.)