Got a degree? You're more likely to vote

There is a well-established positive link between advanced schooling and voting. During the 2011 federal election, the voting rate among people with a university degree was 78 per cent—and only 60 per cent or lower for those with a high school education or less. For some age groups, that gap is even bigger. Among people aged 25 to 34, the difference in participation between those who had a university education and those with less than a high school diploma was 42 percentage points. Age is only a minor factor in voting rates for university-educated voters, which tick up only slightly as voters grow older. Rates for those with high-school education or less, by contrast, vary widely across all age groups. 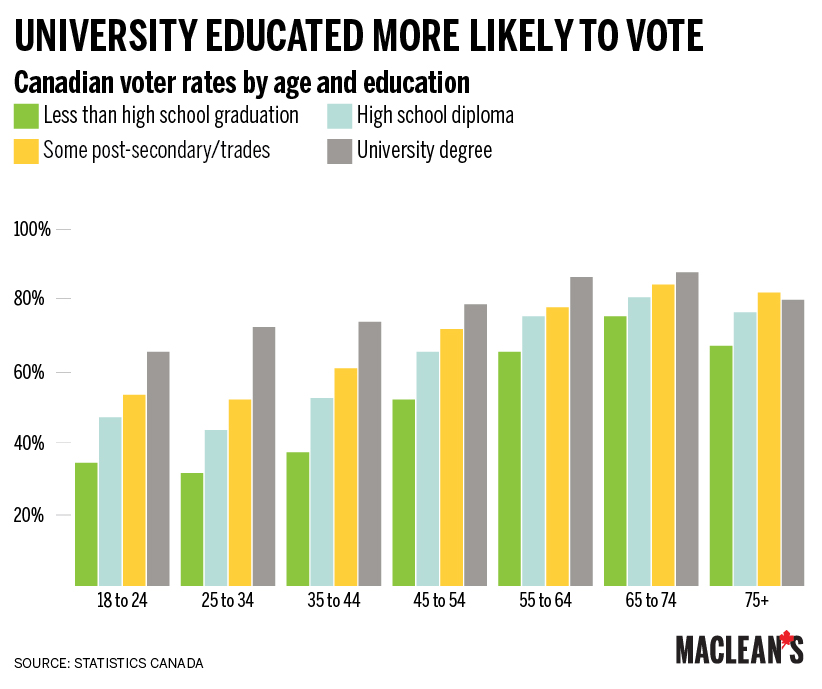