Chart: How do your kids vote?

This is what happens when you let kids cast a ballot: results that are surprisingly true to reality

More than half a million Canadians under the age of 18 will soon vote for their party of choice. Supported by Elections Canada, Student Vote runs parallel federal elections for students. In 2011, 563,498 students across Canada cast a ballot. This year, a record 5,000 schools from all 338 ridings are registered to participate. Not only does the organization provide important civic education, it also allows for an interesting glimpse into the political inclinations of the young. This year’s results will be released on election day. In the meantime, take a look at how children voted in the 2011 election. 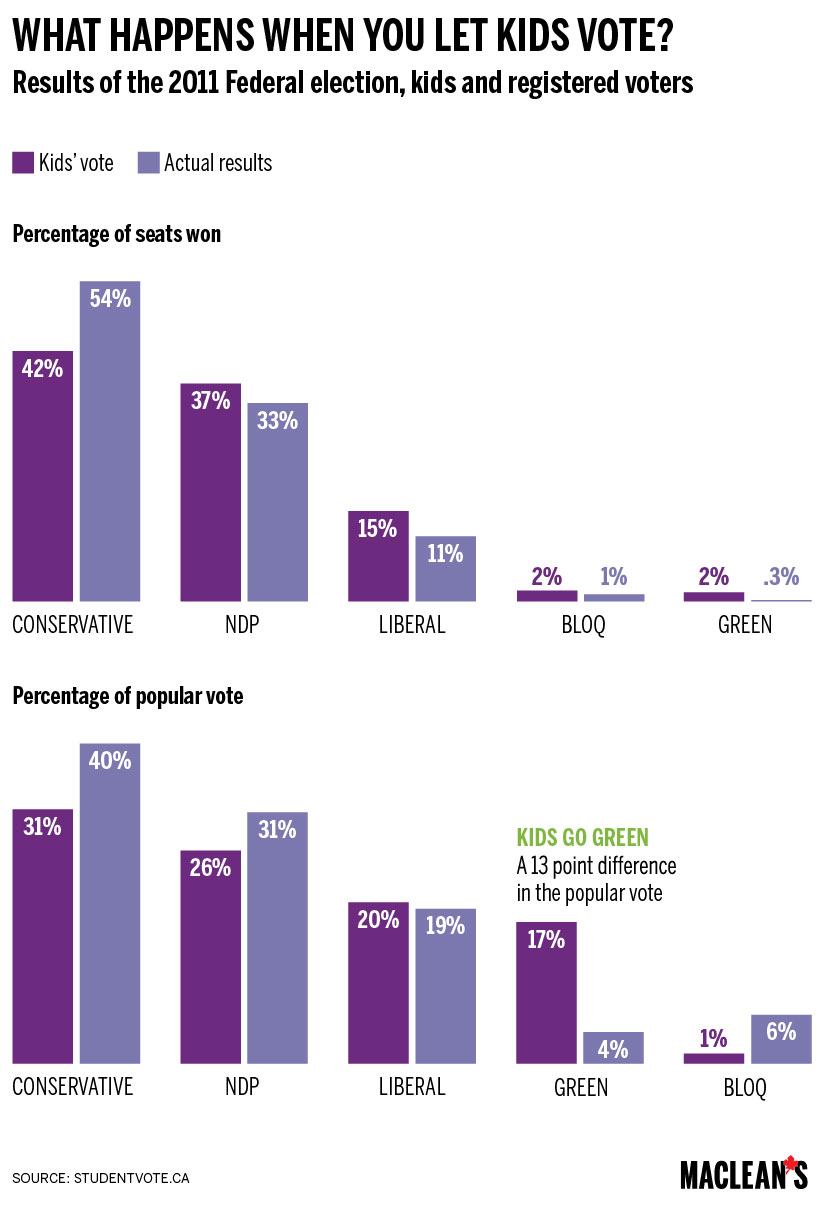