Chart: Where do you get your news?

Older folks like their TVs, while young ’uns are more likely to go online

Young Canadians are less likely to follow news and current affairs on a regular basis, and they use different media sources than older individuals. These trends came to the fore in a recently released Statistics Canada report on civic engagement among youth.

Where do we go to keep on top of current events? The large majority of Canadians use television to catch up on news and current affairs (75 per cent). Overall, 58 per cent of people use the Internet to stay informed, and almost the exact same percentages of people stick to newspaper and radio (49 and 48 per cent, respectively). Check out the chart below, where we graph only the habits of the young and old. There’s quite a difference. Head over to Statistics Canada if you’re interested in seeing the breakdown for other age groups. 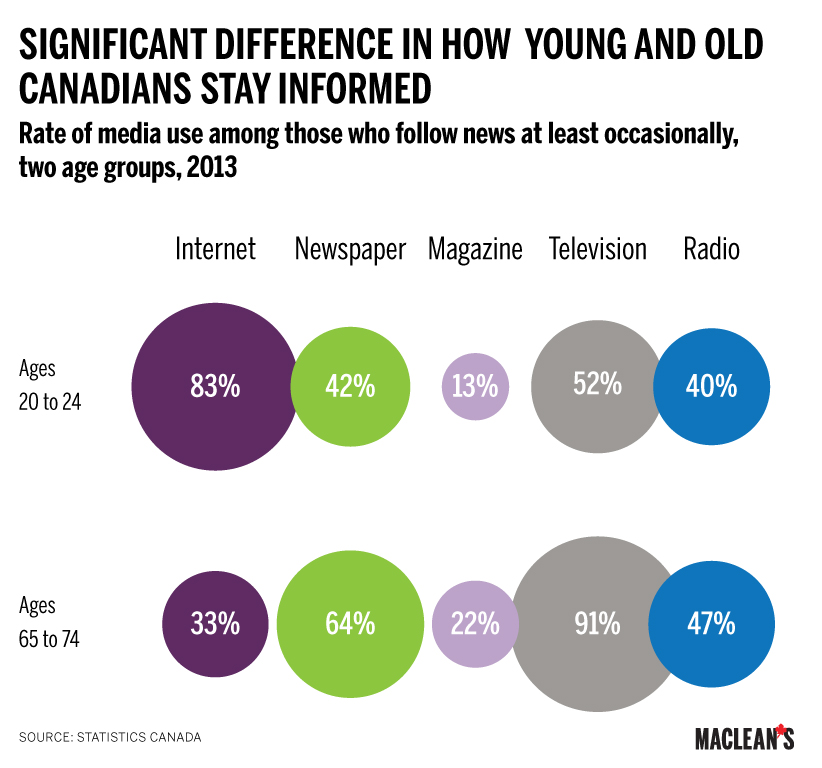